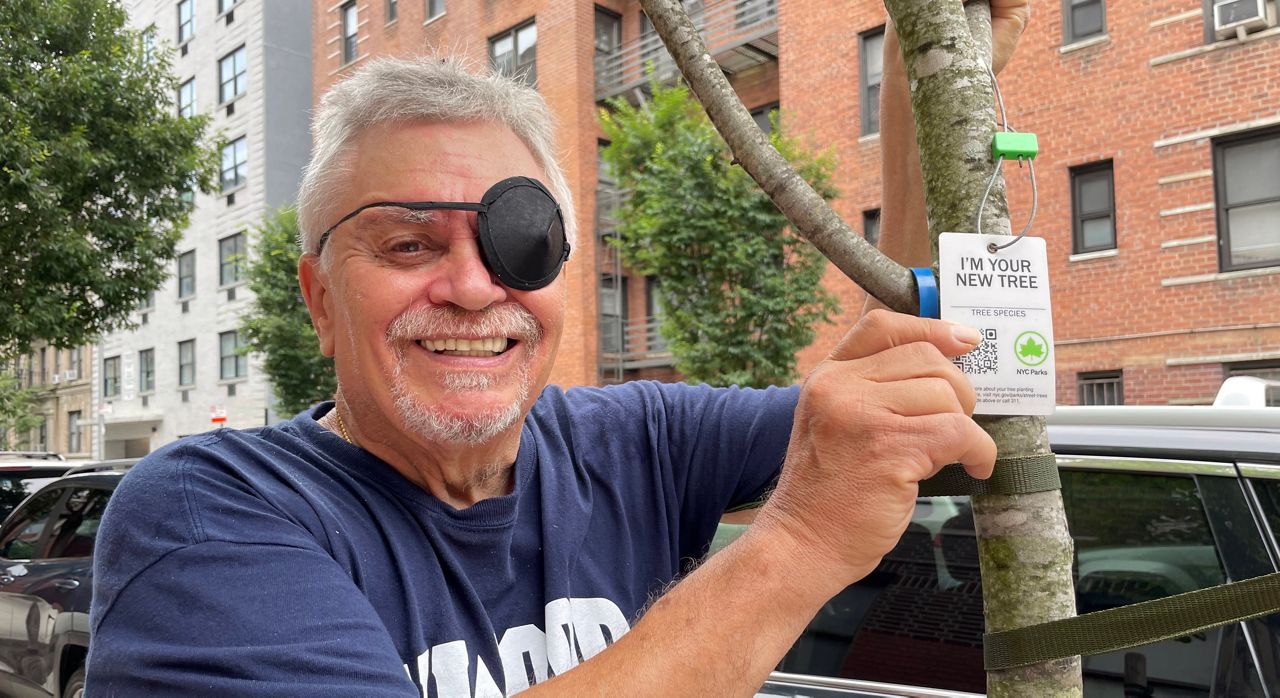 NEW YORK — In Inwood, there’s no shortage of flowers and at first glance, no shortage of trees. Jim Kushner put his green thumb on display in 2006, starting the Rotary Club of Inwood. His mission was to make what he calls “Upstate Manhattan” even greener.

After noticing just how many trees had died in the area, Kushner got to work. It took three years of writing to the state legislature, but he’s managed to replace 100 of the dead or damaged trees and is waiting for 30 more. Even now Kushner is thrilled by what his efforts have accomplished.

“I was shocked. I was walking down the street and thought, ‘There’s something different here and I can’t figure it out’ and I’m walking underneath the trees and then it dawned on me. ‘Oh my goodness, they put the trees in,” Kushner said laughing as he walked down a treelined block.

Kushner’s latest efforts are aimed at getting protective fencing for the new saplings. His leadership and example have inspired his community.

“When we started putting up the fencing around the trees, other people started seeing what we were doing and said, ‘Hey, that’s a good idea. I guess I’ll do that too,” Kushner said.

Over the last couple of years, Kushner says building supers and neighbors alike are making sure the trees near their buildings are well maintained.

“People see the tree pits and the trees and they think, ‘Why can’t we have one in front of our house?’” Kushner said.

Kushner’s hope is that by beautifying the area, business owners will get the attention they need to get back on their feet. At the very least, he hopes the flowers bring his neighbors some cheer.

“If putting people in a good mood and a smile on their face doesn’t help. I don’t know what else to do,” Kushner commented.

While Kushner waits for his trees and fences, he’s plenty busy helping out with four community gardens in the area. Making sure the flowers in Maria Lall and Bruce’s garden continue to bloom.

“I planted them. I’ve financed them. I’ve been out there getting my hands dirty, just seeing that they get done,” Kushner said.

It’s a legacy Kushner hopes to leave behind and with the strength of the community behind him, he has no doubt it will continue for generations to come.

“It’s a massive project. I’ll be dead and hopefully it’ll still be going on,” Kushner joked.

For planting for the future, Jim Kushner is our New Yorker of the Week.