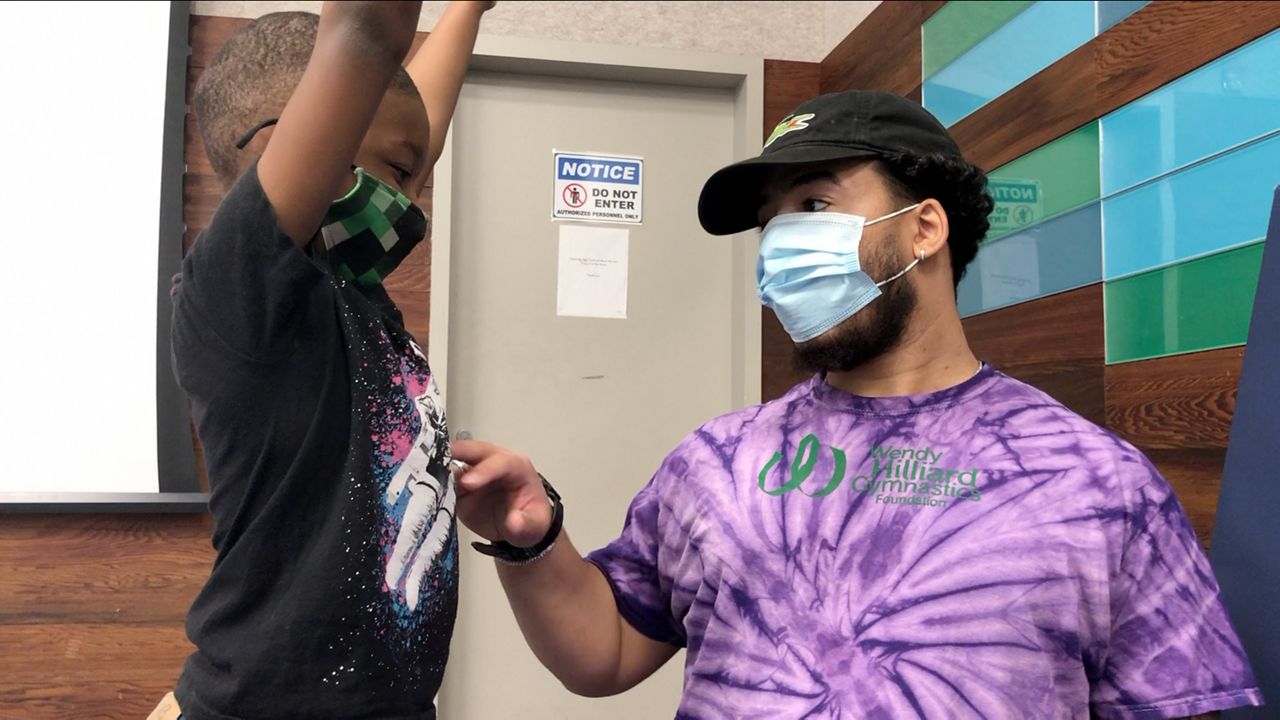 Our New Yorker of the Week uses gymnastics to empower children. It's a sport he learned as a teenager that helped him overcome some tough times.

Dennis Rivera Lopez is a coach with the Wendy Hilliard Gymnastics Foundation. The nonprofit uses gymnastics to provide physical and mental exercise in underserved communities.

"It feels amazing, the smiles on their faces," he said. "They're enjoying themselves."

Rivera Lopez joined the foundation as a teenager after years of teaching himself different moves.

With help from the Foundation, the Harlem native went on to compete in national power tumbling and trampoline tournaments.

It's something that helped him with lifelong medical challenges. Rivera Lopez has hydrocephalus, which is a build-up of fluid deep in the brain. It can be fatal if left untreated. But Rivera Lopez kept at it, even when his doctors wanted him to quit.

"The foundation, they treated me as, you know, equal," he said. "They didn't look at me differently. If I wanted to do a skill, they were like 'You know what? Go for it. Just be safe.'"

Now Rivera Lopez is the one encouraging kids to try new moves as their coach. He has trained hundreds of kids over the years while also giving his athletes a space to talk about their feelings.

"It's really something to inspire kids, to motivate them to work hard to go day after day so that they get better," Wendy Hilliard, the rhythmic gymnast who started the foundation, said. "That's a special gift that Dennis has."

"When the kids are this excited, it brings my energy up," Rivera Lopez said. "So it feels great."

For using gymnastics to power through illness and motivate others, Dennis Rivera Lopez is our New Yorker of the Week.