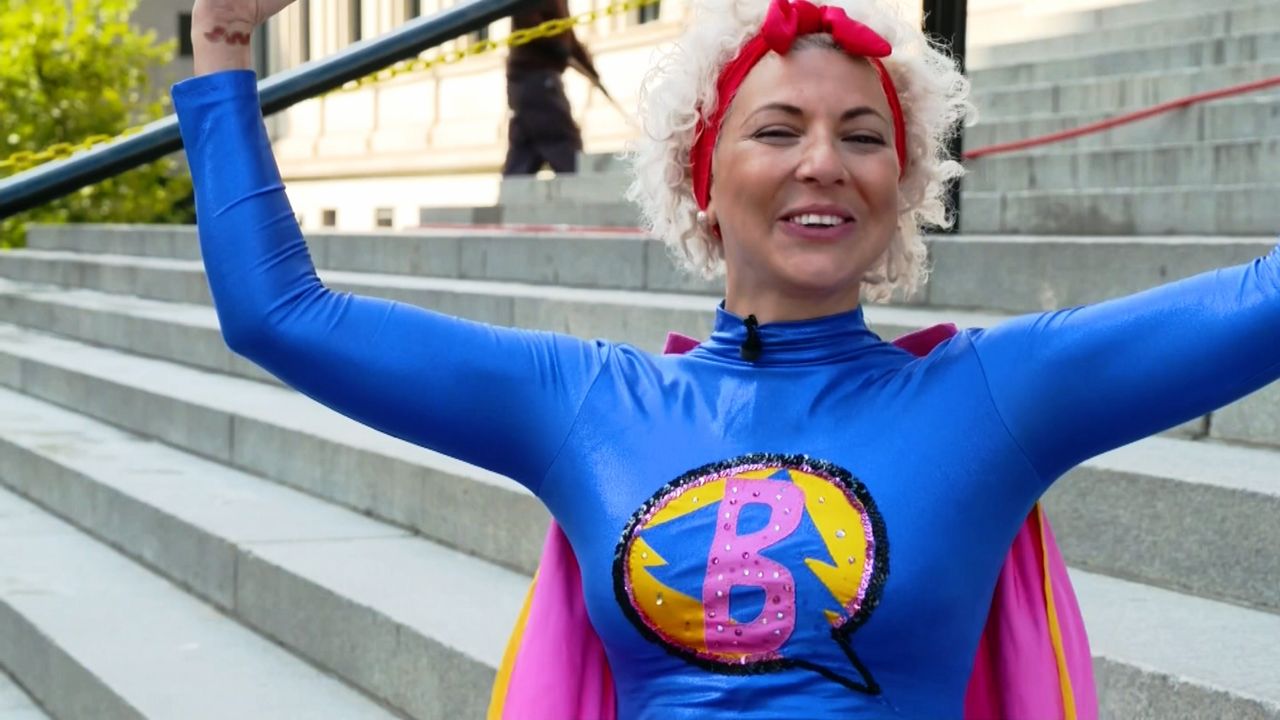 NEW YORK - Boriana Tsvetkova is upbeat now. But almost two years ago, the actress got a diagnosis that upended her world: breast cancer.

"For the first time in my life, I'm experiencing something like this with so much pain that you want to die," Tsvetkova said in a video diary she recorded while she was going through her treatment.

She was 33-years-old and facing 36 rounds of chemotherapy and a bilateral mastectomy.

"When I was diagnosed with cancer, I said I have to turn all this energy into something," Tsvetkova said.

So she turned to Super Bianca. It’s a character she played for three years on television in her native Bulgaria.

"The idea of Super Bianca is to help other people in general. So I help other patients," Tsvetkova said.

She interviews them about their challenges, asks them if they believe in superheroes  and encourages them to see themselves as heroes.

Tsvetkova's mission is to compile those interviews. She filmed some Bulgaria and some in New York. She’s putting them into a feature-length documentary called "The Real Superheroes."

"I want to prove that the real superheroes, they exist these days. This is not a fairy tale or a comic book," Tsvetkova said.

"That makes me feel great but she's my superhero," said Lehman. "I'm so proud of her that she was able to use what was difficult for her and instead use that to help other women."

So, for summoning her own superpowers to help others facing challenges, Boriana Tsvetkova is our latest New Yorker of the Week.