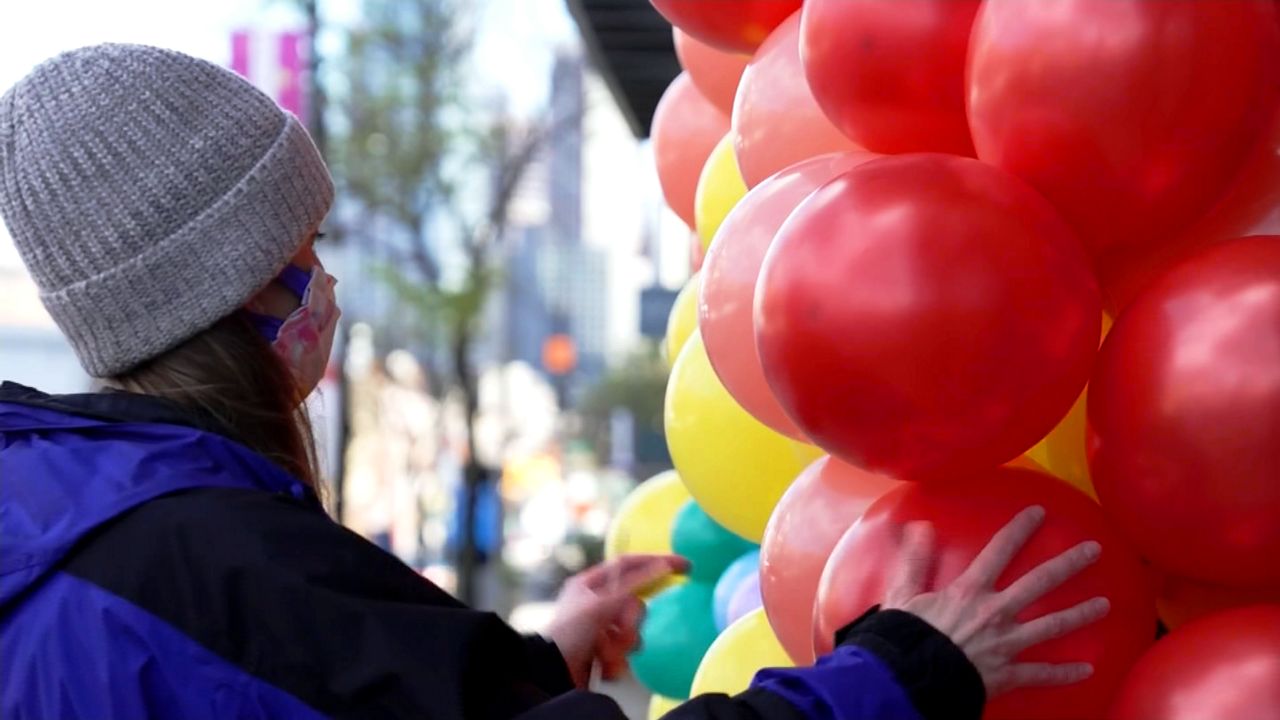 But, still, the artist is focusing on giving people a reason to celebrate and smile.

The small business owner sells garland, party backdrops and creates sculptures made out of balloons.

Her stock room was full of supplies, ready for a calendar full of events. Many were canceled because of the coronavirus crisis.

"I think it threw everyone for a loop, especially in the event industry. And the fear is real because we don’t know when events will begin again," Cartagena said. And even though her business is going through trying times, she’s making use of those leftover supplies, finding a way to cheer up her Brooklyn neighbors - many of them also small business owners, struggling to stay afloat.

Cartagena says it broke her heart to see so many shuttered stores and restaurants in her Park Slope neighborhood.

Wanting to make a difference, she launched “Project Balloon Bomb.”

“I was looking at the gates and a lot of them either had the holes in them or they were just metal or magnetic anyway, so I thought it’s really perfect for balloon installations," Cartagena said.

As part of the project, Cartagena builds giant rainbow balloon sculptures on the gates of temporarily closed storefronts.

“It’s so bright and colorful, it’s just a really positive thing to put out there for people to see," Cartagena said.

Over the last few weeks, she’s created 10 sculptures and plans for more, in an effort to brighten up the neighborhood.

Cartagena is partnering with the North Flatbush business district to adorn gated businesses with a symbol of hope.

So, for using something as simple as balloons to remind Brooklyn that better days are coming, Christina Cartagena is our New Yorker of the week.