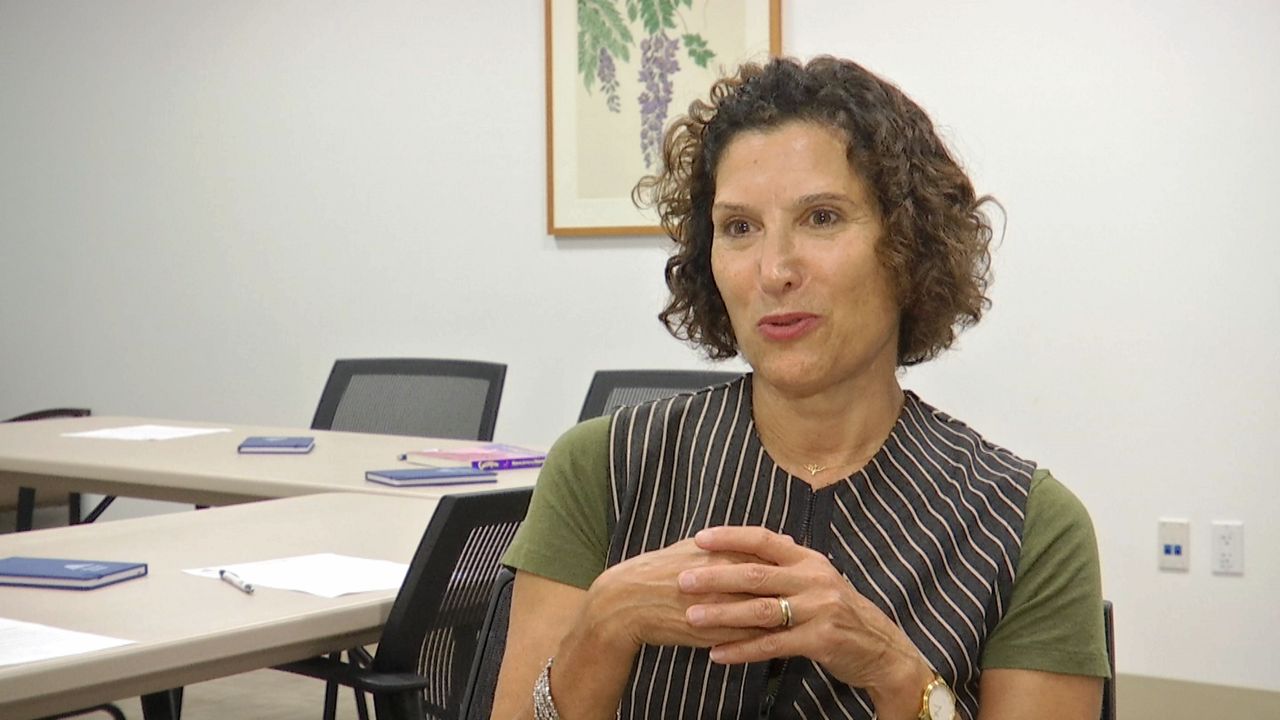 Breast Cancer Survivor Helps Others Fighting the Disease Through Writing

"It was shocking," she said. "It's like having the floor drop out from underneath you and then you're still standing."

The Lower East Side resident was diagnosed in 2008. She underwent three years of intense treatment - surgery, chemotherapy, and radiation – to eventually beat the disease.

Rubin says keeping a journal is one of several things that helped her get through that time.

"One of the journal entries was when I had no hair. I was on the subway, and a young fellow who also had a shaved head came up and fist-bumped me," she said. "That was just an acknowledgment of my presence in the world, and so the writing in the journal acknowledged that."

Rubin had always been a writer – she had even published a novel - but didn't realize how healing putting a pen to paper could be until her diagnosis. Now, she shares what’s she’s learned with others in treatment at Mount Sinai.

Every week, Rubin hosts a two-hour writing workshop for cancer fighters and survivors.

Rubin helps her students find their voices through poetry and storytelling.

"As I used to tell my co-workers, 'I'm going to therapy - I'm going to get my sanity.' Because being in the writers' workshop gives me that," said Shawn Smith, a participant in the workshop.

"There's a period of when I leave the workshop, I'm just very joyful, and happy, and want to continue thinking of something other than what's going on with me," said Susan Massad, a participant in the workshop.

Giving others who bravely fight for their lives that kind of outlet is what motivates Rubin week after week.

"What is interesting and amazing to me about the workshop is that for those two hours that they're writing, that other stuff is just gone," Rubin said. "I can see the energy of someone. I've seen people come in and they're exhausted from treatment or just from life, and they come in to write and something changes."

For helping these men and women turn to a new page in their healing journeys, Emily Rubin is our New Yorker of the Week.