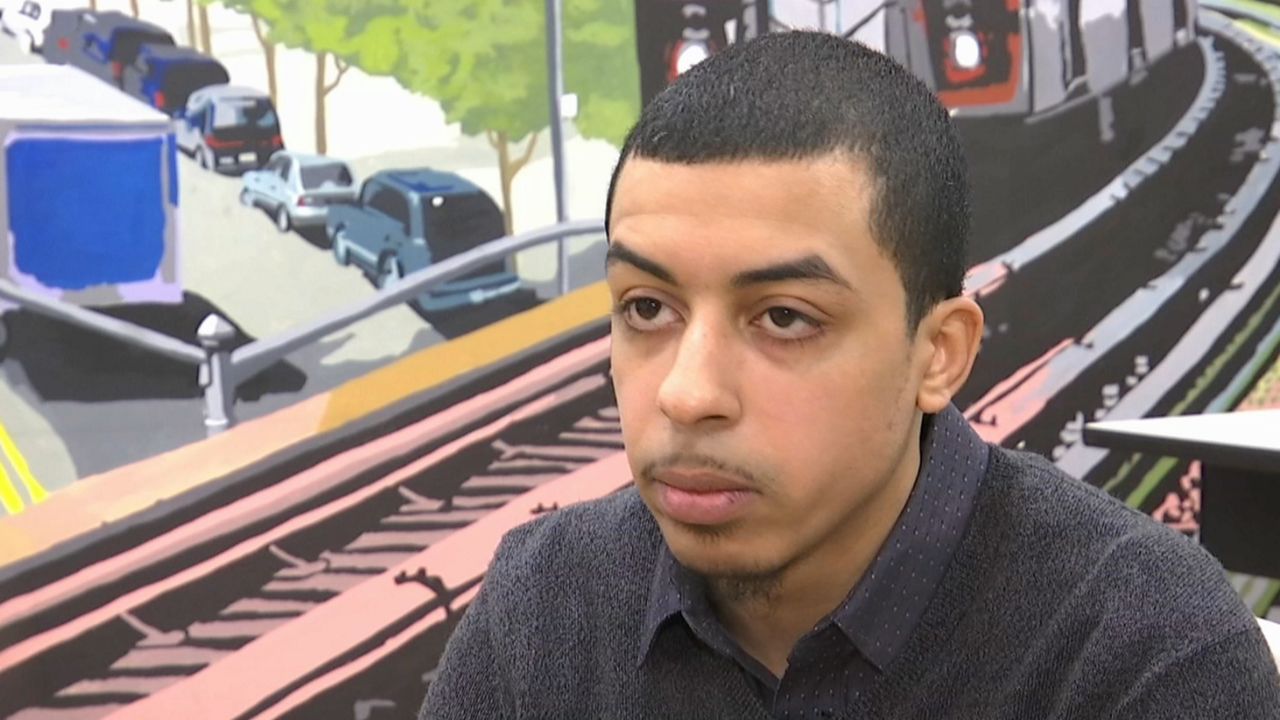 Miguel Ortiz: After Years in Foster Care, Mentor Helps Those Like Him

The odds were stacked against Miguel Ortiz.

"I was 12 years old, I was sitting in my house, there was a knock on the door," our New Yorker of the Week said. "Mom opens it, it's ACS [Administration for Children's Services], cops, and they said, 'We're here to take you away.'"

The now-24-year-old spent his teen years living in foster care. Growing up in an unstable environment and with little support, Ortiz says he never thought a high school diploma — let alone a college degree — was in the cards for him.

Ortiz says things started to turn around when he met a coach from "Fair Futures," a coalition of child welfare agencies and non-profits. The organization provides resources to those who age out of the foster care system — with things like academic, career, and housing support. Without this guidance, Ortiz says he would have become another statistic.

Instead, he's a college graduate and pays it forward to current foster youth. Ortiz is now a mentor with Fair Futures, helping guide young people through school, giving them encouragement and a shoulder to lean on.

"People like Miguel, as young as he is, who can relate, who have been through the system, who know the struggle — he's able to relate to them on a different kind of level, to the point where they really understand it's not just, 'Oh, he hears what I'm saying.' No, he's actually listening," mentee Alexander Santana said.

Ortiz says he has made it his mission to fight for more resources for foster youth and will continue to be an advocate for people like himself.

"We have so many talented people in these impoverished communities," Ortiz said. "I mean, we have future presidents in these communities! And we're just letting these kids slip. Why?

"That's what coaching is all about: bringing out that potential, giving navigation, and last, but not least, support."

For providing that support and being the leader these young people need, Miguel Ortiz is our New Yorker of the Week.