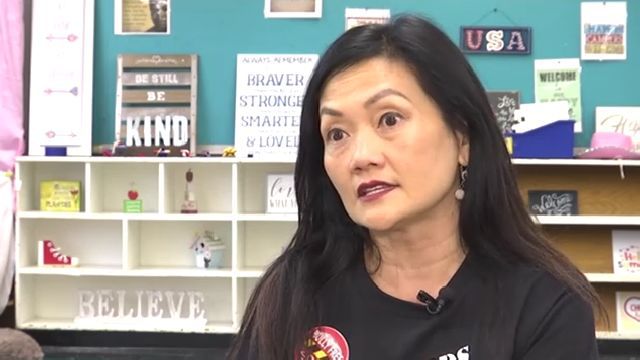 Esther Yang says sadly, bullying was very much part of her childhood.

"I was never chosen to be a partner for anything, for chemistry lab, for the gym, for anything like that, and I was just kind of like invisible," Yang recalled.

But she didn't let that hold her back as an adult. Instead, the Upper East Side resident used her experiences as a child as inspiration and an opportunity to teach today's kids kindness - something she says did not receive much of from her peers growing up.

Kids learn just as the name suggests - healthy eating habits, yoga, karate - this while also learning teamwork and what it means to be responsible.

Since launching in 2014, hundreds of kids have been given a creative outlet and safe space in Yang's classroom.

"The most important thing is not just kind words, kind acts, it's also how to win together and how to coexist," Yang said.

At sites in both Manhattan and Brooklyn, Yang serves not only as a teacher and mentor to these young people, but also as a role model.

"It almost sounds like a joke to say that there are real humanitarians, real people who want to make this world a better place - that's actually her. What she brings to these kids is this feeling of love," said Naama Laufer, a parent.

It's something she hopes all children grasp on to, while learning from her experiences as a kid.

So for bringing light and teaching kindness to some of our city's youngest residents, Esther Yang is our New Yorker of the Week.