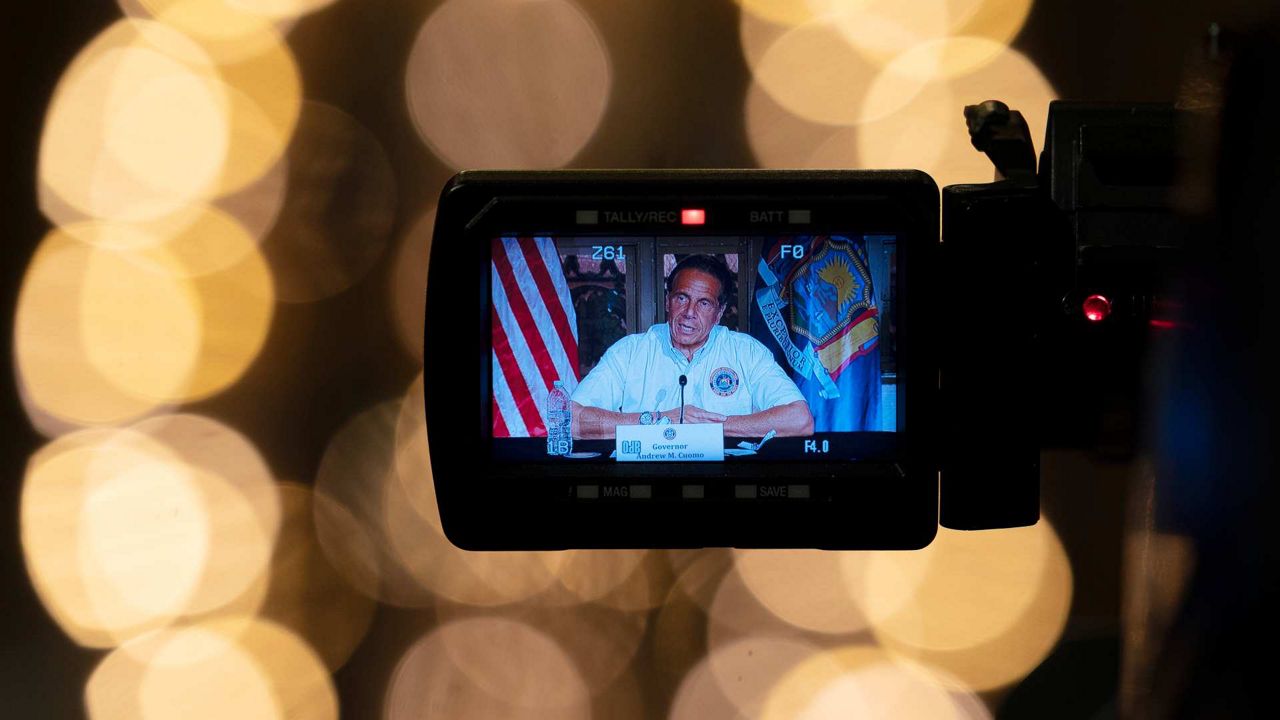 For months, former Gov. Andrew Cuomo through his attorney Rita Glavin has sought to claim he never sexually harassed any of the women who have accused him of inappropriate behavior.

And now Cuomo is dipping into his campaign account to fund TV ads as he continues what has been a multi-pronged effort to rehabilitate his image less than a year after his resignation.

"The governor hasn't challenged the credibility of a number of them," Glavin said earlier this month. "What they are alleging simply doesn't rise to the level of sexual harassment."

The effort is taking a new direction on Monday when Cuomo will release a statewide TV ad seeking to further refute the claims leveled against him.

The ad buy is expected to air statewide and will exceed a six-figure buy. It's not clear what the content of the ads will be, and a spokesman for Cuomo said multiple versions are being considered.

Cuomo may be trying to resurrect his image with voters, but has also faced questions beyond the allegations of sexual harassment. His administration was accused of undercounting nursing home fatalities during the early months of the pandemic. He has faced an ongoing battle with ethics watchdogs over the efforts to claw back the millions he's earned for a book about the pandemic.

"Frankly, this is another way in which Andrew Cuomo reminds me of Donald Trump — the inability to accept political defeat, political failure," Reeher said.

Cuomo resigned in August weeks after a report detailed allegations by 11 women of sexual harassment and inappropriate behavior. Elias Farrah, an advocate with the Sexual Harassment Working Group, said Cuomo's efforts to rehabilitate himself with millions of dollars in campaign cash can hurt victims and survivors.

"Essentially what that says is you can pretty much do whatever you want," Farrah said. "And that's frightening to victims."

The ad will air after multiple criminal investigations against Cuomo were dropped, and a forcible touching charge dismissed. Rumors that Cuomo is weighing a bid for elected office again, perhaps his former job as attorney general in New York, have been dismissed by his campaign.

Cuomo's advisors have long maintained the former governor was railroaded by the investigation oversee by the state attorney general's office. Attorney General Letitia James in a speech to Democrats this month at the state party's convention criticized Cuomo's efforts to publicly undermine what had been an independent investigation.

"It is now clear the former governor will not accept any version of these events other than his own," James said. "To achieve that, he is now claiming the mantle of victim and disgracefully attacking anyone in his path."

Cuomo's image has been battered in the court of public opinion. But Marist pollster Lee Miringoff said Cuomo still has a lot of work to do convince voters.

"It's not like he's a new persona in New York state politics," he said. "He has a very defined image — for good and for bad and the question is how does he reshape that? That's hard to do when he's been on the stage for as long as he has."