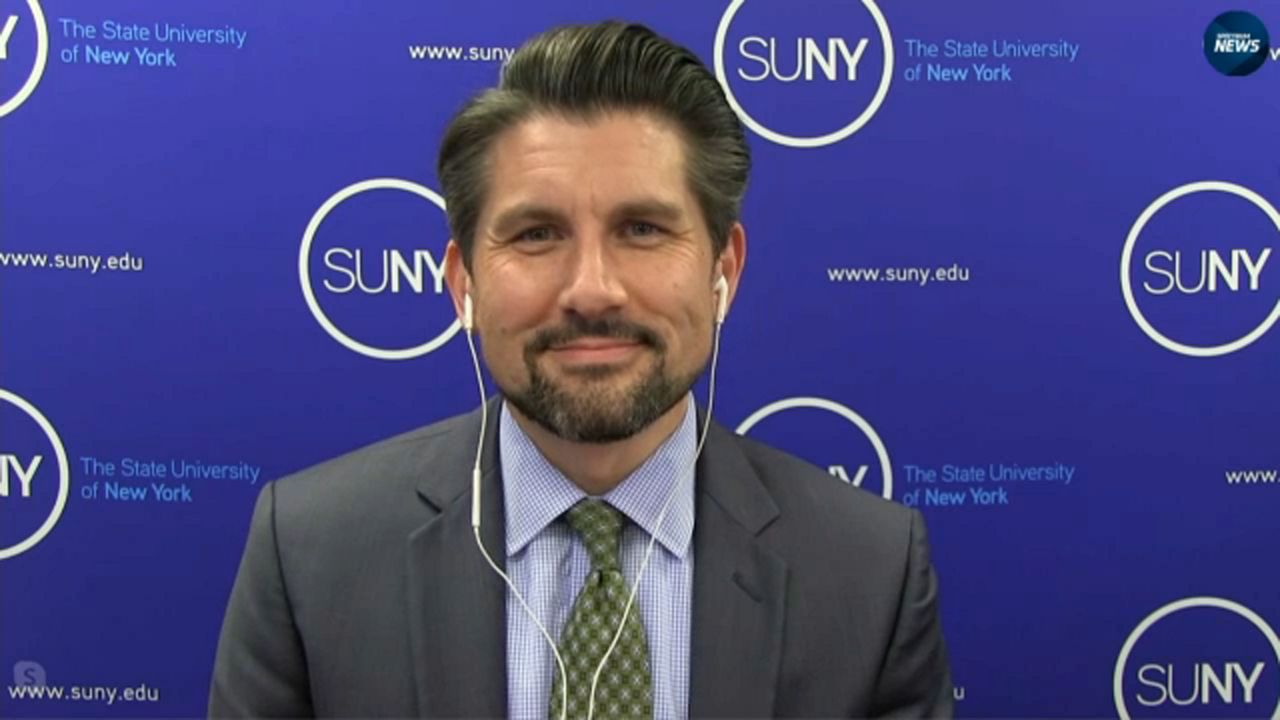 SUNY Chancellor Jim Malatras on the book, the budget and the vaccine

The controversy surrounding the Gov. Andrew Cuomo’s book deal has raised questions regarding whether he used state resources to help with the drafting of "American Crisis: Leadership Lessons from the COVID-19."

One former top aide tells Capital Tonight the work he did was completely voluntary and limited to light editing and fact-checking.

According to the Democrat and Chronicle, prior to being named SUNY Chancellor, Jim Malatras, the former head of State operations under Cuomo, was part of two weekend-long editing sessions over the summer.

During an appearance on Capital Tonight, Malatras was asked about the extent of his involvement and whether it was truly voluntary.

"This was at the end of July, Susan, over a couple of weekends on my own personal time, I looked at and reviewed the governor’s completed manuscript for accuracy. I was happy to do it," Malatras said.

At the time, Malatras was the president of SUNY Empire State College.

"(The book is) part of the historical record, so I thought it was important to have an accurate, historical view of what actually happened," he said. "It was something that I did voluntarily."

"I was even able to wear jeans and a t-shirt and a ball cap. It was totally on weekends, on my time," Malatras added.

Malatras was also asked about the state budget, particularly the lack of hazard pay for employees of SUNY’s teaching hospitals who worked seven days a week during the first several waves of the pandemic. Whereas other medical institutions provided hazard pay for their employees who worked during the height of the pandemic, SUNY did not. It’s a fight that’s been taken up by UUP, United University Professions.

Malatras said the compensation is a priority for him as well.

"We want to keep our workforce from leaving the SUNY system, because we don’t want them to go to greener pastures," he said. "We just owe it to them. This was a traumatic experience for them."

On Tuesday, UUP President Dr. Fred Kowal told Capital Tonight that he had faith that Chancellor Malatras would find funding for these workers. When Capital Tonight asked Malatras if that faith is well-placed, he said, "I want to get it done. We’ll do everything to move heaven and earth."

Malatras also discussed the "curveball" that SUNY was thrown by the CDC, which put a pause on the Johnson & Johnson vaccine. SUNY had hoped to use the single-shot vaccine for all students prior to summer break. Malatras said SUNY will manage without that particular vaccine.

"We’re adapting. We’re offering up some Pfizer vaccine, some Moderna vaccines. It throws a little complexity into our schedule because it’s a two-shot vaccine and we don’t have enough time at the end of the semester. But we will work through this," he said.

According to Malatras, SUNY students "really want to get vaccinated," which is why the university system is not mandating vaccines for students in the fall.

"We don’t have a vaccine hesitancy problem among SUNY students," he said. "What they’ve been demanding of us is eligibility, and now that the state has opened eligibility, they’re signing up."

If, by the middle of summer, Malatras feels that not enough students have been vaccinated, he will re-visit the idea of a mandatory vaccination program.