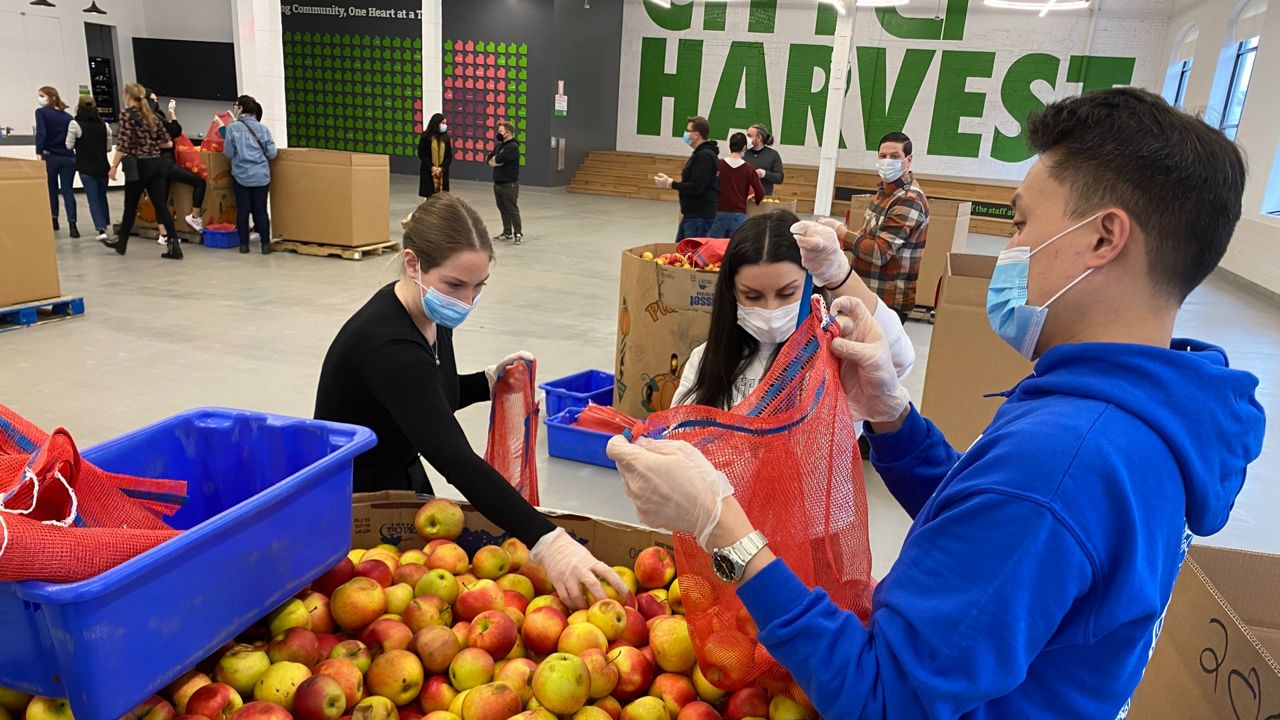 An upbeat soundtrack played as City Harvest volunteers repacked fresh produce that arrived on a large palate on a recent visit. The operation is an important part of the organization's work to get food to New Yorkers in need.

For the first time in the organization's 40-year history, it brings all of City Harvest's operations to one big space, as it gathers tens of millions of pounds of food every year that otherwise would have been thrown out and delivers them to New Yorkers in need.


"What our volunteers do is they help break that down into family-sized portions, and then we distribute that food around the community with the help of our soup kitchens and our food pantries," City Harvest volunteer programs manager Olivia McMahon said.

"Whether you are in New York City and it's from your local lunch spot, or a three-Michelin star restaurant like Le Bernadin, or your local grocery store, City Harvest rescues food from all different levels of the supply chain, and we do store it here, and we redistribute it to New York City communities," McMahon added. 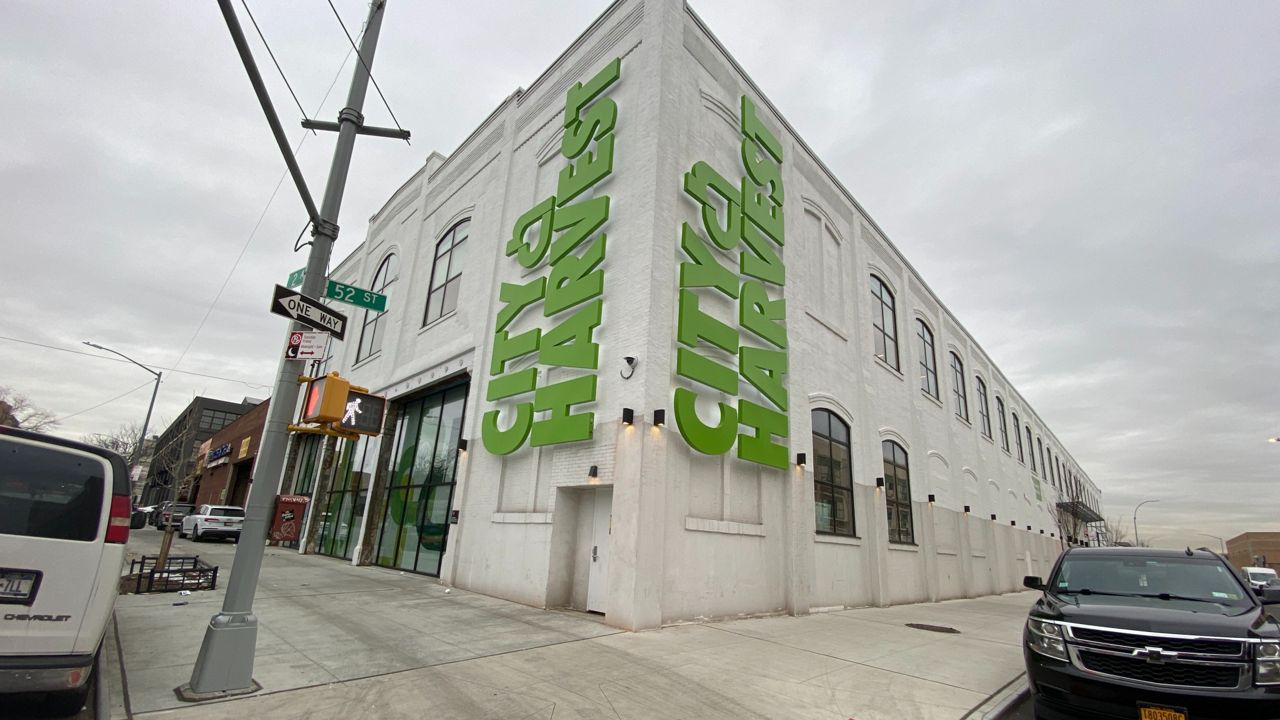 The new facility allows the organization to distribute twice as much food across the five boroughs, with a bigger loading dock than its former warehouse in Long Island City, massive climate controlled storage areas and indoor and outdoor event space.

The new center opens as more city residents are turning to soup kitchens and food pantries, which saw 14% more monthly visitors at the end of 2022 than at the start of the year. 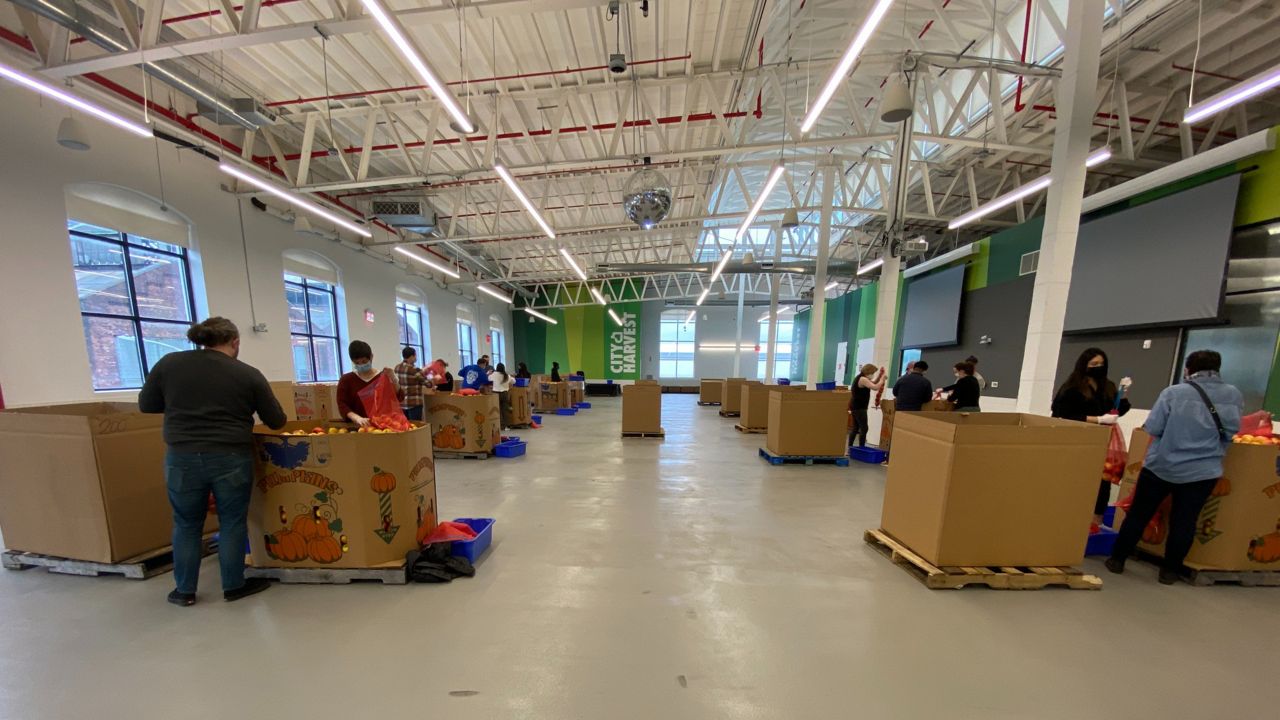 "We're just planning for the future,” McMahon said. “We want to make sure that we can help feed as many New Yorkers as possible, and we are only getting busier.”

City Harvest says it will rescue and deliver 75 million pounds of food this year to more than 400 soup pantries, soup kitchens, community partners and their own mobile markets around the city. Learn more on the organization’s website.