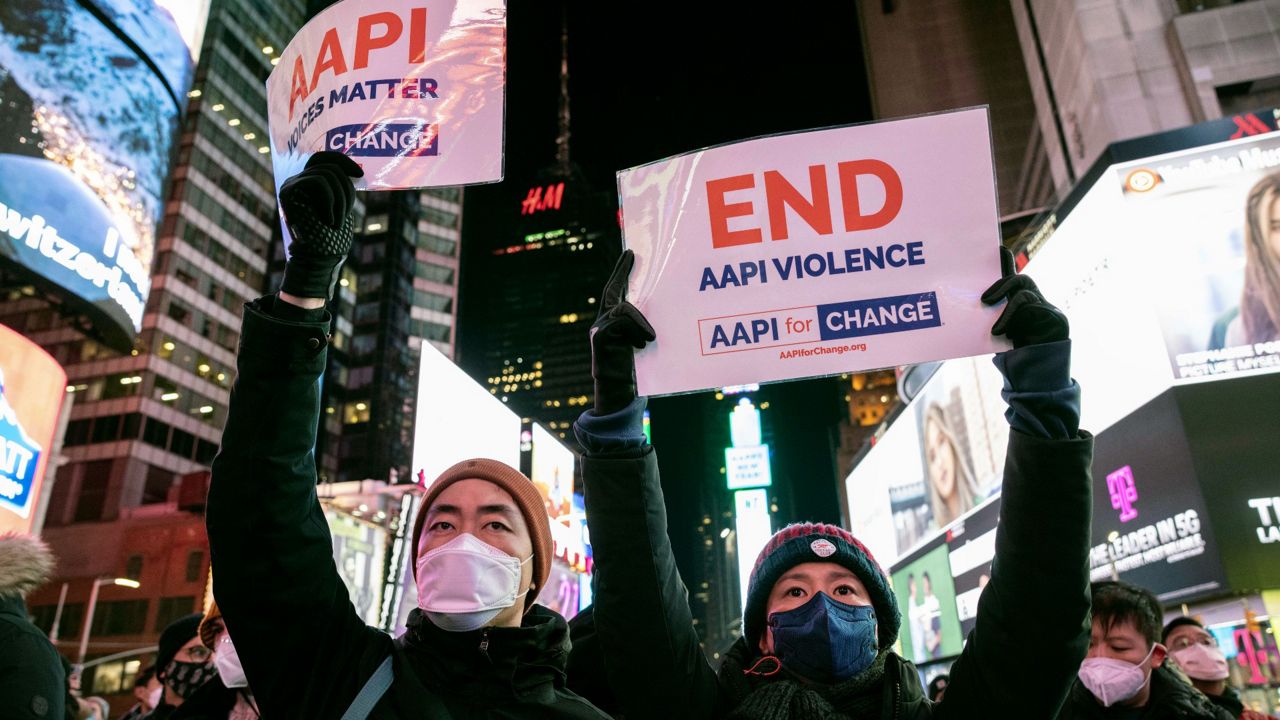 Advocates look back on efforts to combat anti-Asian violence

More than a year after a confrontation with an enraged man on an uptown A train, Esther Lee says it changed her.

NY1 caught up with Lee earlier this year, reporting on her frustrations with the NYPD’s handling of what she believes was clearly a hate crime, though investigators didn’t see it that way.

Lee said the man, now identified as Michael Aldridge, called her a “carrier," which she interpreted as a racist trope connecting her Asian ethnicity to the spread of COVID-19. After taking her story to the media, police investigated the indicent as a hate crime at a time when a rash of anti-Asian attacks kept New Yorkers on edge.

“There are more incidents like mine, that take place every single day, over incidents of great tragedy, and I think that by speaking out about it and putting a giant spotlight on it, it was improtant for the NYPD to take notice” Lee said.

The funding will help the organization’s Hope Against Hate campaign, which offers safety trainings, safe zones and victim support services, all of which are still in great demand.

“It is not the hot topic, but trust you me, the incidents are happening weekly," Han said. "We’re still hearing about them [and] our 30-plus groups working on them are hearing of assaults on a weekly basis."

According to the Manhattan District Attorney's office, their hate crimes docket remains at an all-time high.  At the end of November, there were 46 open anti-Asian hate crimes cases in the borough under investigation.

That why Lee says she is glad she spoke up, despite the fact that ultimately, Aldridge wasn’t charged with a hate crime. He is currently being prosecuted for menacing and harassment, but talking about it gives Lee an opportunity to spread a simple message.

“We’re all looking for the same thing, which is respect” Lee said.