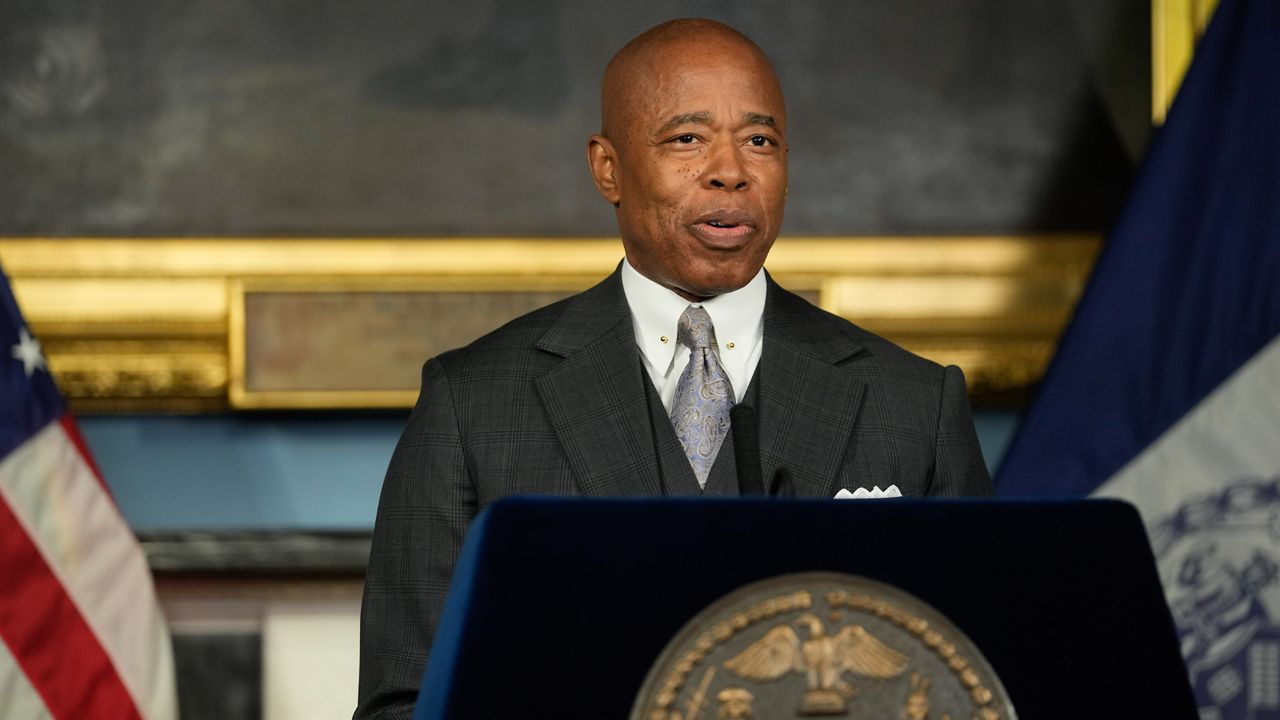 On Tuesday, the city announced its action plan for tackling some of the city’s most pressing issues based on data collected by a massive public issues survey known as NYC Speaks.

The action plan consists of five focus areas, known as “North Stars,” that range from helping the formerly incarcerated and developing culturally specific mental health resources for school children to creating more access to green jobs. One of the focus areas looks to tackle racial and social justice equity.


Using community-based organizations, officials met directly with stakeholders who were able to give exact details about problems facing their neighborhood. The survey was conducted in eleven different languages and reached every zip code across the city.

Over 60,000 New Yorkers responded, including 18,000 young people, culminating in the largest public policy survey in the city’s history.

“We worked with 150 community-based organizations. They went out door-knocking, held community based conversations. We wanted it to be very rich not just a check the box but really what do you mean by that? So we can fully understand,” said Wright.

Wright noted that a top priority for many New Yorkers was housing. Residents continuously highlighted the need for a safe and stable home in their responses. The overwhelming need laid the foundation of the mayor’s recent housing plan with the goal of fast-tracking 500,000 new homes in the next ten years.

The survey also made sure to reach a diverse group of residents from varying socioeconomic backgrounds and ethnicities.

Juan Rosa of NALEO, a nonprofit organization that works to help Latinos get civically involved, reached out to residents in places like The Bronx, Bushwick and Corona to ask them how they felt the government could do a better job. Rosa said residents were passionate and highlighted issues with street lights, parking and street vendors, among other things.

“Those community members who gave us their time aren’t forgotten and not lost in the numbers and we, as a city and organization, do go back and keep engaging them,” said Rosa.

The executive director of NYC Speaks, Dr. Shango Blake, said part of the survey was ensuring that historically underrepresented groups had a chance to weigh in as well.

“We also wanted to have a specific framework at looking at it through the eyes of Black and brown people who have been historically disenfranchised, often feel alienated and ignored and how do we bring those individuals back into the fold, back into the conversation,” said Blake.

Blake was also impressed by the high participation rate of young people in the survey. The thousands of young New Yorkers who responded to the survey put climate as one of their top issues.

“I think one thing that was very interesting about the survey was that young people didn’t just want to address the climate problem but they wanted to be part of the solution,” said Blake, who noted that some climate responses highlighted the need for a better sewage system and problems with flooding in illegal basement apartments.

As part of the action plan, Mayor Eric Adams will be appointing a chief engagement officer who will continue the work of engaging everyday New Yorkers and hearing about their needs.

“New Yorkers deserve a seat at the table to share their vision for our city’s future. It is why I engage and speak with community groups in all five boroughs every day, making sure I hear their concerns and dreams,” said Adams in a statement. “Having that input from New Yorkers is helping us ‘Get Stuff Done’ the right way.”