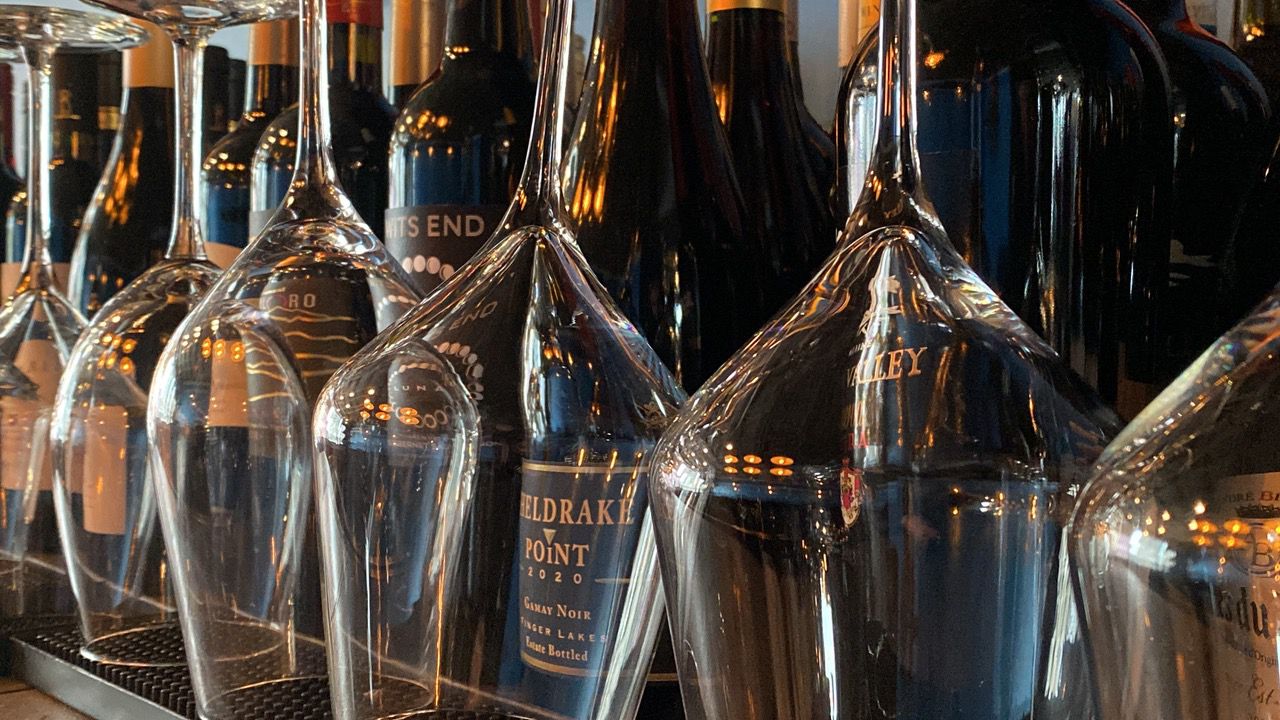 Ollie Sakhno prides himself on his wine collection. He says about 40% of the bottles he sells at his Forest Hills wine bar are from the Finger Lakes region in upstate New York.

“There is very little known in New York City, and there's very few wines and we thought that if we open a wine bar that pays attention to specifically the Finger Lakes region, it's going to put us aside,” said Sakhno, the owner of Keuka Kafe.

Ten years later, he says that business model is working. But in 2016, Sakhno wanted to expand his business by opening a wine shop a few blocks away on Queens Blvd. specializing in selling those locally produced wines. He applied for a separate license with the State Liquor Authority, but it was denied.

“The letter that I received as an explanation that the research showed that all local stores around here have more than 15% of their wines from New York State, which is simply not true,” said Sakhno.

According to the State Liquor Authority, or SLA, the agency looks at the proximity of existing licensed stores to the applicant’s desired location, the gross sales of the nearest liquor store, population and demographic changes and whether the applicant will offer products not currently provided by existing businesses.

“It should really be based on market factors, not the government telling you whether or not you would be successful or not,” said Zuber, the executive vice president of the Business Council of New York.

He calls the standards, written in the post-Prohibition 1930s, “archaic.”

“It was really designed to limit the availability of alcohol for good reasons,” said Zuber.

But those strict regulations have helped mom-and-pop business owners fend off big box competition. In 2019, they teamed up to keep Total Wine and More, a 200-store chain from moving into Queens. The SLA rejected Total Wines request for a license because it determined the area was well-served by existing liquor stores.

But Sahkno says he wasn't part of that opposition and if the laws were to change he would welcome the competition.

"I think that would just stimulate this industry,” said Sakhno.

The SLA says any changes to the public convenience and advantage requirement would have to go through New York’s state Legislature.

The governor's 2023 budget includes funds to convene a commission to study reform of the alcoholic beverage control laws. This was sparked by pandemic era to-go drinks at restaurants and bars, but the commission was tasked to look at modernizing and simplifying all state laws governing alcohol.