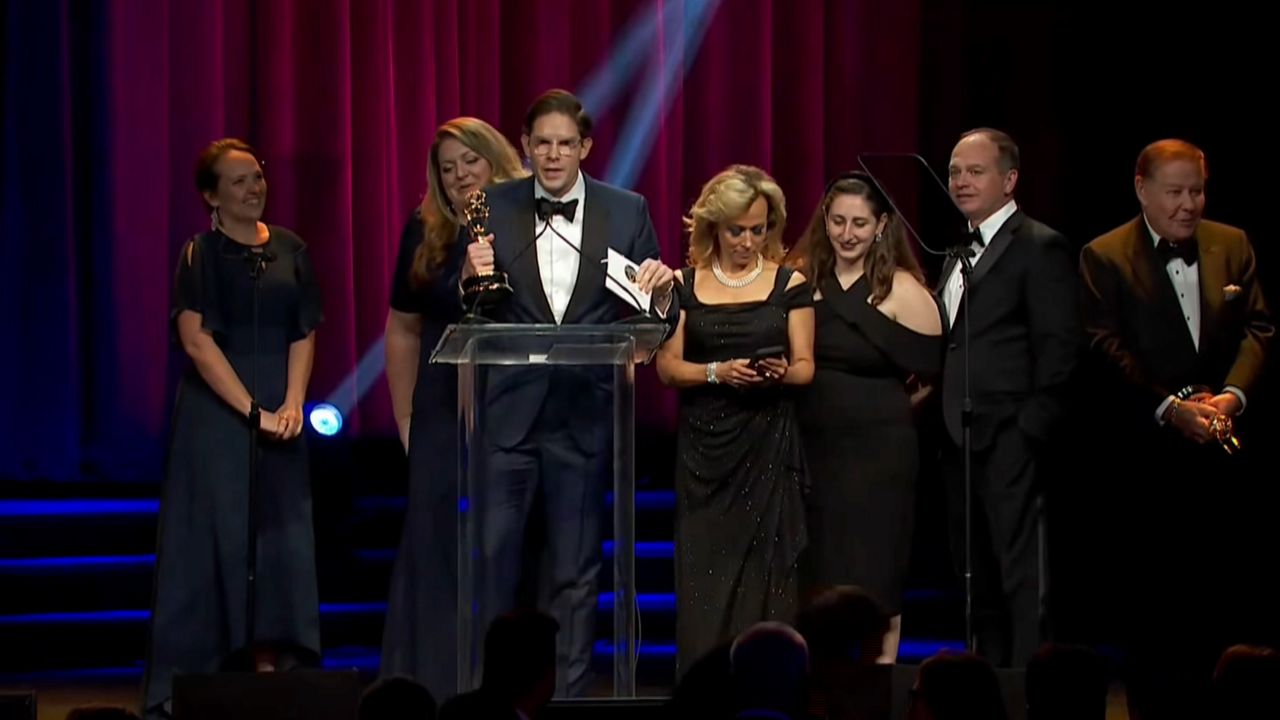 "On Stage" hosted by Frank DiLella was victorious in several categories, including one recognizing their special on the reopening of Broadway after the COVID-19 pandemic. "On Stage" was named the best magazine program, as well.

"When Broadway shut down on March 12 of 2020, NY1, Spectrum News made a commitment to tell the stories of this incredible community, the beating heartbeat of New York City, and that is what we did. We were there the day it opened," DiLella said at Saturday night's awards ceremony. "Thank you so much."

The New York Emmys recognized our coverage of the 20th anniversary of the Sept. 11 attacks. Cheryl Wills received an Emmy for her piece on the long-term effects 9/11 had on the city. Annika Pergament won for a piece detailing how Lower Manhattan has rebounded in the years since 9/11.

The Spectrum News 1 Scholar Athlete Program, produced by Kristi Lee Neuberger, was recognized with an Emmy.

Dan Komarinetz, a NY1 editor, won an Emmy for his long-form work.

Our creative services department also won two Emmys, as did the national team, including Josh Robin, who was honored for his political coverage.