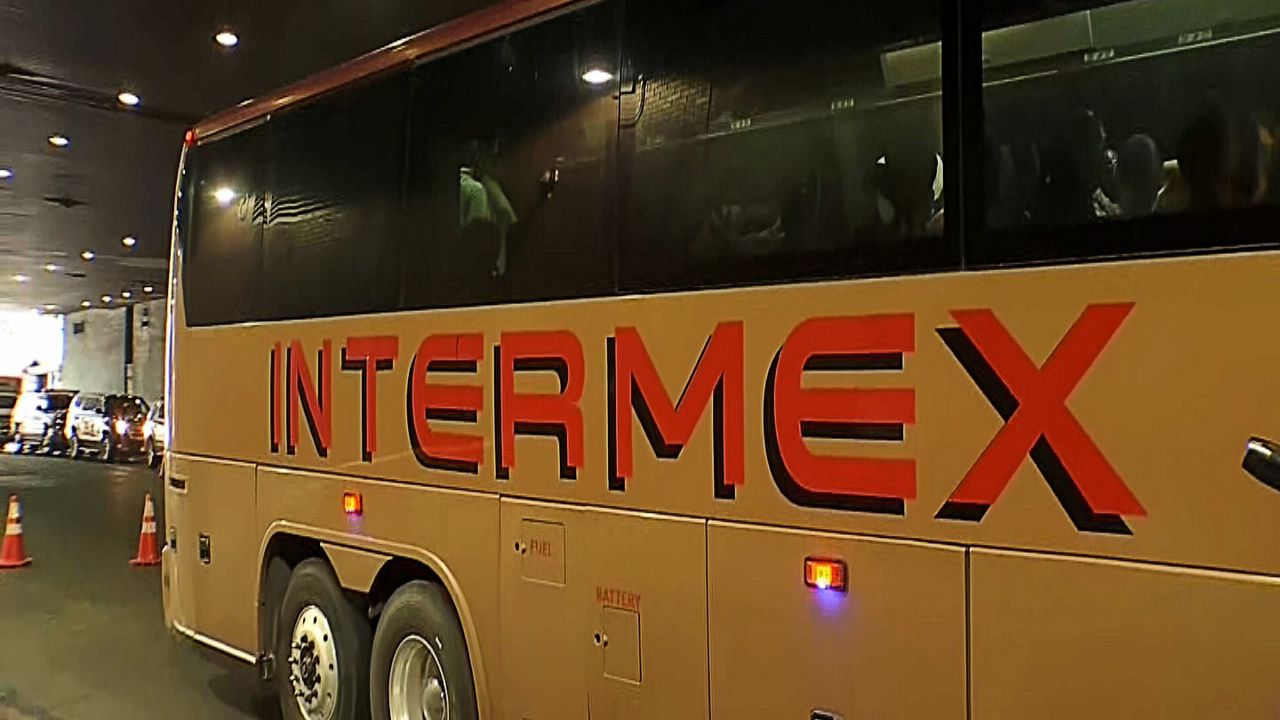 The city will open two “humanitarian relief centers” in the weeks ahead as it scrambles to house the influx of asylum seekers arriving in the five boroughs, Mayor Eric Adams said Thursday.

A relief center opening in Orchard Beach in the Bronx will serve as an intake center and short-term housing site for adult asylum seekers, Adams said in a press release.

A second center will open its doors at a yet-to-be-determined site, with others tentatively set to open “as needed,” the release said.

The centers “will become the first touch point for arriving asylum seekers, helping people by immediately offering shelter, food, medical care, case worker services and a range of settlement options,” including beds at city-run shelters, or placements with family and friends, according to the release.

Buses carrying migrants will travel directly to the centers or pass through the Port Authority Bus Terminal en route to them, the release said.

Migrants for whom temporary housing is not immediately available will stay at the sites for up to four days, it added, while noting that those “times are subject to change depending on the situation.”

“While other leaders have abdicated their moral duty to support arriving asylum seekers, New York City refuses to do so,” Adams said in a statement. “This is not an everyday homelessness crisis, but a humanitarian crisis that requires a different approach.”

Adams on Monday said approximately 11,600 asylum seekers had arrived in New York City in recent months. As of Monday, the city’s shelter system was housing around 8,500 of them, he said.

The city has been struggling to meet the demand for temporary housing as those numbers continue to grow.

While the mayor on Thursday touted the soon-to-open relief centers as a much-needed “emergency response” to a crisis, some advocacy groups said they were wary.

In a joint statement, the Legal Aid Society and the Coalition for the Homeless said they were waiting on additional details from the city, adding that they were “deeply concerned with any scenario in which families with children would be relegated to congregate settings.”

“This practice, which has been widely condemned for its adverse and dangerous impact on this uniquely vulnerable population, is already subject to legal prohibitions,” the statement said. “That said, we remain willing to work with the city on a viable solution that satisfies New York’s legal and moral obligation to provide safe and adequate shelter to all who seek it, including asylum seekers.”

Adams included a photo depicting an “example” of what a relief center would look like in his press release, but noted that a shelter of that nature “would only shelter single adults.”

NEW: @NYCMayor has announced the city will soon be opening humanitarian relief centers to support the hundreds of asylum seekers arriving in NYC daily.

Below are examples of previous setups that will resemble the new relief centers. More details here: https://t.co/S7kBBFouMg pic.twitter.com/YtWysfJ355

“Families would be sheltered in a humanitarian relief center with a different setup,” the release said, without providing details.

For its part, the Masbia soup kitchen network — which has been working with arriving asylum seekers — threw its support behind the mayor’s plan Thursday.

“I totally support the Adams administration’s new idea of having the buses arrive at relief centers where the new arrivals can immediately get shelter, food, medical care, case work services and more,” Masbia Executive Director Alexander Rapaport said in a statement provided to NY1.

“In order for [New York City] to give the asylum seekers a real welcome, as the place that has the Statue of Liberty in its harbor, the mayor is making the right decision and having the buses arrive at a location where he has a free hand to do the right thing for the asylum seekers,” Rapaport added.