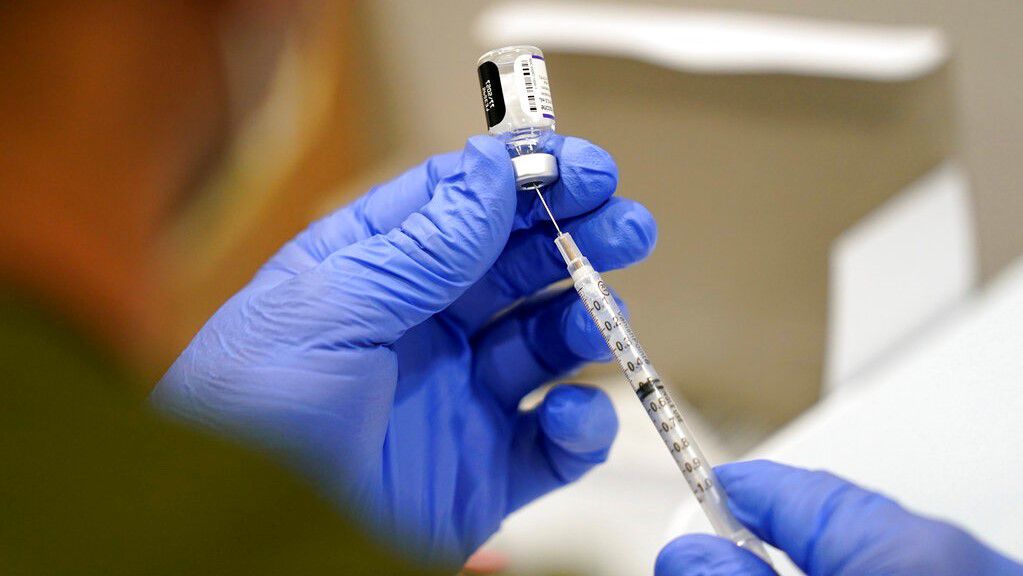 Dr. Ashwin Vasan, the commissioner of the Department of Mental Health and Hygiene, said the decision to end these mandates should not be looked at individually, but rather as a part of a larger strategy.

“As the mayor alluded to, we’re looking at all of our policies and thinking about a glide-path towards normal — whatever the new normal looks like,” Dr. Vasan said. “It’s important not to see these things in isolation, and say, ‘Well, what’s the narrow rationale for this one decision?’ And see it as disconnected from the rest, because we are in the process of transition. We are no longer in the emergency phase of the pandemic, but we haven’t yet defined what the new normal looks like, or endemicity, and this is our process of getting there.”

It mandated that all private employers require their workers to be vaccinated against COVID-19, though the Adams administration said in June they had not inspected private companies for compliance with the city's COVID-19 mandate.

The announcement came moments before the mayor rolled up us his sleeve to get his own COVID-19 bivalent booster shot, and as the city announced it would launch a campaign to promote COVID-19 boosters this fall.

In the next week, the city said in a press release, print, television, radio and digital ads will go live across New York City promoting booster shots.

“I’m thrilled to roll up my sleeve and get boosted and encourage all eligible New Yorkers to do the same,” Adams said. “The new bivalent booster is here, providing better protection against variants we are seeing now and quite likely against variants in the future as well.”

“And with so many tools now more easily accessible to keep New Yorkers safe from COVID-19, the additional flexibility we are announcing for private employers, students, and parents puts the choice back into each of their hands. We urge all New Yorkers to make a plan to get vaccinated if they are eligible, and we are grateful to the millions of New Yorkers who have already stepped up to keep themselves and their community safe,” Adams added.​

Kathryn Wylde, president and CEO of Partnership for New York City, a group representing the city's largest businesses, cheered the mayor’s decision, saying it would bolster the city’s attempts to get workers back to the office.

“The mayor’s decision to allow individual employers to determine COVID-19 protocols is most welcome,” Wylde said. “It will accelerate return to the office and encourage New Yorkers to move beyond the pandemic mentality.”

Likewise, the City Council’s Common Sense Caucus, which is composed of Republicans and some moderate Democrats, applauded the mayor for ending the mandates.

“After a constructive meeting with our caucus two weeks ago, we are very pleased Mayor Adams has decided to remove COVID vaccine mandates that have been hurting our businesses, hampering our city’s economic recovery and preventing our children from fully participating in sports and after school activities. This is a significant step toward correcting the errors and inequitable policies of the previous administration,” the statement said.

But Uniformed Firefighters Association President Andrew Ansbro, whose union represents around 20,000 active and retired FDNY firefighters, said during a virtual news conference that he was “outraged by what is going on."

“The mayor has once again backed off vaccine mandates for the private sector, and now private sector employees will be without a mandate as of Nov. 1, while New York City firefighters are still facing the ax,” Ansbro said.

Approximately 200 FDNY employees are still waiting for the city to rule on their requests for vaccine exemptions, Ansbro noted, adding that he expected most of them would “follow the path of the vast majority” and be denied. The FDNY is “very understaffed currently” and cannot afford to lose more employees, he added.

“I think the mayor needs to stop treating his employees like second-class citizens and end the mandates for everyone, and bring the employees back,” he said.

“This announcement is more proof that the vaccine mandate for New York City police officers is arbitrary, capricious, and fundamentally irrational,” Lynch said. “Now that the city has abandoned any pretense of a public health justification for vaccine mandates, we expect it to settle our pending lawsuits and reinstate with back pay our members who unjustly lost their jobs.”

Adams, when asked about this very topic during the news conference, said the city is within its rights in making this decision.

“Our Corporation Counsel is looking into every decision that we’re making and we are in complete compliance with the law,” Adams said.