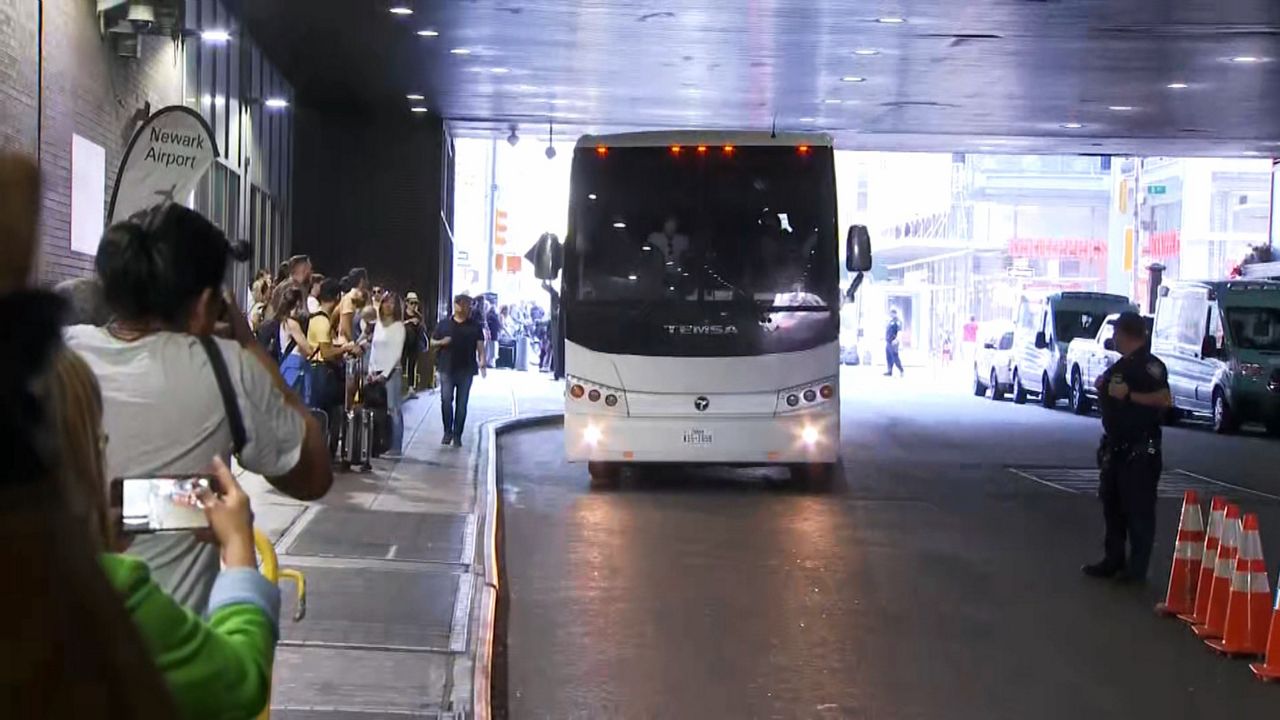 An asylum seeker died by suicide at a city shelter over the weekend, Mayor Eric Adams said Monday, calling her death a tragedy that happened in the midst of a “manmade humanitarian crisis.”

The woman took her own life at a shelter on Sunday, Adams said in a press release. The mayor did not provide any additional details about the incident, citing legal restrictions.

“Our hearts break for this young woman and any loved ones she may have, and we, as a city, mourn her,” he said in a statement. “This tragedy is a reminder that we have an obligation to do everything in our power to help those in need.”

The city will continue to offer mental health services to the thousands of migrants it is housing, Adams said at a news conference Monday morning.

Approximately 11,600 asylum seekers and migrants have arrived in the city in recent months, 8,500 of whom are currently in the shelter system, he noted.

“We can’t go into details, by law, on the mother who lost her life. It’s really troubling,” he said. “Our goal is to just tell those who are going through this traumatic experience that if you need mental health assistance, we are providing that, and we’re going to continue to do so.”

Asked by a reporter if the woman’s death represented a “failure on the part of the shelter system,” Adams disagreed.

“It just always amazes me that whenever a tragedy happens, we start with the word ‘the failure,’ of the hard-working people who have housed over 11,000 people,” he said. “No, this wasn’t a failure. A woman was — I believe — was traumatized by this whole experience. And this is not a failure of those men and women, those city employees, who have stayed up late at night, been at the bus station, feeding, navigating.”

“The failure was the governors that sent people on a multi-day bus ride without proper food, without medical care, without the basic necessities, telling them they had to be treated in this inhumane way. That’s the failure,” he added.

Texas Gov. Greg Abbott on Friday said he has sent more than 2,500 asylum seekers to the five boroughs since the beginning of August. Florida Gov. Ron DeSantis has also begun transporting migrants to other states.

In a statement provided to NY1 Monday afternoon, Abbott’s press secretary, Renae Eze, maintained the buses Texas sent to the city were “stocked with food and water,” adding that they made “stops along the trip to refuel and switch drivers.”

“Migrants are allowed to purchase any needed provisions or disembark at any of these stops, as they have been processed and released by the federal government,” Eze said. “Instead of complaining about a couple thousand migrants being bused into his self-declared sanctuary city and using these migrants for political attacks, Mayor Adams should call on President Biden to take immediate action to secure the border — something the President continues failing to do.”

Eze went on to blame “the death of every migrant, including the 53 migrants who died in a tractor trailer in San Antonio” on “President Biden and his reckless open border policies.”

News of the woman’s death came nearly a week after the Legal Aid Society and the Coalition for the Homeless said the city’s overburdened shelter system had violated its right-to-shelter law by failing to provide at least 60 men with temporary housing.

The city’s Department of Homeless Services has already opened 23 emergency shelters to address what Adams has described as a growing crisis, he said Monday.

At Monday’s news conference, the mayor avoided directly addressing that comment, but maintained the city was “not going to leave any stone unturned.”

“Once we finalize our plans, we’re going to announce them. There’s not going to be any surprises,” he said. “So until then, we’re just letting people know what we’re thinking of, and how we’re going to find creative ways to solve this manmade humanitarian crisis that was created.”

And while the city will continue to house asylum seekers as they arrive in the five boroughs, the mayor said, he noted that officials were “looking at all our legal options around this entire event,” including the possibility of taking legal action against Texas.

The city is encouraging anyone seeking mental health support to contact NYC Well by calling 1-888-NYC-WELL or texting “WELL” to 65173.