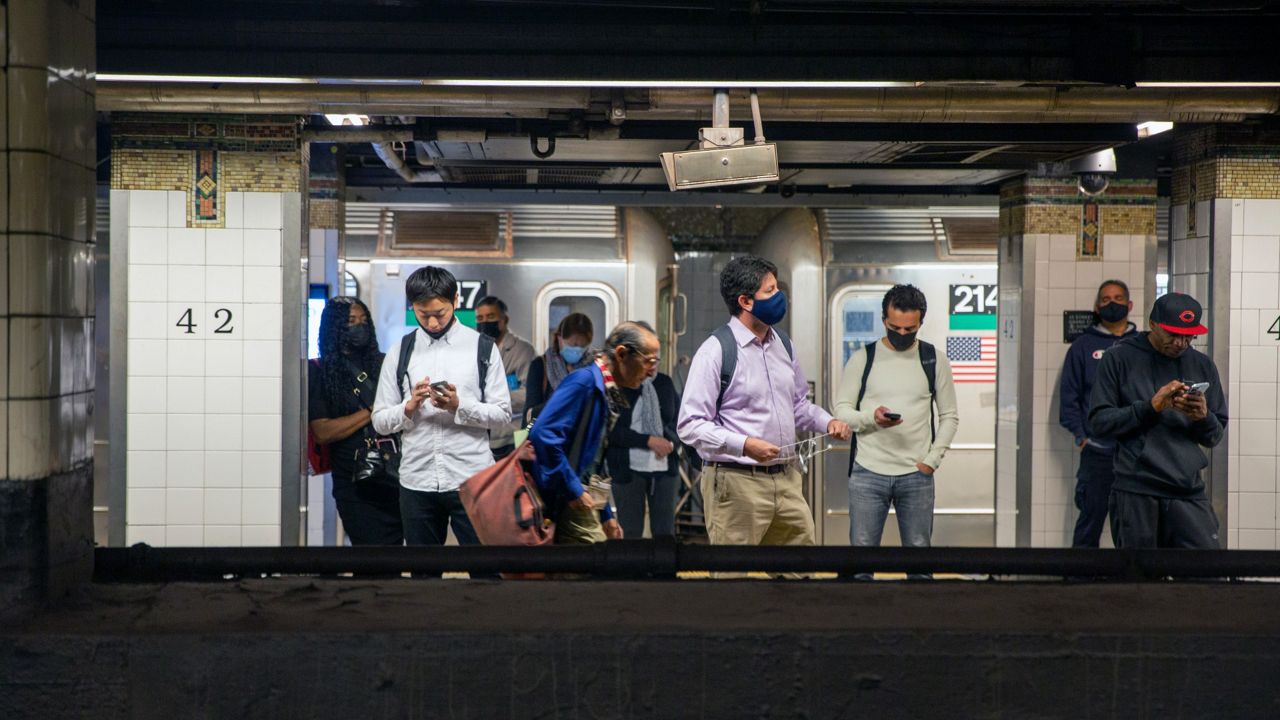 Masks will no longer be required when riding mass transit in New York, Gov. Kathy Hochul said Wednesday morning during a news conference in Brooklyn.

“Masks are encouraged, but optional. This is what you’re going to see on our subways and our mass transit throughout the state of New York,” Hochul said, pointing to updated signage that will soon make its way to mass transportation hubs.

The policy change comes more than two years after the mask mandate was first put in place by Hochul’s predecessor, Gov. Andrew Cuomo, in April of 2020.

The governor urged riders to respect one another's masking choices, while thanking those who complied with the mandate for so long.

“I know for many it became second nature, but it’s always been a visible reminder that something is not normal here, and it was there for the right reason: it protected health,” Hochul said of the mask mandate. “And now we’re in a far different place than we had been,” she continued, pointing to COVID metrics that she said show the spread of the virus has stabilized.

A MTA survey earlier this year regarding masking aboard New York City’s subways and buses found that compliance among riders had dropped.