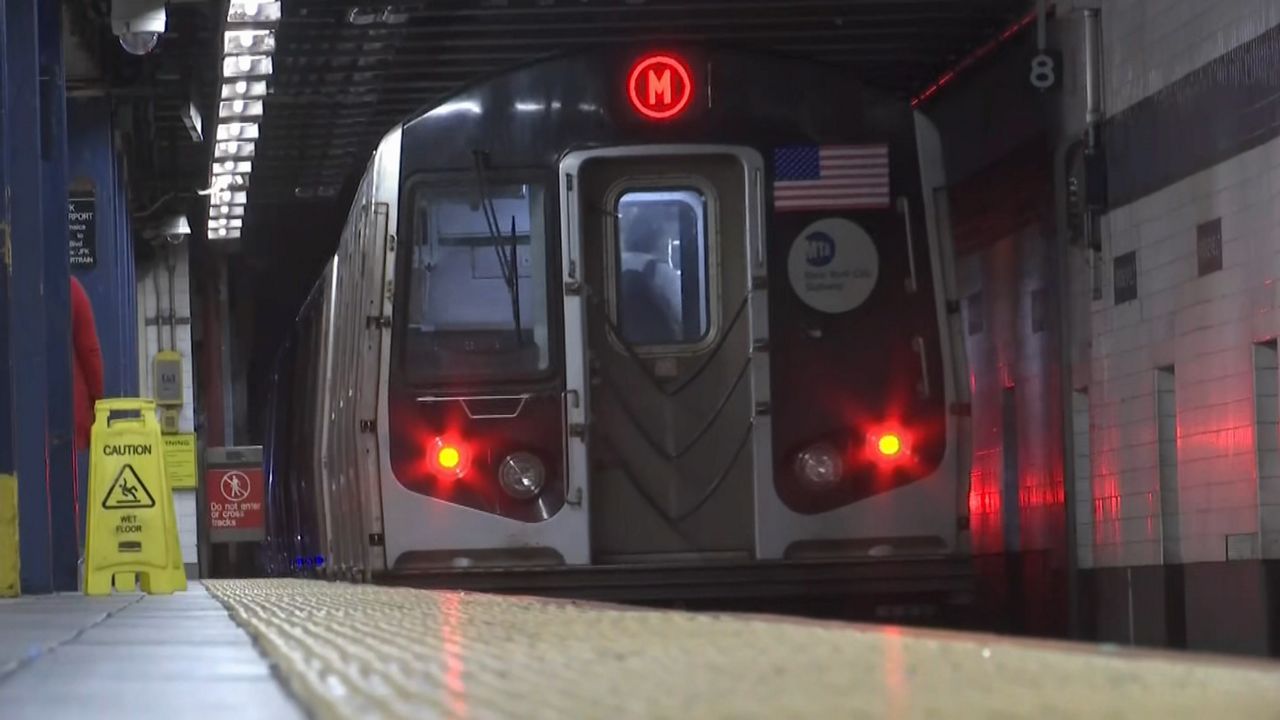 An M train pulls away from a stop in Queens near where police say a boy lost his arm attempting to subway surf. (Spectrum News NY1/File)

MTA officials are warning New Yorkers about the dangers of subway surfing after police say a teen fell from the top of a train in Queens and had his arm severed after falling onto the tracks Monday.

Police say a 15-year-old boy was trying to subway surf at around 10:30 a.m. in the Jackson Heights-Roosevelt Avenue station near 74th Street. The E, M, F and R trains run through the station.

According to authorities, the teen fell onto the track as a northbound R train was pulling out of the station. That’s when the train ran over the boy’s arm, severing the limb from his body, police say.

The boy was rushed to Bellevue Hospital in stable condition, despite the serious nature of his injuries, police say.

Subway surfing is a dangerous social media phenomenon that has only gotten more popular in recent years.

“I feel like people are doing crazy and crazier stuff to just go viral or to just become popular on social media,” said commuter Maria Fernandez.

The MTA strongly warns against riding outside of the train and has recently beefed up educational campaigns and public service announcements around doing so.

Still, recent data from the agency shows more than 600 such incidennts between January and July of this year — up from nearly 100 incidents during the same time last year, an increase of more than 550%.