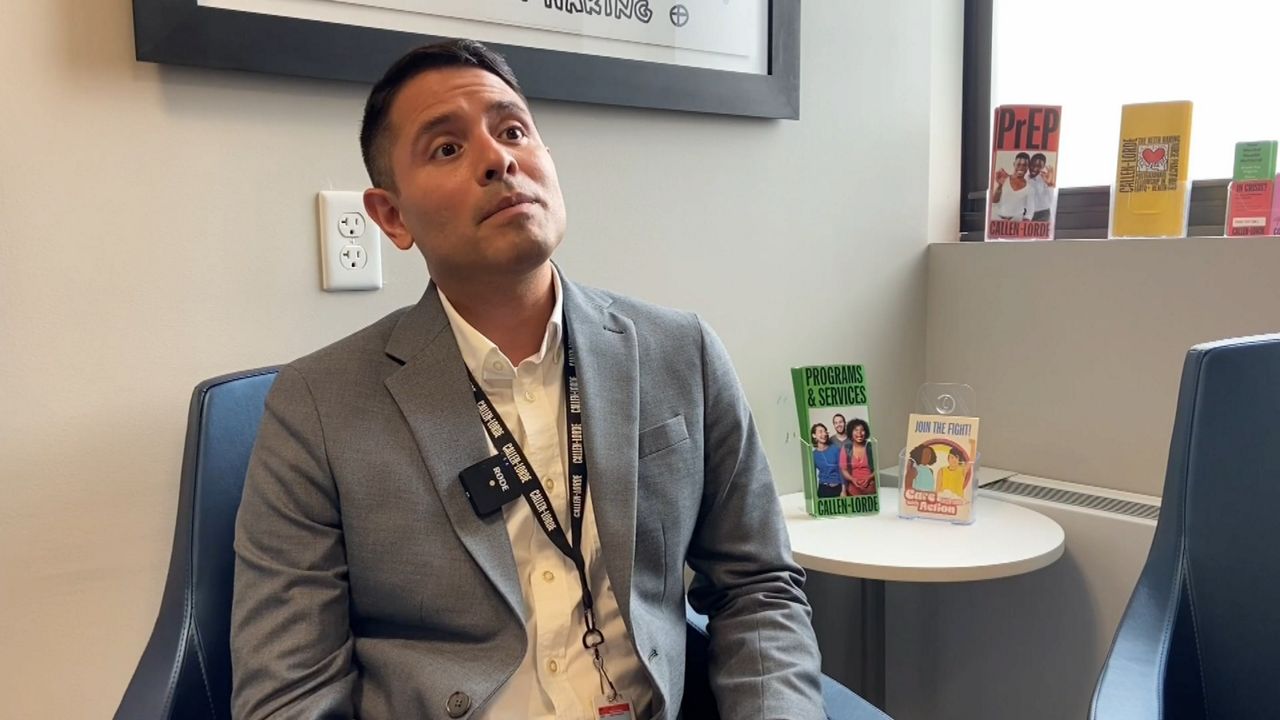 People diagnosed with monkeypox may have to spend up to four weeks in quarantine, but advocates said the time in isolation could be costly.

“There are many patients where they don’t have jobs where they can work remotely or take that much time off of work,” said Chief Nursing Officer at Callen-Lorde Anthony Fortenberry.

Fortenberry said, for people who work hourly jobs or who may not have a steady stream of income, the lengthy quarantine that comes with a diagnosis could threaten their employment, housing and ability to buy food.

“There is a real disparity that is being overlooked and a lot of our patients are in need of additional financial support,” Fortenberry said.

The Centers for Disease Control and Prevention said people should isolate for the duration of the illness, which can be two to four weeks.

Callen-Lorde connects its patients to services to help tide them over. But there’s also a group of volunteers with a special delivery.

God’s Love We Deliver provides healthy home-cooked meals for people too sick to cook or shop for themselves.

The organization has opened up its criteria to include people who are quarantining with monkeypox.

“We’ve had many discussions here internally and said, ‘We have to do this,’” said God’s Love We Deliver Senior Director of External Affairs Dorella Walters.

Walters said about 30 people have signed up this month.

But with nearly 3,000 people infected there could be many more in need.

“Are there enough resource to protect people to take off a month of work? Certainly not,” Fortenberry said.

Fortenberry said the city needs to have a better public health infrastructure, leaning on lessons CCOVID-19 already provided as a model.

“Here are real people in need sitting at home quarantining, waiting for their next pay check to come because they weren’t able to keep their jobs during this quarantining period,” Fortenberry said.

“The outbreak of monkeypox is an evolving public health emergency in New York State. While we continue to assess and address this emerging threat, New York's paid sick leave law provides a number of critical protections for all workers, regardless of their industry or occupation, or whether they are employed part-time or have overtime-exempt status."

The paid sick leave law provides up to 56 hours of sick time, though advocates say with a potential of four week of isolation, the law only helps a little.