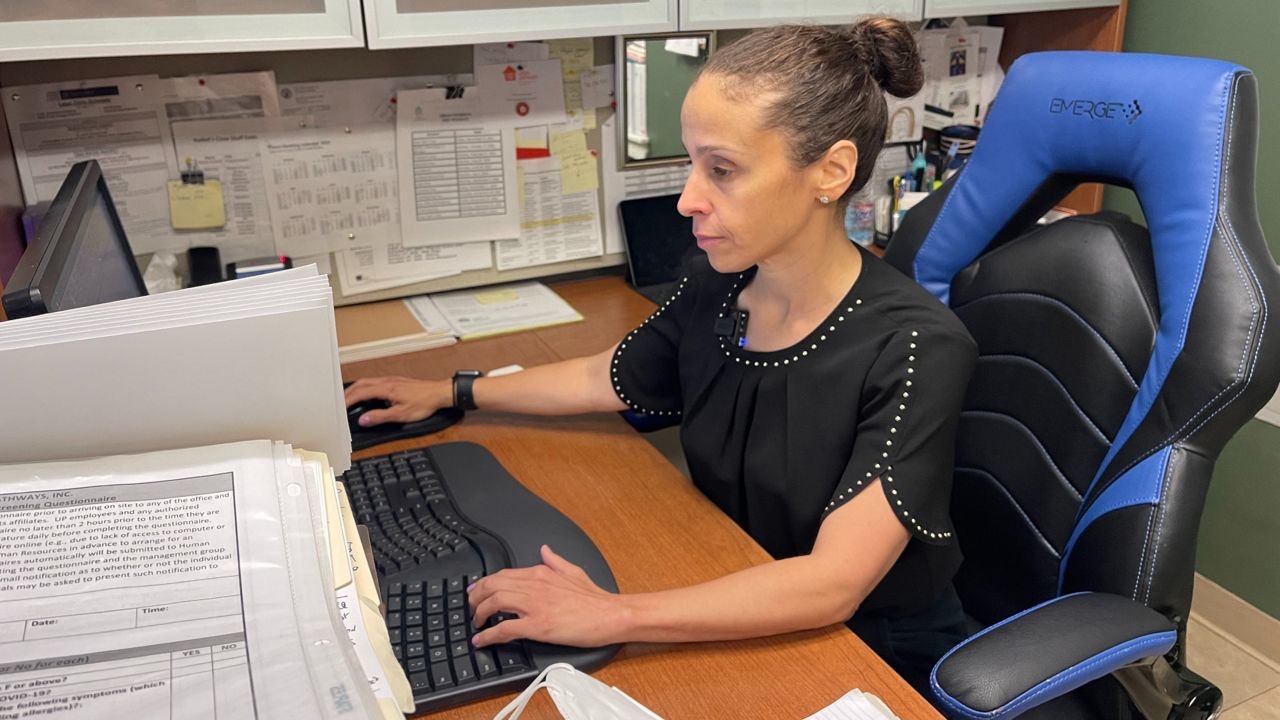 Pierina Demorizi said that she feels the effects of turnover first hand when her workers quit. (NY1 Photo)

While patients’ needs are being addressed, there is a shortage of workers providing the mental health care.

Pierina Demorizi, the program director at Hallet’s Cove supportive housing facility, calls herself a jack of all trades.

“I am basically having to assume multiple roles,” Demorizi ​said.

“Definitely, there has been an increase in substance use and anxiety and depression as a result of the pandemic,” Demorizi ​said.

The Coalition for Behavioral Health reports the average number of vacant positions is 30% among its member agencies.

Demorizi said that she feels the effects of turnover first hand when her workers quit.

“I may need to take on a caseload, I may need to also play director of social services, aside of being the program director,” she said.

“Most of the work that we do is what the city is required to do but they contract it out to nonprofits to get the work done,” Frederick Shack, CEO of Urban Pathways, ​said.

Urban Pathways is an organization that employs mental health care workers. He says 15% of his employees are living with public assistance.

The nonprofit has hired individuals for a range of jobs on-site, including maintenance staff.

“There is no reason in the world why these individuals should be working at wages that are so low that it is very difficult for them to survive and take care of their families,” Shack said.

Shack is also a lead advocate for The JustPay campaign. It was started over a year ago to call on the city and state to raise wages for human services workers — the people who work in mental health care.

“We have made a little progress. The state provided a 5.4% increase for employees that are working on our state contracts, compared to a 9% cost-of-living increase basically means you’re losing ground,” Shack said.

Demorizi said she wants to see changes to the sector so that she can keep employees and focus on helping New Yorkers.

“Despite the challenges, I really don’t give up,” Demorizi said. “I am hopeful I will see a workforce that is superiorly appreciated for what they do.”