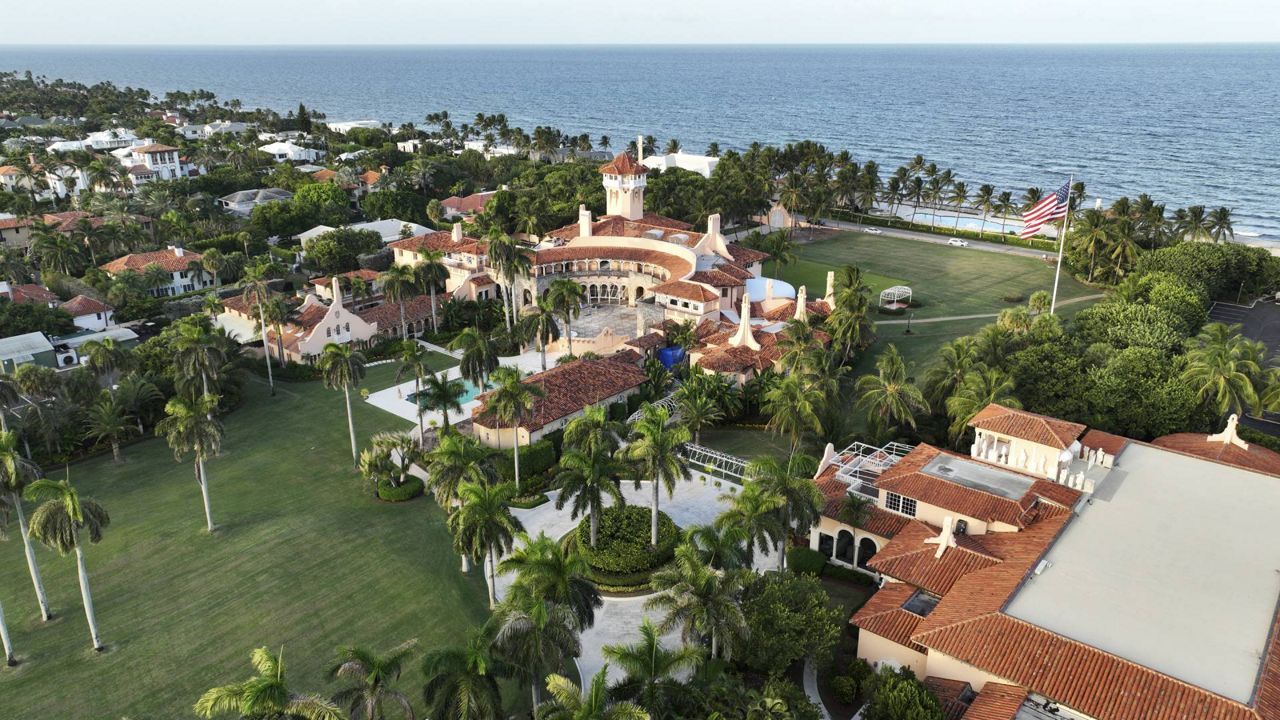 Former President Donald Trump on Thursday night called for the "immediate" release of the federal search warrant of his Palm Beach, Florida, estate, after FBI agents searched the former president’s residence for hours on Monday.

The decision on whether to unseal the records lay with U.S. Magistrate Judge Bruce Reinhart, the same judge who signed off on the search warrant. The Justice Department told the judge Friday afternoon that Trump’s lawyers did not object to the proposal to make it public.

The former president's move came hours after Attorney General Merrick Garland announced that the DOJ would move to allow the public release of the search warrant, citing "substantial public interest." According to the motion, filed with the U.S. District Court for the Southern District of Florida, the documents can be unsealed upon the judge's approval and "absent objection from the former president."

The motion also called for the unsealing of the property receipt, which is a list of the items that FBI agents took from Mar-a-Lago.

Both the warrant and the property receipt were given to Trump lawyers on site on the day of the search, Garland said.

Trump's legal team had until 3 p.m. EST on Friday to respond and say whether the former president objects to the motion to unseal the documents.

On Friday, Trump put out a statement claiming, without evidence, that the material was "all declassified" and that federal agents "didn't need to 'seize' anything" and that "they could have had it anytime they wanted without playing politics and breaking into Mar-a-Lago."

Trump also repeated a false claim about former President Barack Obama taking millions of documents, some of which were unclassified, with him to Chicago, which the National Archives and Records Administration debunked in a statement to Spectrum News on Friday.

The agency said that it "assumed legal and physical custody of Obama Presidential records" when he left office in 2017, "in accordance with the Presidential Records Act." The National Archives moved "30 million pages of unclassified records" to one of their facilities in the Chicago area, while classified records are kept at a NARA facility in the Washington, D.C., area.

"As required by the PRA, former President Obama has no control over where and how NARA stores the Presidential records of his Administration," the statement concludes.

Trump wrote Thursday night on his Truth Social platform: “Not only will I not oppose the release of documents ... I am going a step further by ENCOURAGING the immediate release of those documents," before going on to baselessly claim that they were "drawn up by radical left Democrats and possible future political opponents, who have a strong and powerful vested interest in attacking me."

Trump went on to blast the search as “unAmerican, unwarranted and unnecessary" and called on authorities to "Release the Documents Now!"

The former president's comments came amid a report from The Washington Post on Thursday night which said that among the items FBI agents were searching for in Mar-a-Lago were classified documents related to nuclear weapons, citing sources familiar with the probe.

The New York Times, citing a person briefed on the matter, said that the search was carried out to account for documents related to some of the most highly classified U.S. programs, what the government calls "special access programs." ABC News reported Thursday night that Trump kept sensitive documents with national security implications, citing multiple sources familiar with the probe; the outlet reports they were sensitive enough that authorities wanted to take them back immediately.

On Truth Social on Friday morning, Trump said the "Nuclear weapons issue is a Hoax."

Garland also announced Thursday that he had personally approved the decision to seek the warrant at Mar-a-Lago, which "was authorized by a federal court upon the required finding of probable cause."

Though a search warrant does not suggest that criminal charges are near or even expected, federal officials looking to obtain one must demonstrate that they have probable cause that a crime occurred.

The attorney general did not add details about the subject of the warrant, though people familiar with the matter told the Associated Press that the search was part of an investigation into whether Trump took classified records from the White House to his Florida residence.

"Upholding the rule of law means applying the law evenly, without fear or favor. Under my watch, that is precisely what the Justice Department is doing," Garland said.

"Much of our work is, by necessity, conducted out of the public eye. We do that to protect the constitutional rights of all Americans and to protect the integrity of our investigations," he added. "Federal law, long-standing department rules and our ethical obligations prevent me from providing further details as to the basis of the search at this time."

Garland said the decision to ask for the unsealing was partly due to the fact that Trump himself already publicized the search in statement Monday night, and because there is "substantial public interest" in the warrant's contents.

The motion filed Thursday reads: "The press and the public enjoy a qualified right of access to criminal and judicial proceedings and the judicial records filed therein."

FBI agents searched the Mar-a-Lago estate from morning to evening on Monday, and former president Trump said they opened a safe. Yet in the hours and days after, neither the FBI nor the DOJ gave any information about the impetus for the search.

A number of Trump's Republican allies, including Texas Sen. Ted Cruz, have called on the Justice Department in recent days to release the warrant.

Since the search, Republicans have ramped up their rhetoric, threatening retaliation and retribution while also demanding information about the FBI's action.

And threats from the former president’s supporters have escalated online — from “Lock and load” to calls for federal agents and even U.S. Attorney General Merrick Garland to be assassinated.

Garland on Thursday said he would "not stand by silently" while the integrity of DOJ prosecutors and agents is attacjed.

"The men and women of the FBI and the Justice Department are dedicated, patriotic public servants," the attorney general said.

FBI Director Chris Wray, who was appointed by Trump in 2017, called the circulating threats “deplorable and dangerous" earlier Thursday.

"I'm always concerned about threats to law enforcement," Wray said. "Violence against law enforcement is not the answer, no matter who you're upset with."

Monday’s search marked a dramatic and unprecedented escalation of law enforcement scrutiny of the former president.

"Nothing like this has ever happened to a President of the United States before," Trump said in a lengthy statement Monday evening. "After working and cooperating with the relevant Government agencies, this unannounced raid on my home was not necessary or appropriate."

Multiple federal laws require the safekeeping of government secrets. One potentially relevant statute makes it a crime to remove classified information and retain it an unauthorized location. Another makes it illegal to mishandle national defense information, including maps, photographs and documents, or transmit it to a person not authorized to receive it.

But if past is any precedent, the mere mishandling of classified information isn't always enough for a felony conviction — or any charges at all.