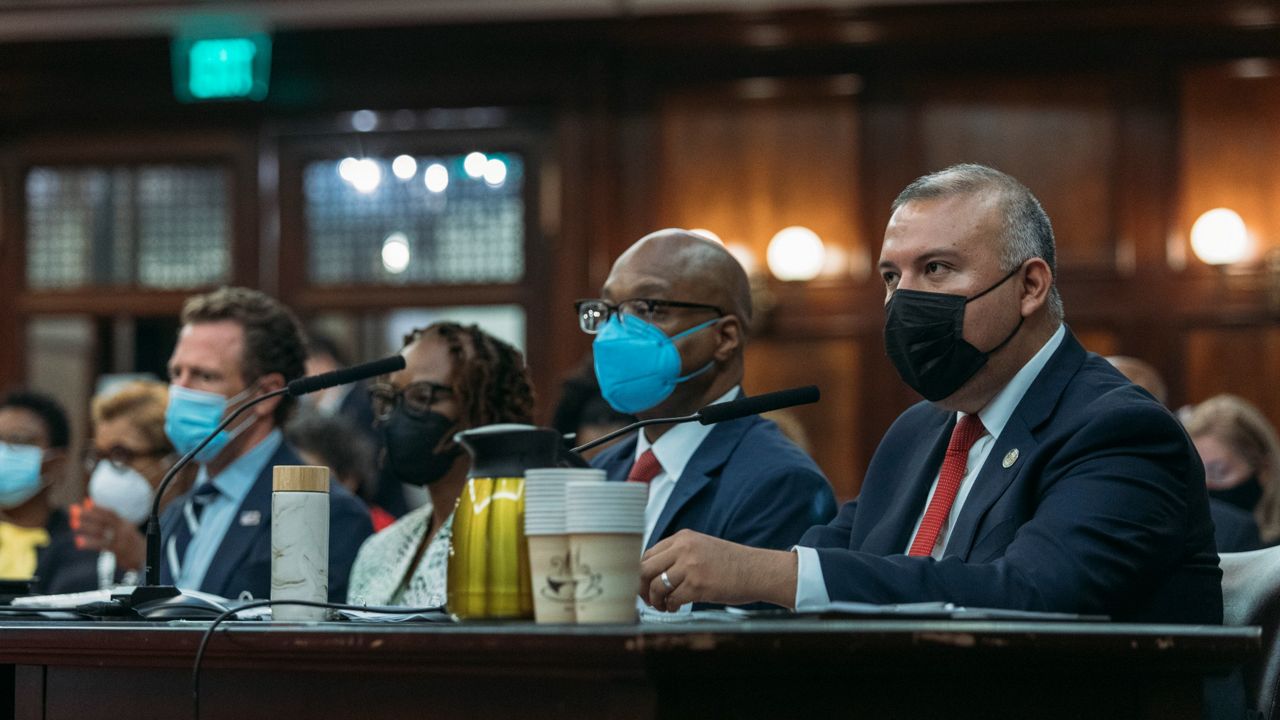 City Council members pressed the Adams administration on its handling of an influx of asylum seekers coming to New York City from border states in a hearing Tuesday, pushing agency leaders to back up their claims that the migrants are the source of a rising homeless shelter population.

Adams administration officials said that more than 4,000 asylum seekers sent from Texas and Arizona via Washington, D.C., have been processed by city agencies since May, with about a third of the total coming in recent weeks.

On Friday, the first bus of migrants coming directly from Texas arrived in the city.

Buses are continuing to come bearing migrants, Adams administration officials said, including one Tuesday and two scheduled for Wednesday.

In response, the city is seeking to open new emergency shelters specifically for the asylum seekers, including a facility that will house 600 people, a City Hall spokesperson said. The city has opened 11 emergency shelters in recent weeks. Two of these facilities are slated to be in Manhattan’s Community Boards 4 and 5, in the Chelsea and Midtown neighborhoods, according to Councilman Erik Bottcher.

“It’s unpredictable. It now seems that they’re arriving basically daily,” Manuel Castro, the commissioner for the Mayor’s Office of Immigrant Affairs, said at a hearing of the council’s Committee on General Welfare at City Hall. “We presume that this will continue to be the case.”

Yet City Council leaders and immigration legal advocates have accused Mayor Eric Adams of overstating the crisis, arguing that capacity issues with the shelter system predate the influx in asylum seekers.

“It is clear that the City’s shelter system has been under increased stress due to a range of factors, including the economic impact of the pandemic and the end of the eviction moratorium,” Council Speaker Adrienne Adams said in a statement. “While there may be a rise in people seeking asylum in New York City, this does not mean they are to blame for issues that have historically plagued our shelter system.”

At a press conference Tuesday, Mayor Adams pushed back on the speaker’s criticism, saying that only 1% of the roughly 50,000 people living in the city’s shelter system are tied to an eviction case.

“I just think it's unfair that, New York City — we're saying we're going to do our part, we're taking on this awesome responsibility,” Mayor Adams said. “The federal government and the state should assist in this as well.”

Southern border crossings are the highest they’ve been in years, according to statistics from U.S. Customs and Border Protection. Texas Gov. Greg Abbott has publicly said he plans to send migrants seeking asylum who are apprehended in his state to New York City and other eastern sanctuary cities that shield migrants from federal agencies.

Mayor Adams has called Abbott’s efforts “horrific,” and pointed to asylum seekers being bused directly to the city as the primary source of rising numbers of families in homeless shelters.

Agency officials testified Tuesday that many of the asylum seekers are arriving dehydrated, lacking the identification documents they traveled to the border with and sometimes in need of medical care.

Abbott’s office did not respond to a request for comment.

The officials said they are often unaware when a new bus will arrive because Texas required the bus company it has contracted with to sign a nondisclosure agreement.

Some migrants, Castro said, were forced to go to New York City, despite trying to reach relatives in other parts of the country.

In response, the officials said they have provided shelter placements for every migrant, as well as medical help and connection to city social services.

The city has also issued an emergency declaration to rapidly expand its shelter system capacity to house the migrants. Officials said the declaration allows contractors that already operate shelters to begin setting up new shelters without a formal contract with the city.

Council Deputy Speaker Diana Ayala said she was concerned that the city was not reacting quickly enough to an issue that the officials said had been in the making for months.

There was “enough time to come up with a plan,” Ayala said.

Officials admitted that some families have had to sleep overnight at the city’s main intake facility — a violation of a law that requires the city to provide housing to anyone in need of it.

“We fell short,” Gary Jenkins, commissioner of the city’s Department of Social Services, said at the hearing. He said that the violation would not happen again.

Yet Monsignor Kevin Sullivan, the executive director of Catholic Charities, which provides services to homeless individuals, said that he has spoken to newly arrived migrants who are being turned away from city shelters that are at capacity.

“Some are sleeping in the parks,” Sullivan said in public testimony during the hearing. “That’s the reality.”

Jenkins said that the city was still assessing how much money it would ask for from the state and the federal government to fund the new shelters and added services for the asylum seekers.

“We’re not gonna turn away our asylum seekers,” Jenkins said. “But we recognize that we need resources to address this population.”

Other council members pressed Jenkins and the officials at the hearing to provide more evidence on the number of asylum seekers newly arrived in the city. Jenkins said he did not have a current figure on the number of seekers currently in city shelters.

Councilman Lincoln Restler said he strongly suspected that the increasing volume of families in shelters was due to rising eviction rates and seasonal bumps in homeless families when school is out of session.

“We need a lot better data to believe it,” Restler said.