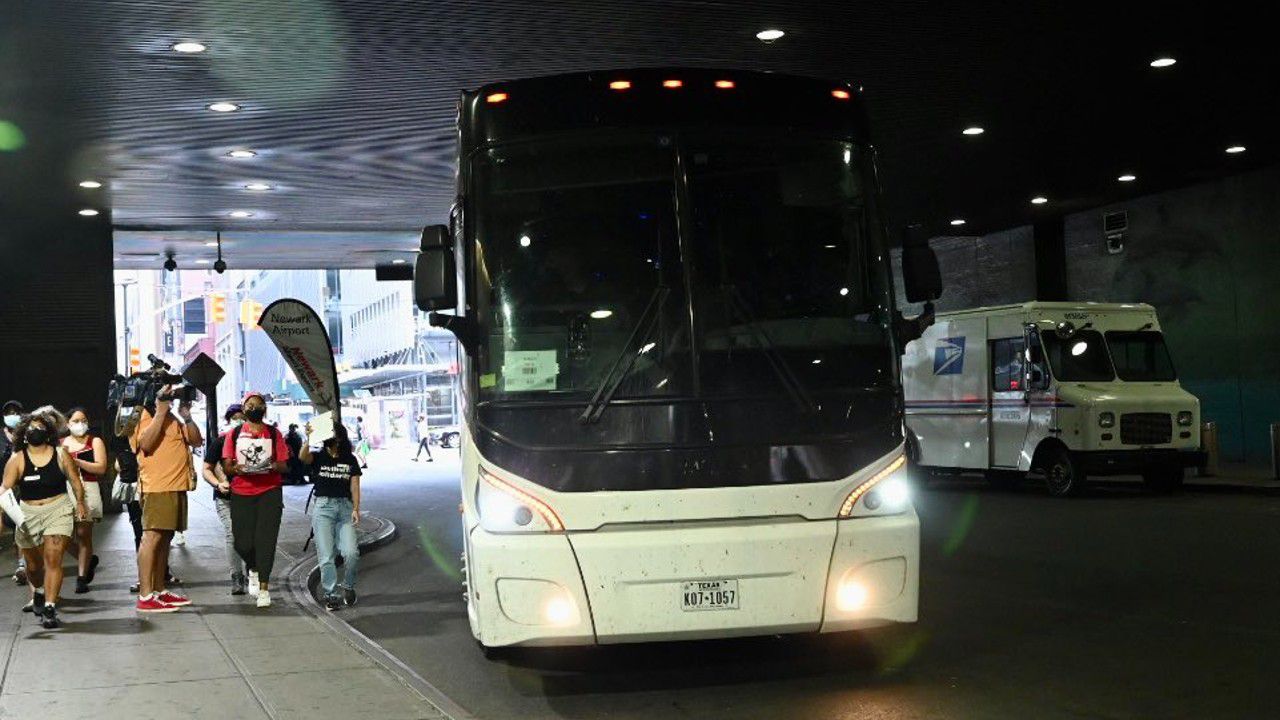 Mayor Eric Adams said Monday his administration is set to hold talks with White House officials later in the day to outline requests for federal assistance as the city grapples with an influx of migrants being bused from Texas to the five boroughs by Gov. Greg Abbott.

“Right now we are at a state where we must get the assistance from the federal government,” Adams said at an unrelated news conference Monday morning. "On Friday, the teams were speaking on a lower level, and now we’re going to have a higher level conversation with the White House."

Adams went on to say the Biden Administration appeared “extremely receptive” to his requests for federal help, and that his administration was still in the process of calculating the amount of funding the city needs.

“We have been in close regular touch with Mayor Adams and his team and are committed to working with them as we do effectively with other local leaders,” Jean-Pierre said.

The news comes a day after Adams called on the federal government for “money, technical assistance and more” after a bus carrying 14 migrants arrived at Port Authority Sunday morning. Originally, Texas Gov. Greg Abbott had said the bus would be carrying 40 migrants, according to Adams.

.@GregAbbott_TX used innocent people as political pawns to manufacture a crisis. New Yorkers are stepping up to fix it — that’s our city’s values.

But we need the federal government’s help — money, technical assistance and more. pic.twitter.com/cOdXrULpcC

Another bus carrying 54 migrants from the southern border, also chartered by Abbott, arrived in the city last Friday.

At least 4,000 asylum seekers have arrived in the city seeking shelter in the past three months, city officials said.

Many of them have arrived in the city from states including Texas via Washington, D.C. In response, the city has opened 11 emergency shelters.

On Monday, Adams continued to blast Abbott for making “political pawns” out of refugees, calling the move “inhumane” and “un-American,” though he vowed to welcome the migrants with open arms.

“Our goal is that every asylum seeker that comes to New York, we are going to give them shelter and the support that they need,” Adams said.

Abbott has blamed the Biden Adminstration for the crisis.

Did he say it was "horrific" when Biden flew plane loads into New York? Nope!

Horrific is Biden's policy of letting in ~ 2 million illegal immigrants.

The NY mayor has no idea how horrific it really is.https://t.co/hZFkYVbKP2