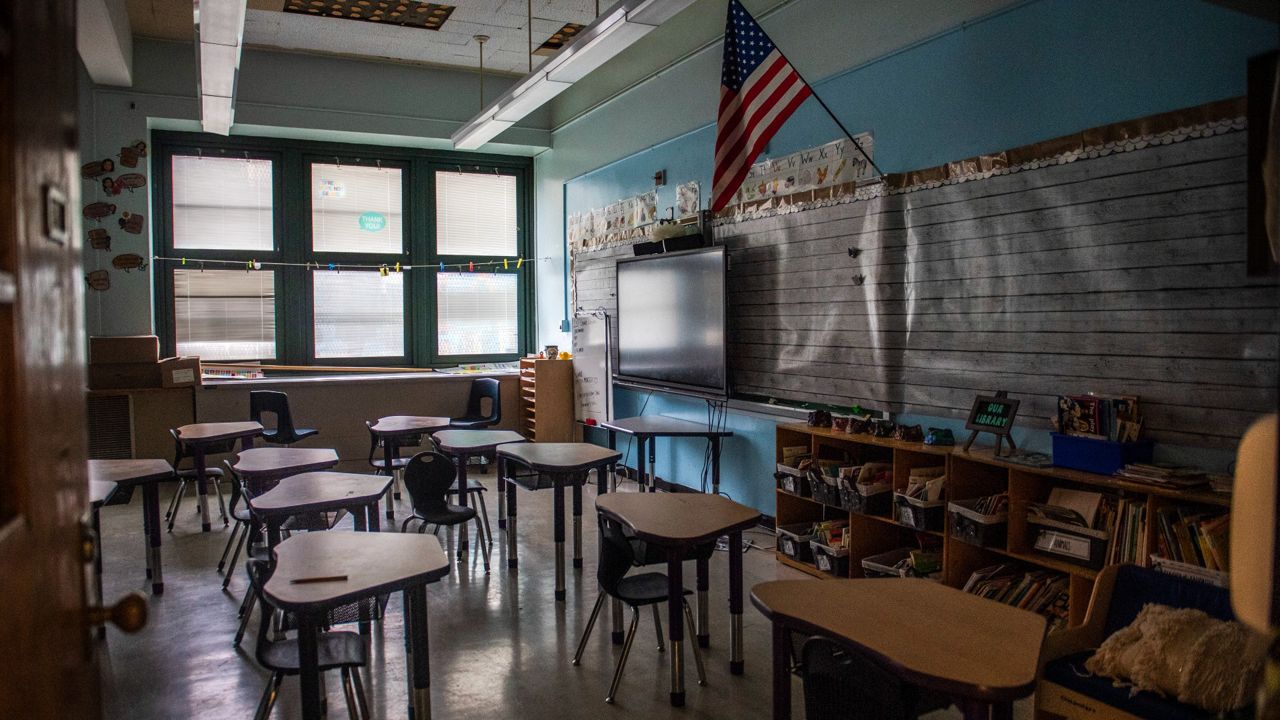 A state supreme court judge on Friday ordered the city’s Department of Education to vacate its $38 billion budget, ruling that the city did not follow state protocols when it passed it.

Judge Lyle Frank issued the ruling Friday morning, a day after he said he planned to require the city to toss the budget.

The order came in response to a lawsuit filed by a group of parents and educators who argued that the City Council skirted a state education law in passing the budget.

That law requires the Panel for Educational Policy to hold a hearing and vote on the budget before the City Council’s vote. Instead, the City Council held its vote first, with the PEP casting its votes after the fact.

While the city issued an emergency declaration to circumvent the law, Frank on Friday ruled that the declaration was not proper.

“What was most in question was whether the Emergency Declaration put forth by [Schools Chancellor David Banks] on May 31 was a valid exercise of the Chancellor’s powers. The court finds that it was not, for the reasons indicated on the record,” the judge wrote.

“As such, the vote of the New York City Council on the FY’23 budget should have occurred after the [PEP] held its own vote on the budget, which it did not,” he added.

City Council Speaker Adrienne Adams deflected blame onto the DOE, saying the department "removed hundreds of millions of dollars more from school budgets than it ever conveyed in the city budget."

"The Council is considering a full range of legal actions to take in the coming days to ensure DOE permanently restores school budgets, is accountable to the public, and completely transparent about all relevant budget information and detailed accounting of the status of its remaining federal stimulus funds," the Council speaker said in a statement. "Mayor Adams and Chancellor Banks are risking the health of our school system and students, and they must resolve this issue immediately."

Speaker Adams and many Council members protested the education cuts despite originally voting in favor of the budget that included them.

In his order, Frank noted that he would not, and could not, “opine as to what level of funds should have gone into” the budget.

The order targets only the DOE's budget, not the full city budget — which clocked in at $100 billion — despite arguments from the city’s attorney that it isn’t possible to strike down only one part of the budget.

In a statement provided to NY1, a City Hall spokesperson said the city was "disappointed in the judge's ruling," adding that it would "be taking immediate steps to appeal."

"Students, teachers and parents need finalized budgets to ensure they are on track for a smooth opening next month," the spokesperson added.

The order vacates the fiscal year 2023 DOE budget Mayor Eric Adams and the City Council agreed on in June. It reverts the spending for the department back to the prior fiscal year’s budget — and authorizes the mayor and the City Council to take a new vote on the 2023 budget, which could then take effect as long as the city follows the proper laws.

It will essentially allow for a do-over on the vote — a vote that some Council members who approved the budget have gone on to say they now regret, because of how the cuts have impacted schools. Many schools have had to reduce the number of teachers on their staff, resulting in larger class sizes or the loss of programs like art or music.

Frank on Friday wrote that the order should not prevent the city from allocating additional money to the DOE from sources other than the city’s coffers — like federal funding. He also said it should not prevent “the implementation of the dyslexia program already being created by the DOE,” so-called “net-zero” transactions where staff move within the system, and budget changes associated with grants.

It is unclear how the judge’s order on the dyslexia program will work. That program, announced in May, was funded in the 2023 budget, not in the 2022 budget the judge is ordering the city to revert to.