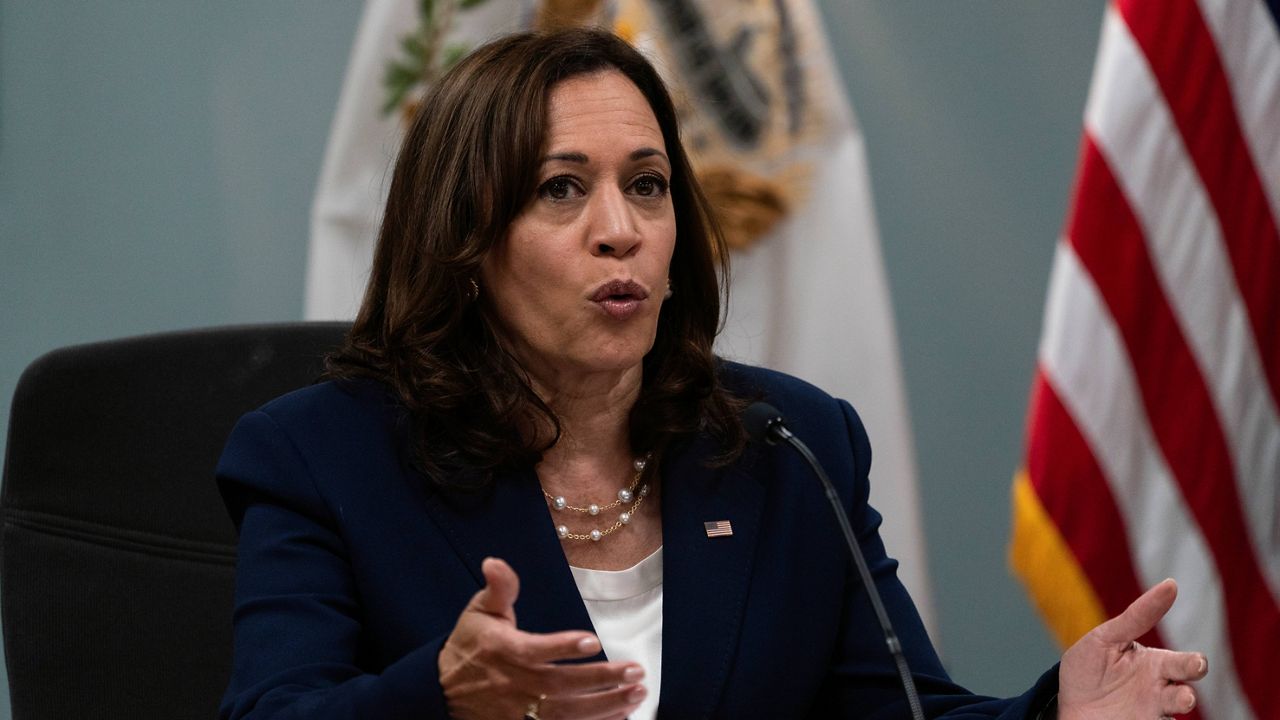 In NYC, Harris previews new effort to give underserved communities an economic boost

Vice President Kamala Harris traveled to Brooklyn, New York, to announce a new administration-wide effort that will bring together public, private and federal partners to “address economic disparities and accelerate economic opportunity in communities of color and other underserved communities,” per a White House announcement.

Harris visited the Bedford Stuyvesant Restoration Corporation, the nation’s first community-economic development corporation, where she was introduced by president and CEO Blondel Pinnock – who noted the symbolic location of the announcement, saying Bed-Stuy is “one of our country's most iconic, historically Black neighborhoods.”

“From Shirley Chisholm to Notorious B.I.G., the community has produced countless artists, activists and leaders of industry,” she said.

Since its inception in 1967, the corporation has launched a number of programs that aim to bridge the racial wealth gap in the United States by helping clients gain knowledge and resources on issues like budgeting and credit repair, providing affordable housing and pathways to homeownership, connecting individuals to community jobs and more.

Harris herself called the company “a model of the capacity of our nation,” saying the visit will serve to “​​show folks around our country what is possible when you bring folks together from all sectors who understand the capacity of communities, the talent of communities – that it’s there, and just requires a little support.”

Thursday’s announcements aim to similarly address the persisting racial wealth gap in the country. According to a late 2021 release from the Federal Reserve, Black and Hispanic/Latino households make only half as much as white households, and also hold only 15-20% net wealth as their white counterparts.

The Fed also noted that the overall wealth gap has “widened notably over the past few decades.”

“There are still far too many people in our nation who do not have access to the capital and to the financial services they need to thrive,” Harris said Thursday. “And I believe, given the breadth of the financial disparities in our nation, the public and the private sector must join forces to take on these challenges.”

To bridge the divide, the Biden-Harris administration will launch a new Economic Opportunity Coalition – a partnership with 21 corporations and three foundations – to coordinate cross-sector efforts that will “develop and deploy products that solve challenges in getting resources where most needed and drive towards outcomes for meaningful action.”

Some of the major companies that signed on to the coalition include Bank of America, Capital One, Citi, Google, Mastercard, McDonald’s, Netflix and PayPal. The coalition has, so far, identified four areas of focus: investing in and strengthening community finance organizations; supporting entrepreneurship and minority-owned businesses; improving financial health and literacy and addressing infrastructure needs that create community wealth.

“Together, these organizations with us will invest tens of billions of dollars to provide capital to community lenders, to support entrepreneurship, in particular for women-owned and minority-owned businesses, and to expand access to financial services and create affordable housing and protect affordable housing,” Harris said.

“In the coming months, our administration will work closely with all members of this coalition to make sure that we are maximizing the impact of every dollar that is spent,” she added.

Already, the coalition members have committed over $3 billion in investments for both minority depository institutions and community development financial institutions, and at least six participating organizations will provide “technology and personnel to CDFIs and MDIs through secondment programs, pro-bono consulting, and pro-bono technology.”

The coalition has also agreed to purchase over $6 billion in products and services from “diverse suppliers” with more than a $500 million initial investment in Black and Hispanic-owned equity funds.

"At Citi, we recognize that closing the racial wealth gap is not only imperative for communities but for businesses,” Jane Fraser, CEO of Citi, said of the company’s participation in the effort. “We need collective action from both the private and public sectors to address systemic socioeconomic issues and increase economic mobility.”

In addition to the partnership with nearly two dozen companies, six government agencies – the departments of the Treasury, Commerce, Transportation, Housing and Urban Development, and Agriculture and the Small Business Administration – agreed to collectively layer and allocate resources in a way that addresses disparities in historically underserved communities.

The six agencies will form a new Interagency Community Investment Committee with a focus on expanding four specific efforts:

“The ambition and the aspiration to turn dreams into reality – including the aspiration and dream to start a business, to own a home, to get an education – that is the energy and the ambition that has always been a driver of America moving forward,” Harris said Thursday.

“It creates jobs. It sparks innovation. It expands the economy and it makes our nation more competitive," she added. "But achieving that success requires a number of very specific things. And in particular, it requires access to capital.”