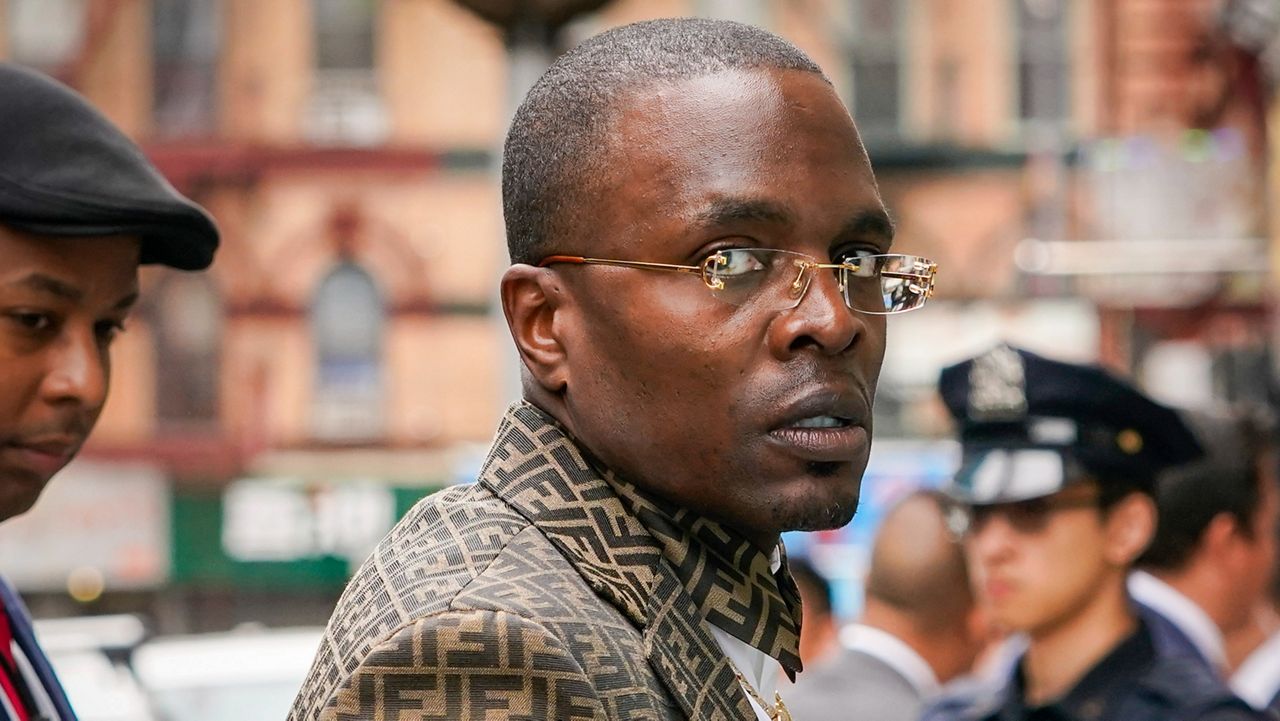 Bishop Lamor Miller-Whitehead was robbed of more than $1 million worth of jewelry on Sunday, July 24, 2022. (AP Photo/Mary Altaffer)

A Sunday sermon turned into a $1 million dollar heist in Brooklyn.

"All right," Whitehead appears to say repeatedly in the video.

"Everybody stay seated. Nobody move," someone else appears to say.

It happened on Sunday just after 11 a.m. at 922 Remsen Avenue in Brooklyn, according to the NYPD.

“It was a heinous act. It was a violation of every code,” Whitehead said on Facebook Live Monday.

Police say the robbers came in and stole more than $1 million worth of jewelry from Whitehead and his wife.

“That’s hard to process that he would have that amount in the community, a small community like that," said Melanie Walker, who lives in the neighborhood. "That’s pretty amazing. Wow.”

She said she would think whoever did this had to have known Whitehead wears expensive jewelry.

Whitehead said people have wondered why he and his wife had more than $1 million in jewelry while delivering a Sunday sermon.

Whitehead also said that he does not care about material things. He is happy that he is alive.

Now, he said he is offering a $50,000 reward to anyone who can help police arrest the people involved.

“When you put a gun up to my 8-month-old daughter who is just beginning life, you must be caught,” Whitehead said.

Police are still investigating to find the people in the video.

Whitehead has called Mayor Eric Adams a mentor, and Monday, the mayor released a statement, which did not mention Whitehead by name.

“No one in this city should be the victim of armed robbery, let alone our faith leaders and congregants worshiping in a House of God. The NYPD is investigating this crime and will work tirelessly to bring the criminals involved to justice," Adams said in the statement.