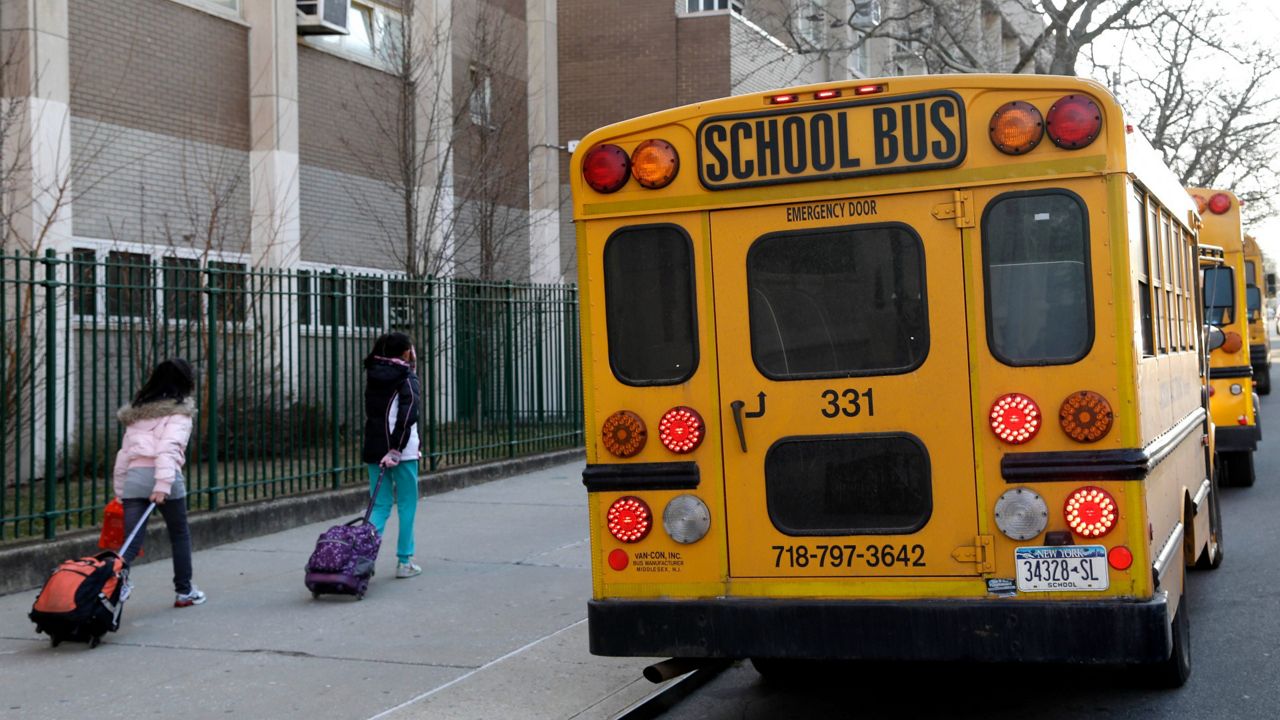 The city is in discussions to move $250 million in funding to schools that are facing steep cuts due to lower enrollment, sources told NY1 on Wednesday.

"Adrienne and I have been taking since before the budget was passed. We have been talking. We have not stopped talking about this issue and some other issues around this. She’s a great partner. There is no agreement thus far," Mayor Eric Adams said at an unrelated press conference Wednesday, referencing negotiations with City Council Speaker Adrienne Adams.

But sources said a deal between the City Council and the Adams administration for the funding is close — but not yet finalized. It comes after weeks of protest from public school staff and parents.

"I've had fruitful conversations with the speaker about how do we deal with the crises we're having in education around decreasing enrollment and some other real financial crisis," Mayor Adams said.

He added, even if a deal is reached, there's no new money and any relief will have to come from somewhere else in the budget.

“Principals are given funding to run their schools and some of that funding is earmarked for a specific reason," Mayor Adams said. "And if we could come up with a way of saying instead of you just having to use it on that specific reason, that you could use it for something else that you want to free you up, that’s a conversation we can have."

The cuts were first included in city budget documents in February, but they garnered little attention until June, when schools received their individual budgets.

By then, the budget had been finalized, ultimately leading many Council members — including Speaker Adams — to protest against a cut that was in a budget they themselves had voted for, and had celebrated when it was enacted. This week, several members apologized for their votes.

School funding has long been tied to how many students are enrolled, but during the pandemic, as enrollment at some schools plummeted, the de Blasio administration chose not to take away funding from schools that lost students.

Instead, the de Blasio administration used federal stimulus dollars to continue funding schools as if they had not seen enrollment declines.

The Adams administration opted to phase that out, using some stimulus funding to offset declines but ultimately reducing Fair Student Funding to schools that saw enrollment drop by $215 million.

At many schools, that has meant sharply lower budgets — which in turn has meant "excessing" teachers. That means a school can no longer afford to keep those teachers on staff, and while they remain employed by the city, they must seek a job at another school with vacancies.