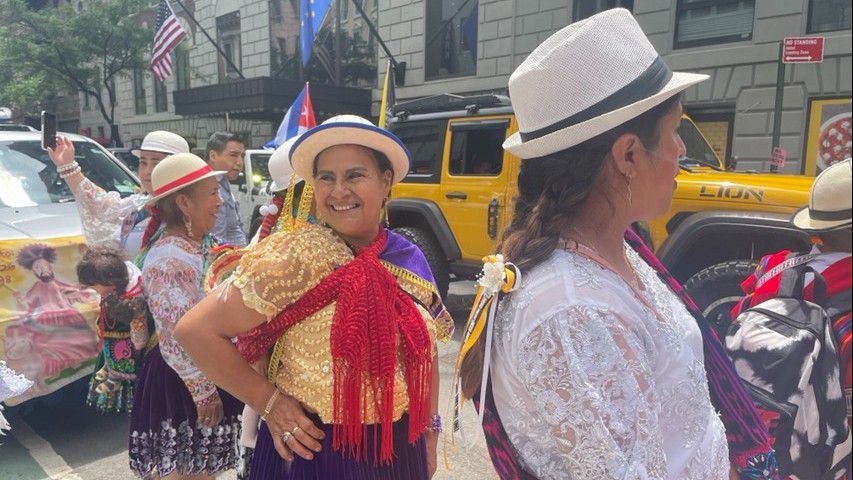 “I feel excited,” Carnival Cubano Parade President Barbara Cambom said. “A lot of people, a lot of countries in this Cuban Hispanic Parade.”

Carnival Cubano Parade kicked off on East 38th Street, making its way down to 27th Street.

“This city is invincible,” Mayor Eric Adams said at the parade. “It’s invincible because of the diversity. And the Cuban community is a symbol of that diversity.”

Adams served as the parade’s Grand Marshall and issued a special proclamation to mark the celebration.

With a population of over 140,000, the city’s Cuban community is the largest in the country outside of Florida.

“Our parade celebrates the Cuban culture but we are inclusive and we invite everyone and all the cultures to come down and celebrate with us,” Val Bortela, the parade’s director of promotions, said.

Parade-goers say it’s an opportunity for New Yorkers from all Spanish-speaking countries to celebrate and stand in solidarity with the Cuban community.

“We need all of us,” Amaya Corredor, a parade-goer, said. “We need to fight for freedom and we need the freedom of speaking up, no matter your beliefs or thoughts.”

Like so many other parades in the city, Carnival Cubano Parade made a comeback after a years-long hiatus due to the pandemic. Organizers say they hope to see this celebration continue to grow.

“It’s important to have the city’s support, recognition,” Bortela said. “It’s also important to us to celebrate our culture and not forget where we came from and share it with the other Spanish American cultures.”