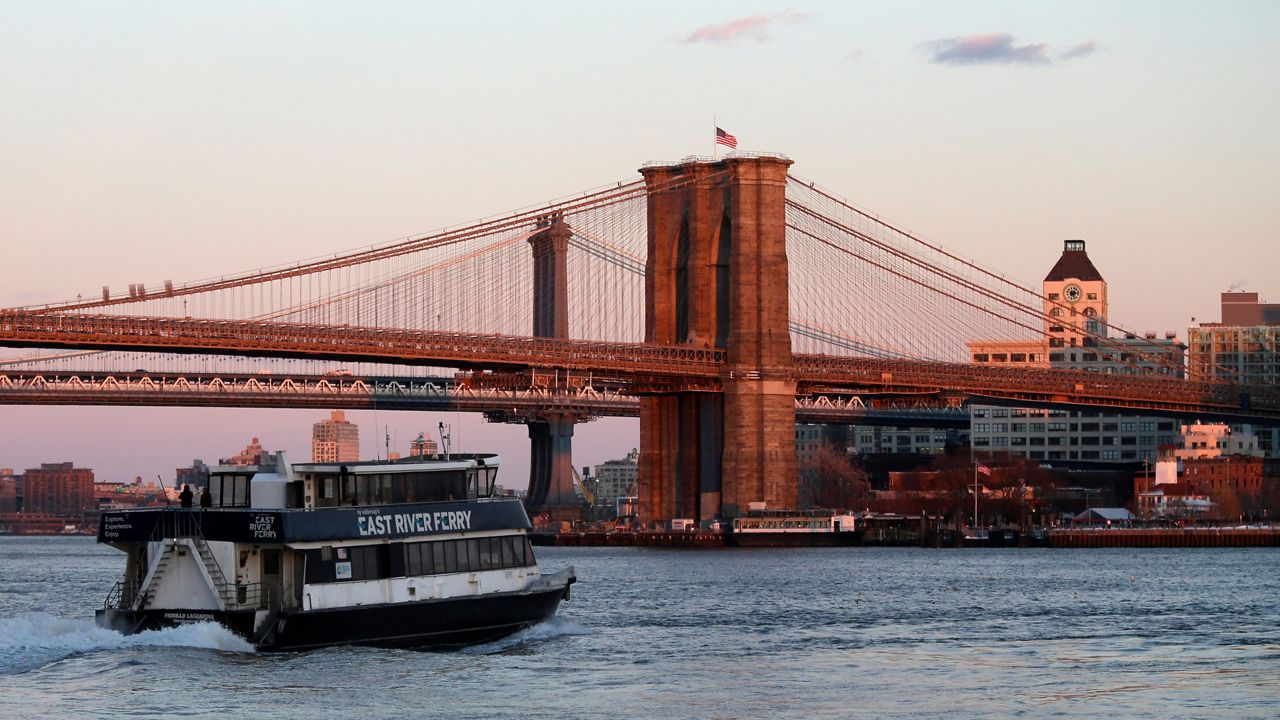 In this Thursday, Feb. 5, 2015 photo, a commuter ferry travels to the pier in the Dumbo neighborhood of Brooklyn. (AP Photo/Mary Altaffer)

The New York City ferry system, which launched in 2017 with a single-ride fare of just $2.75, has been largely viewed as a success.

But behind the scenes, according to Comptroller Brad Lander, the city's Economic Development Corporation has failed in its oversight of the program.

"During the [Bill] de Blasio administration, EDC failed to provide the transparent, accurate oversight and financial management that is required of them,” Lander said at a news conference Wednesday.

Most notably, a new audit from Lander’s office found the city underreported expenses by $224 million over a six-year period. That obscured the system's cost to taxpayers, which was originally estimated at $6.60 per ride.

"The city's actual subsidy per ride on the ferry system was much higher than reported,” Lander said.

According to Lander, the subsidy actually amounted to almost $13 per ride in the last fiscal year. And he says financial mismanagement resulted in $66 million in unnecessary expenses, including one case where the city overpaid for a single ferry by $2.8 million.

Lander believes de Blasio's insistence on a low fare is what led to the agency understating expenses.

"He was clearly invested in the system that he proposed,” Lander said. "It's reasonable to guess that there was essentially pressure on EDC to put forward information that showed a lower subsidy per ride, in a way that would be more consistent with the goals that the Mayor had laid out."

The EDC took issue with some of the report's findings, but agreed to some recommendations, including a competitive bidding process to find a new operator.

The current mayoral administration distanced itself from the situation.

"Concerns around the system’s finances are well known," a spokesperson for Mayor Eric Adams' office said in a statement. "The prior administration rushed NYCEDC to establish a large and complex ferry system, and we are keenly aware there is room for improvement."

As to whether the ferry should raise fares, Lander said he supports a system of dynamic pricing, in which the prices would vary depending on factors like time of day and frequency of use.

De Blasio, who is running for an open Congressional seat in a new district that straddles Brooklyn and Manhattan, said in statement: “We haven’t had a chance to review the full report and recommendations, so I can't comment on any specifics yet, but if there are issues with underreporting at EDC, or by the ferry operators, that should be remedied and whatever accountability or reforms that are needed should be adopted.”