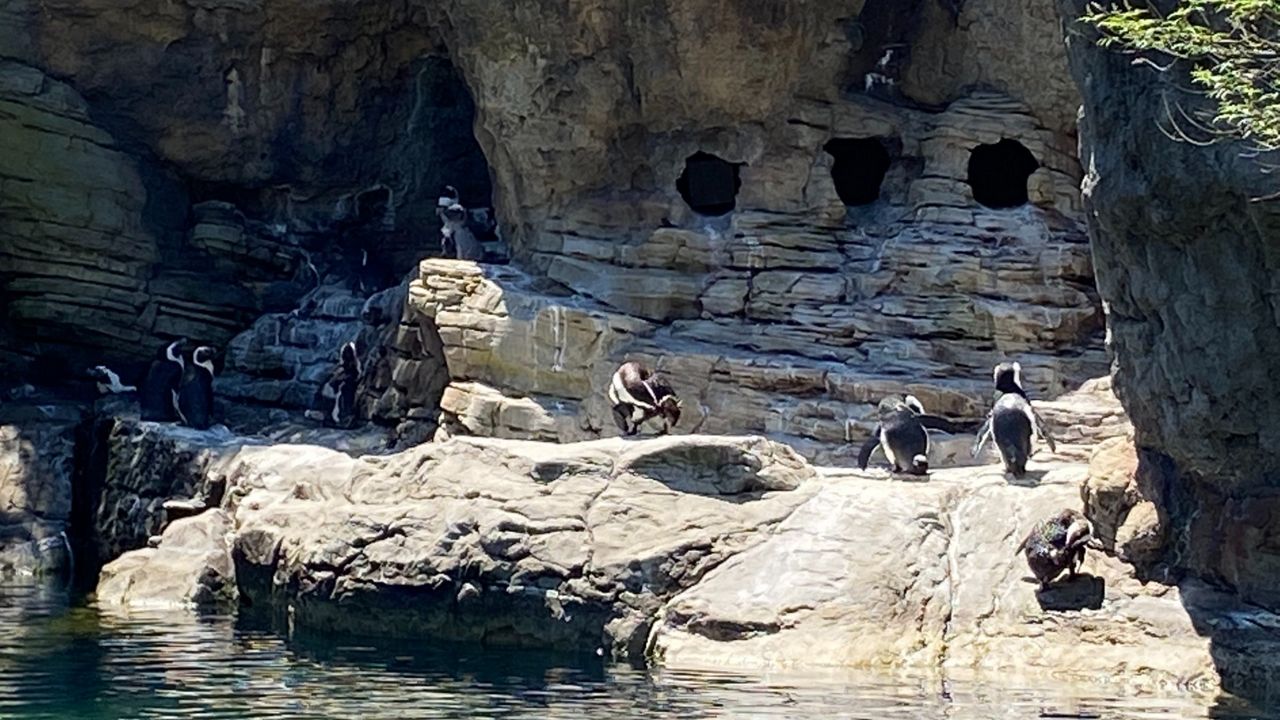 Nothing fishy as New York Aquarium is fully open again

It’s been a long time since visitors to the New York Aquarium have been able to see the underwater world of some of their animals, like California sea lions, harbor seals, sea otters and penguins.

“It’s just such a wonderful perspective to see these animals in this exhibit,” Craig Piper, director of the aquarium, said.


The exhibit, "Sea Change," is the final public exhibit to reopen at the aquarium in Coney Island after the destruction of Hurricane Sandy in 2012. It’s the underwater portion of the popular Sea Cliff, which offers a view of the animals from the surface. Sea Change focuses on climate change and how it is affecting coastal areas and species who live there.

“In the case of harbor seals that live in colder climates, we’re seeing pack ice is melting, so it gives them less safe places to haul out, so sometimes they get exhausted or they don’t have safe places to get away from predators,” Piper said. He added that there are many other examples of how climate change is affecting the habitats of the animals that call the natural aquarium home.

It’s been a long road back for the aquarium, but now all of its exhibits and public spaces are welcoming guests.

In 2020, "Spineless," referring to jelly fish and octopus, was the first exhibit to open in a building restored from storm damage. This year, the fun and colorful "PlayQuarium" opened in the same building. Previously "Ocean Wonders: Sharks" opened in 2018, a planned expansion delayed by Hurricane Sandy. Protections like walls and gates to keep water out have been placed, critical systems like electrical have been elevated, and a back-up power generation plant added. It’s all designed so there’s not a repeat of what happened in 2012.

“I liken it to we are rebuilding an airplane while it’s fully in flight, because we have to keep caring for the animals,” he said.

Piper said it was like a chess game temporarily moving animals while renovating buildings and then moving them back. A nearly decade long effort to bring this aquarium back in full force, and ensuring New York City’s only aquarium is better prepared to withstand future storms.