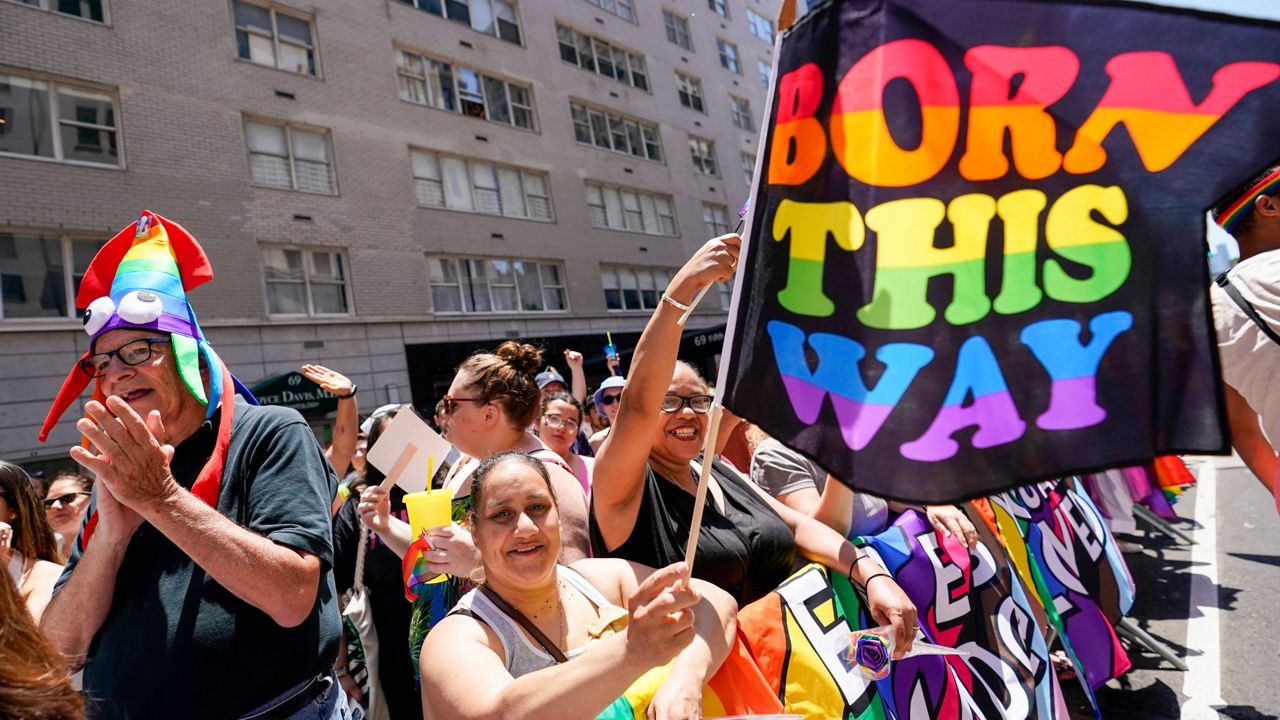 It was the day New Yorkers had been waiting for for three years: the return of the city’s annual Pride March.

Sunday's event was the first time the march was held fully in-person since the start of the pandemic. It brought people from all over the country to New York.

The march was canceled in 2020, and a hybrid virtual version was held in 2021. Pride has always been a joyous celebration — and that was very much the case on Sunday.

But the march has always been one of protest as well. And the Supreme Court ruling on Friday upending half a century of abortion rights in the country brought a sense of urgency to the event.

"When the government comes for us, we have to come harder, so thats the energy I'm bringing," Chase Strangio, one of the grand marshals for the event, said.

Marchers said they were fearful that other rights, such as same-sex marriage and access to contraception, could be in danger as well. Supreme Court Justice Clarence Thomas wrote that those landmark cases should be revisited in his concurring opinion on the Roe decision.

Those taking to the streets said it made the theme of this year’s march, "Unapologetically Us," especially resonant.

"It really sends a message: 'We are not okay being silenced. We are not okay with going back into the closet, and we will not apologize,'" Sandra Pérez, executive director of NYC Pride, said.