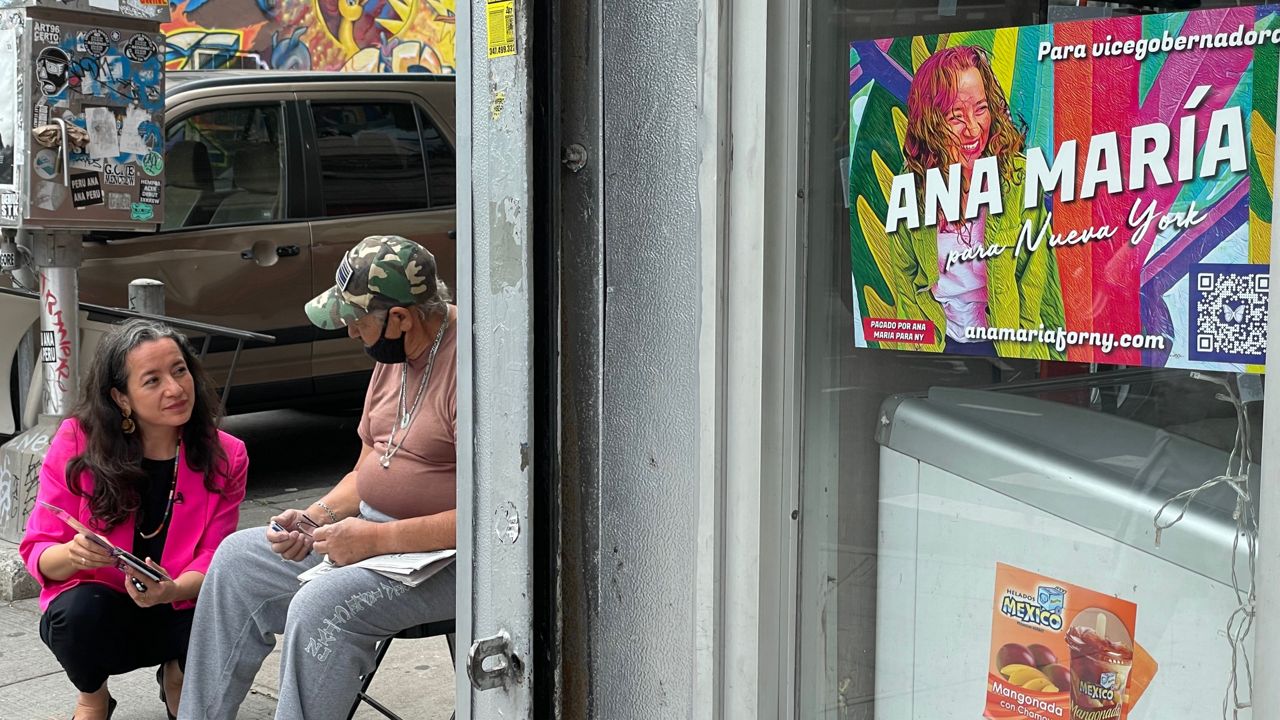 She has spent twenty years pushing Democrats to the left on issues like immigration reform and affordable housing. And now, for the first time, Ana María Archila is running for elected office.

A co-founder of the progressive non-profit organization Make the Road New York, Archila is making housing her top priority in her run for lieutenant governor, at a time when New Yorkers are growing anxious about public safety.

“Part of what we are facing is a homelessness crisis that makes everyone feel really stressed out about the use of public space, about the safety of public space. So people understand that without affordable housing people cannot be safe,” Archila said.

Running on the same ticket with gubernatorial candidate Jumaane Williams, Archila has put together a strong coalition of progressive Democrats and Democratic Socialists, and has the backing of the Workings Families Party. Asked whether she considers herself a socialist, she responded, “I’m not a socialist. I am a proud Working Families Democrat and what that means is that I want the Democratic Party to actually fight for people.”

The race for lieutenant governor became competitive after Gov. Kathy Hochul’s initial running mate, Brian Benjamin, was arrested in April. She then scrambled to find a replacement and picked Antonio Delgado, a congressman from the Hudson Valley who brought a $2 million campaign war chest to the race.

The other Democrat running in the June 28 Primary is former Brooklyn Councilwoman Diana Reyna.

“The governor interfered in an election that was already underway. She had a lieutenant governor before who imploded in scandal,” Archila said. “She then, instead of allowing a fair election between two Latinas that had been running already, she decided to change state law to remove the name of her previous lieutenant governor and insert a new candidate in the middle of an election.”

If elected, Archila promises to become a lieutenant governor independent from the governor.

She says she’s the only one in the race offering real solutions to New Yorkers.

“Antonio Delgado has stayed absolutely quiet on the issues that matter most to people and Diana Reyna has just done fear mongering and fear mongering,” Archila said.

And despite her criticism of the governor, Archila says that if both she and Hochul win their primaries, she will partner with her to defeat the Republicans in November.