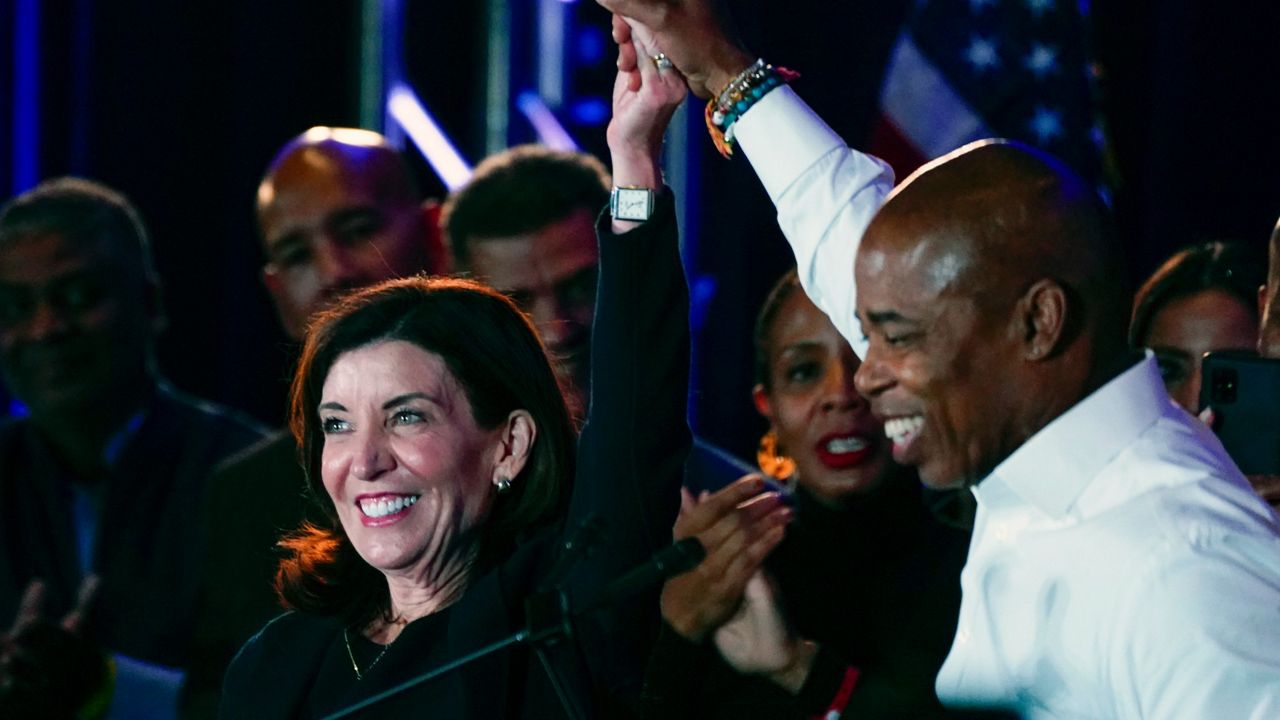 Mayor Eric Adams has endorsed Kathy Hochul in the Democratic primary for governor.

Adams threw his support behind Hochul at a campaign event the governor held in Manhattan Wednesday morning.

“Let’s put Kathy Hochul back into the governor’s mansion,” Adams said. “I strongly endorse her as the governor.”

In a statement released after the endorsement, Hochul said she and Adams were "proving what a strong partnership can achieve when leaders are united in delivering results for New Yorkers.”

“Since taking office, we have worked together to tackle some of the city’s most pressing issues, from public safety to housing to getting our economy back on track," Hochul said. "We are committed to building a new chapter in our state’s history that’s focused on teamwork, collaboration and progress over politics."

"Mayor Adams and I will continue to get things done for New Yorkers, and I’m honored to have his endorsement," she added.

Appearing on "Mornings On 1" shortly before the event began, Adams praised the governor's leadership.

“New Yorkers witnessed over COVID, the tension between the executives in both the city and state. When you look at how we are navigating our way out of COVID, how you see increasing ridership in our commuter rails, how you’re seeing passing some very difficult — when I left Albany, people told me it was not possible to pass even some of the criminal justice reforms we were looking for,” he said.

“She has really assisted in doing so, and you know, we want to continue our partnership,” he added.

Asked to explain why he did not endorse the governor sooner, the mayor said he was “caught up with budgets” — and focused on combating crime and COVID-19.

“This is the right time. We’re near the election day, and we’re going to get out the votes,” he said.

Adams spoke with Hochul’s Democratic primary rival, Public Advocate Jumaane Williams, about his support for her this past weekend, he said.

“Jumaane, I think, serves a real role as a public advocate. He brings a vision to what he believes that office should do,” the mayor said. “But I believe that we’re making the right decision.”

Suozzi was an early endorser of Adams’ campaign for mayor last year. The congressman, who represents parts of Queens and Long Island, wrote in a statement, “I still consider Eric Adams a brother, but if he wants to stop surging crime in NYC he will need a new governor in Albany who will fix bail reform. I will.”