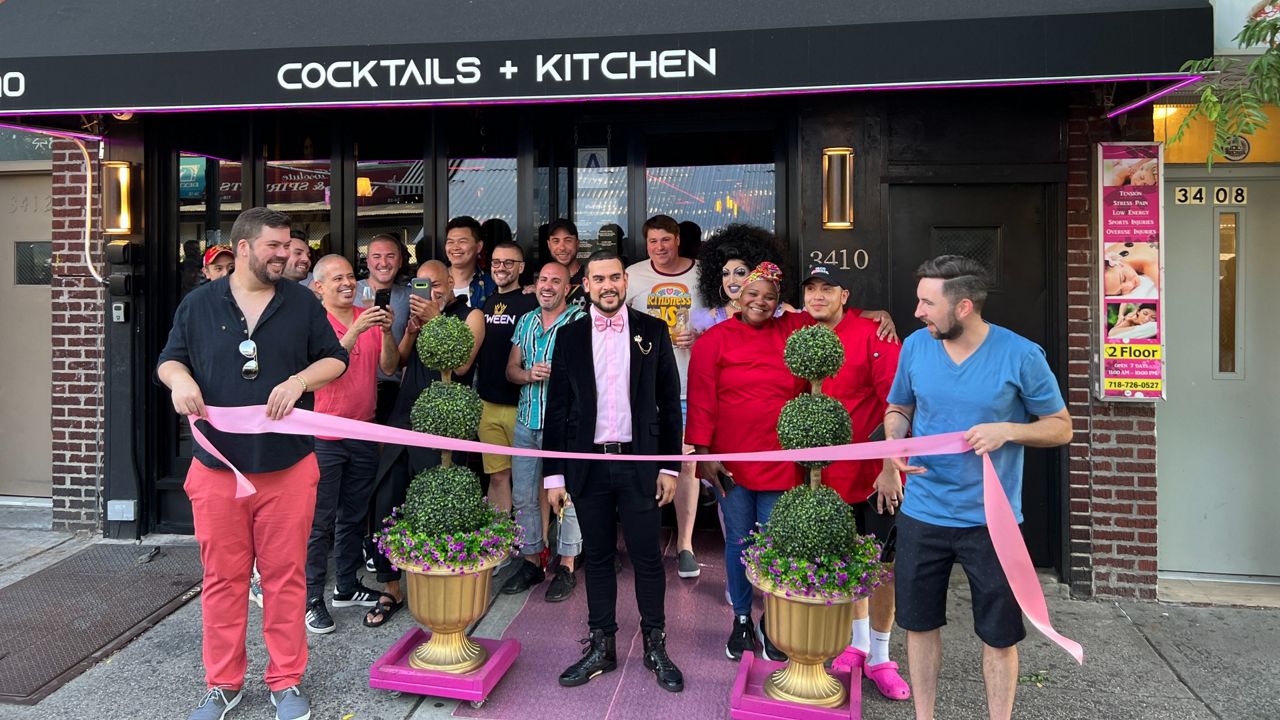 The cut of a pink ribbon officially marks the grand opening Kween, a gay bar and restaurant in Astoria, Queens. It was the moment owner, Pedro Alvarado's dream became a reality. (NY1/Alyssa Paolicelli)

A Queens business owner is living his American dream

The cut of a pink ribbon officially marked the grand opening of Kween, a gay bar and restaurant in Astoria. It was the moment owner Pedro Alvarado’s dream became a reality.

“When I signed the papers for this business and I got the key and I put the key inside the lock, I said, 'Well this is it, this is my baby,'” Alvarado said.

Alvarado’s dream of opening his own place dates back to 1998, when he immigrated from Venezuela to New York. His first job was washing dishes at a restaurant on Madison Avenue. Then, a bartending gig at the Hard Rock Cafe, where he learned how to make 180 drinks. Eventually, he became a manager in the gay bar scene in Hell’s Kitchen.

“So I was saving, getting experience, creating things, and then I was like, 'Well, what it could be?'” he recalled.

And that is how the idea for Kween was born. It’s more than a business; it’s a freedom Alvarado didn’t always feel growing up in Venezuela.

“It was difficult coming out as a gay man, and everything, in all of South America and a lot of places, including the United States,” he said. “This space in particular is gonna be, is already a safe space for everyone. You can be whoever you are and you are safe here. This is your place, your home.”

Alvarado says owning a queer space comes with greater responsibility. He wants Kween to not only be a safe space to have fun, but also a place to support the LGBTQ+ community with events and fundraising.

“I want to try to do my best to not be just a business that serves drink and food,” he said.

In Alvarado’s palace, he says he wants to raise everyone up to feel like a Queen, which is where inspiration for the business’s name came from.

“Everybody is calling everyone like, 'Yass queen, hey queen,' or whatever. For me, Queen with a K-W-E-E-N is like, is encouraging,” he said.