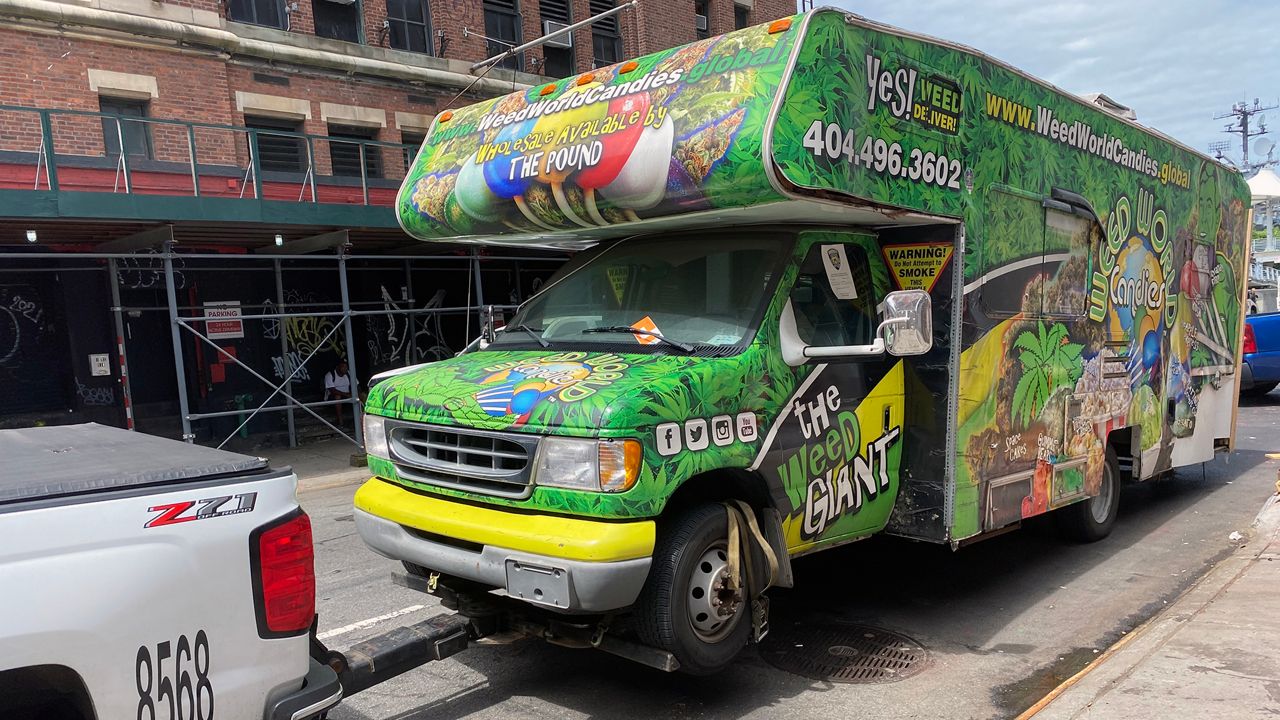 The sheriff's office said the company owes about $200,000 in tickets and fines. (NY1/Dean Meminger)

The company, which sells various marijuana products such as edibles and lollipops out of vehicles across the city, owes about $200,000 in tickets and fines, according to the sheriff’s office.

Many of the Weed World campers were towed from West 45th and 46th streets near 12th Avenue, where they often park overnight.

“This is just one of several functions of the sheriff‘s office where we have to come out and hold people accountable for the debt that they owe the city,” said Sheriff Anthony Miranda.  “This is one of those operations, again, we do a number of other things — orders of protections, warrants — but this is an operation that was necessary because of the debt that was owed to the city, and we were able to locate their vehicles and hold them accountable.”

The owner of Weed World, Bilal Muhammad, told NY1 that the tickets are the price of doing business in the city. In a phone interview, he said several contractors with the company got the parking tickets and didn’t pay them.

He said he is working with the city’s Department of Finance to pay off the tickets and get the vehicles back on the road selling the weed treats.