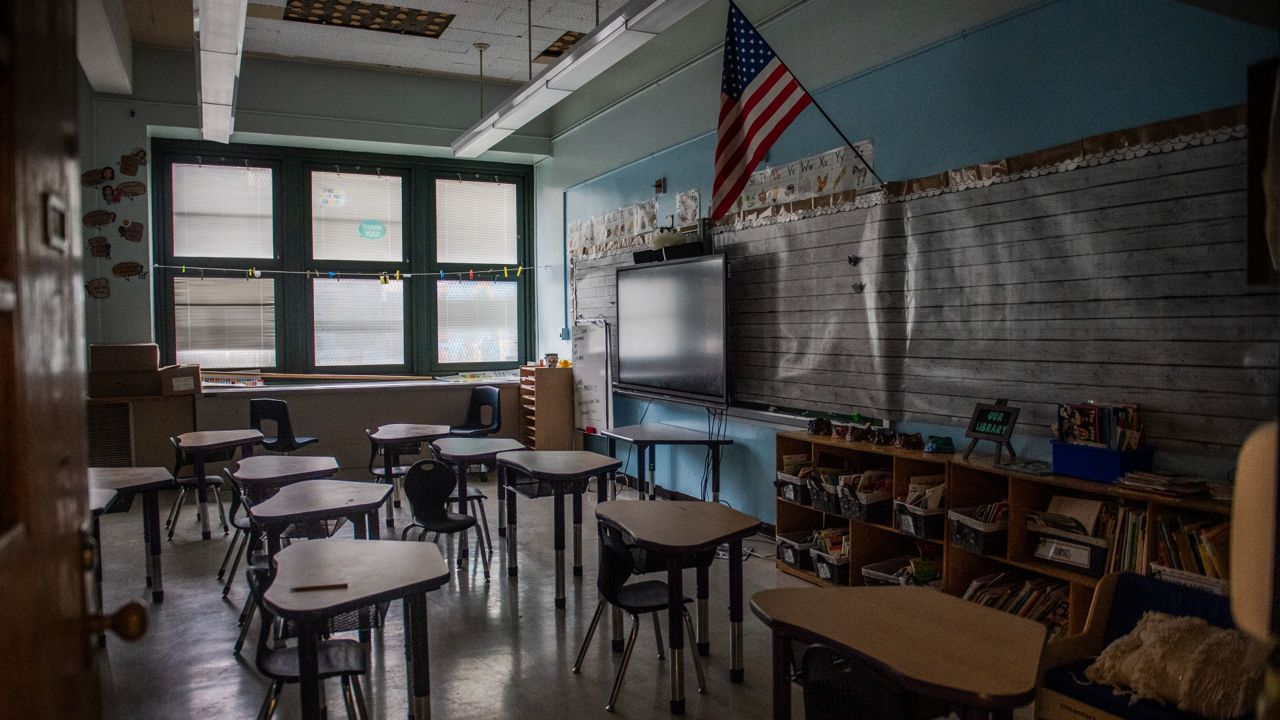 More than 329,000 public school students do not have a parent who is fluent in English — and a new report highlights the problems many of them face getting information from their children’s schools.

“It's figuring out ways to communicate, which doesn't just entail translated documents. You have to make sure that parents are receiving the information, not just that it's being posted somewhere or that it's being sent in an email,” Rita Rodriguez-Engberg, the director of Advocates for Children’s Immigrant Students’ Rights Project, said.

Of those children whose parents aren’t fluent in English, the report from Advocates for Children found:

Parent Janneth Mosquera, speaking in Spanish, estimated that she had requested a translator 20 times this year — but that the job was almost always left to her 10-year-old daughter.

“For my daughter, it is uncomfortable, more than anything, because she is a child in a certain way, and it is not in the same way that one can relate between adults, she said.

Problems reaching families like hers came into sharp focus during the pandemic. Mosquero said for her, COVID-19 was “una tormenta” — a storm.

“It was something very hard," she said. "Because they started to give the classes through the Google classroom, and that was a headache even more for those of us who don't speak English.”

Advocates urged the city's Department of Education to develop a plan to better connect with these families, and the city spent $4 million in targeted outreach over the last year.

But that funding is absent in this year’s budget proposal, leaving the program on the chopping block.

In a statement, the DOE called the initiative “important,” but noted it was made possible by one-year funding.

“We look forward to our continued partnership with the Council and appreciate their strong, ongoing support for multilingual learners and families who prefer to communicate in languages other than English,” spokeswoman Suzan Sumer said. “While we await further budget negotiations, every family has access to the DOE's robust translation and interpretation services by way of translated family letters, over-the-phone interpretation services and other helpful online resources."

Rodriguez-Engberg hopes the city will put the funding back in the budget — and keep it there in the future.

“When it comes to immigrant families, you know, they've been really left behind, and during the pandemic, even more so,” Rodriguez-Enberg said. “I think it's really time to make sure that we're paying attention to them, that we're not leaving them in the dark, and that all parents in this city can exercise their right to participate meaningfully in their children's education.”