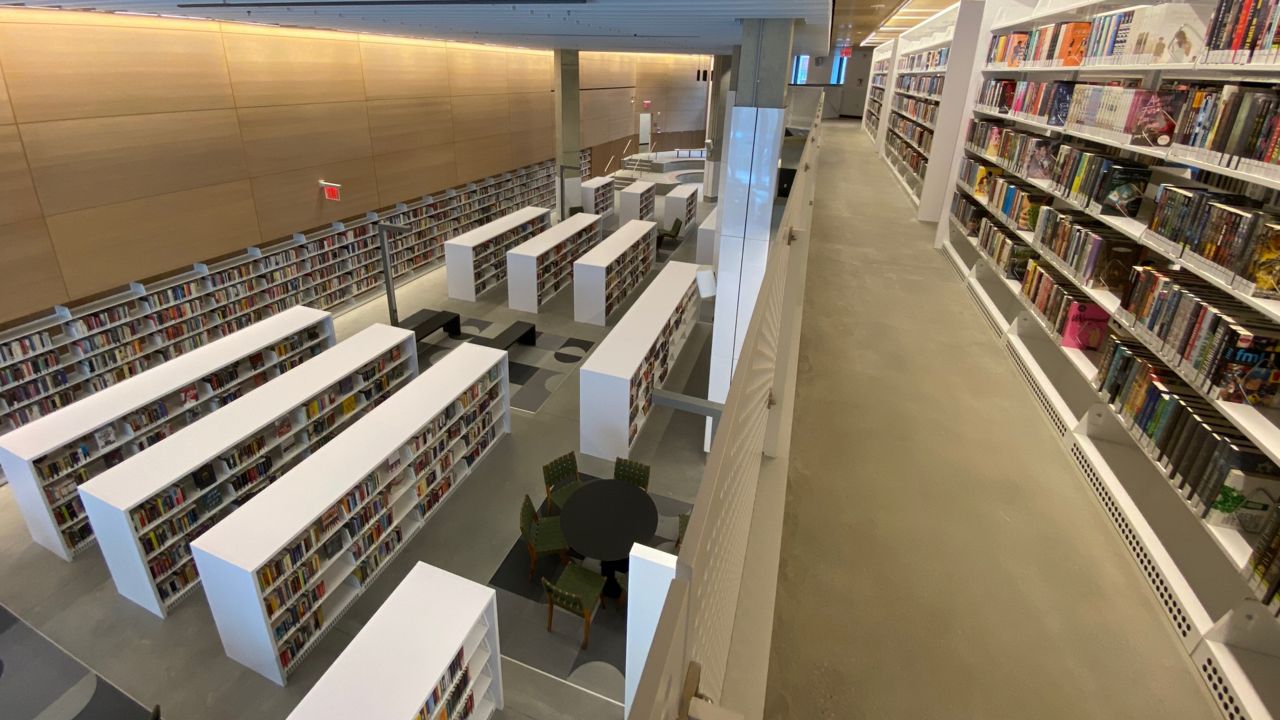 The Brooklyn Public Library opens the doors to a brand new branch Wednesday in Brooklyn Heights, replacing an older branch that had been at the same location. (Spectrum News NY1/Roger Clark)

It's a new look at the corner of Cadman Plaza West and Clinton Street in Brooklyn Heights, which now includes a brand new branch of the Brooklyn Public Library.

"We set out to build something that we felt would serve the community and that would house all of the types of spaces that we needed and heard the community wanted," said Linda Johnson, president and CEO of the Brooklyn Public Library.

The 26,000 square foot branch at Cadman Plaza West is second in size in Brooklyn to only the Central Library in Prospect Heights. It replaces the old demolished branch, which was built in 1962 with the dual purpose of library and federal fallout shelter.

The new $23 million branch is the anchor of a mixed-use development, featuring condos upstairs and the library downstairs. It’s the result of the library's $52 million sale of the property to a developer.

"We took the proceeds and invested it back in the branch to make it beautiful, but then we took the remaining $40 million and sprinkled it all over Brooklyn," said Johnson, who noted that nine branches are benefitting through renovations and rebuilds.

The new branch has plenty of books, computers, a teen area featuring a gaming lounge, a multi-purpose community room and a mini-amphitheater for all types of programming.

Johnson says she expects with the library's close proximity to subways and buses will attract people from all over the borough and beyond, not to mention become a gathering space for the Brooklyn Heights and Downtown Brooklyn neighborhoods.

"We're very cognizant and focused on making sure that the branch libraries remain as relevant as ever to the communities they serve because they serve as community glue, which is kind of a benefit of having a library that's hard to quantify, but is very real," said Johnson, who added, “the library is kind of the town square in every community."