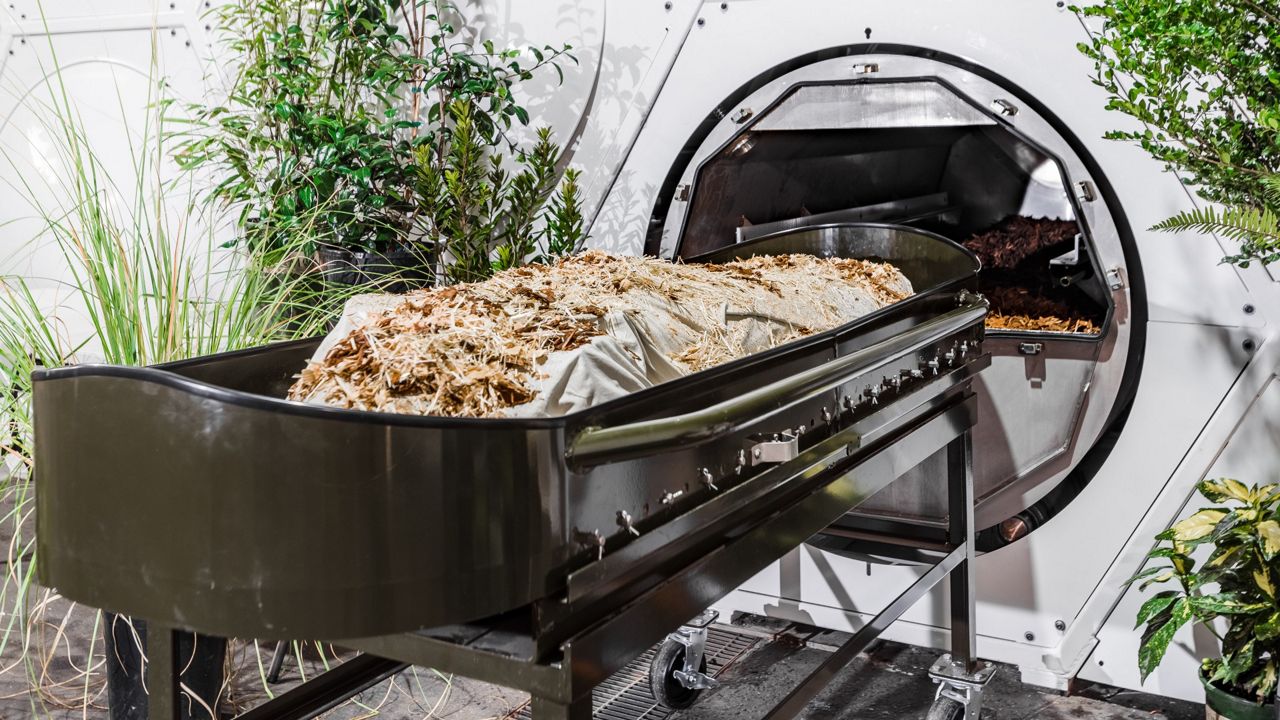 New Yorkers may soon be able to compost their loved ones' remains.

The state legislature passed a bill earlier this month that would allow for human composting, adding New York to a list of only a handful of states that have voted to legalize the option.

The process, known as natural organic reduction, uses an above-ground container to accelerate the process of biological decomposition, turning human remains into soil.

Advocates of the bill say that it is not only better for the environment but more affordable than traditional burials.

“We're glad to be one of the first states in the country to do it,” said Democratic state Sen. Leroy Comrie, who represents southeastern Queens and sponsored the bill. “This is an eco-friendly process compared to other options.”

Avi Small, a spokesperson for Gov. Kathy Hochul, said the governor is reviewing the legislation. Washington, Oregon, Colorado and Vermont have state laws allowing the process.

Natural burials are generally described as a way to return the body to earth without the traditional burial hallmarks like embalming, concrete grave linings and a headstone in a cemetery.

“That's a beautiful option, but it's a rural option most of the time so for people who live in urban centers, how do we have a death care option that benefits the planet? Composting humans is one way to do that,” said Katrina Spade, founder of Recompose, a Washington-based funeral home specializing in human composting.

Natural organic reduction or “human composting” allows city dwellers who don’t have access to large expanses of land to take advantage of a greener burial, advocates like Spade said.

In the organic process, the body is placed inside a vessel on a bed of wood chips. More wood chips are placed on top of the body, and in some cases, flowers are included when loved ones want to take part in the “laying in” portion.

“We just had a laying in ceremony two weeks ago, where we had, like, 43 people here, helping to put the body into the vessel, and then cover it up and then they had a big potluck dinner,” said Walt Patrick, president of Herland Forest, a forest cemetery in Washington.

From there, the container is sealed airtight as the temperature and humidity inside the vessel is regularly monitored. The container is then rotated periodically over the course of several weeks as microbes begin the work of breaking down the remains.

At Recompose, it takes about a month and a half “to go from being human to being soil,” Spade said.

The process produces about a cubic yard of soil, which can come out to about 800 pounds of compost. 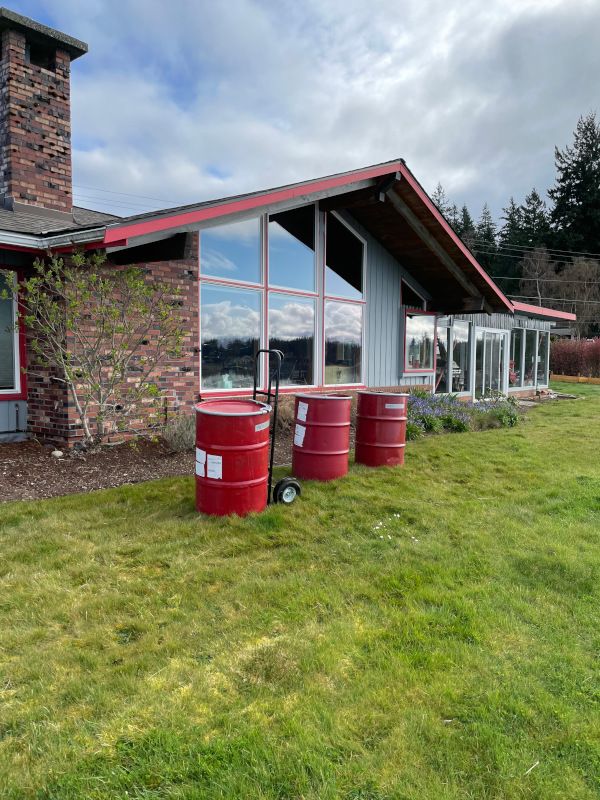 At Herland Forest, people have the option to take home the three 55-gallon drums of soil that the NOR process produces. (Courtesy: Herland Forest)

Some families  take a small portion of the compost — Recompose gives a 64-ounce sampling to each client — and donate the rest to a conservation forest.

“In the case of a nonprofit cemetery, it might be that they have a lot of land that actually does need nutrients and biomass so you can imagine a scenario where if families don't want that whole amount of soil, they might donate it right back to the cemetery that did the NOR,” Spade said.

In Washington, the soil is tested by a third party to ensure there are no pathogens in the compost. The legislation calls for New York state’s Division of Cemeteries to put together its own review process.

Under the current bill, a person would be allowed to take the compost created from a loved one’s remains and plant it on private land. It’s not recommended for gardening or planting, Comrie said.

“You can put it anywhere that's a non-public place that is not something that is going to be reusable or something that people will be eating or drinking from,” he said.

Unlike in other states, like Washington, only cemeteries would be able to apply for a license with the state’s Division of Cemeteries, Comrie said, leaving out funeral homes.

That’s why the New York State Funeral Directors Association is opposed to the bill.

“Funeral directors have always essentially prided themselves as being very responsive, fully responsive, to what a person deserves for their own funeral and burial — however they would like it,” Randy McCullough, deputy executive director of the organization, said. “And we still want to do that with this process. We're not opposed at all to the introduction of these alternative disposition processes, per se.”

The Catholic Church is also opposed to the bill.

It’s a process that advocates believe could take some time to get used to by the general public, but could be an important option for those committed to decreasing their carbon footprint.

“I've already heard from three or four of my vegan friends that are excited about having this option so I'm sure it will grow in popularity over time," Comrie said.