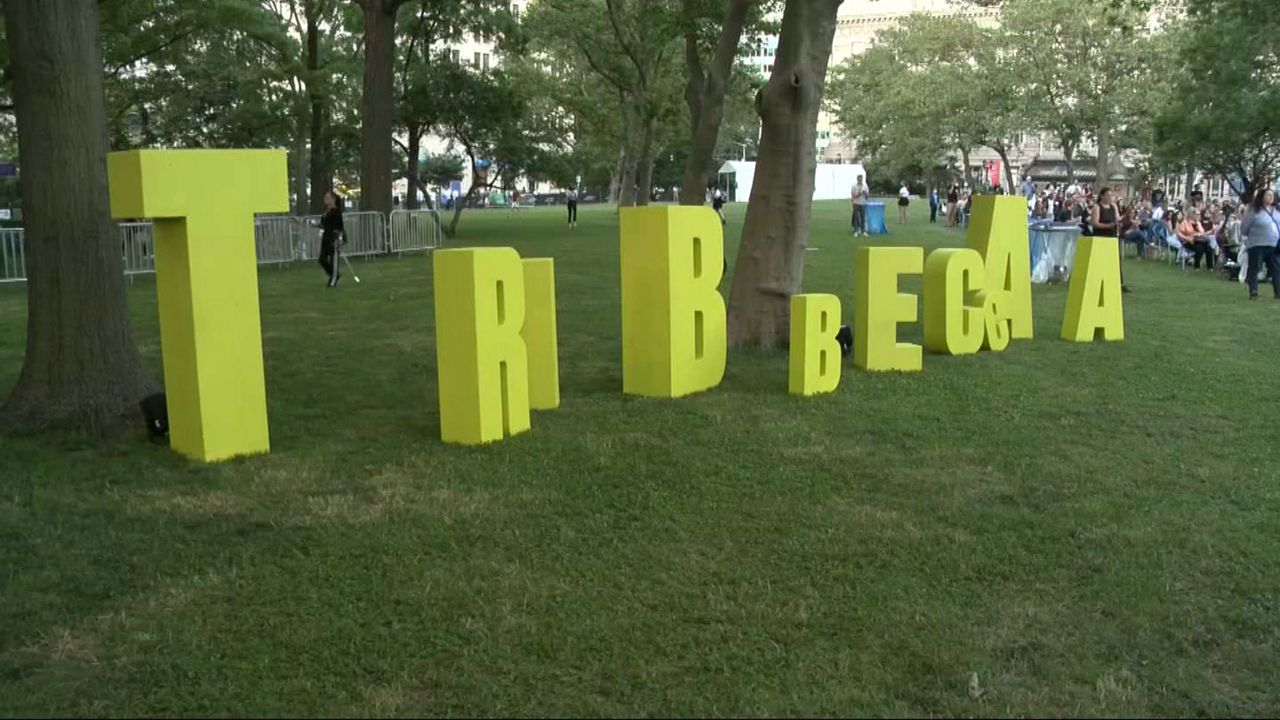 It’s time for the Tribeca Festival, and the 21st edition brings a lot to celebrate, including George Whipple’s first sit-down interviews since the COVID-19 pandemic began.

Festival cofounder Robert De Niro told Whipple how it feels now that we are almost back to normal.

“I've been shooting a couple of movies,” De Niro said. “We've had a lot of some sets have more strict protocols. Others are a little looser, but basically, everybody's trying to be safe. And it was nice to get back to this. I don't know. It's weird. It's two years. And it's weird warping time, if you will. I'm happy that we're here, though.”

This year’s festival features 111 films from 40 countries. It also includes television, immersive art, talks, narratives and live music. Last year, Tribeca was the first in-person festival in North America since COVID-19, and this year, the festival is back to full form.

Festival cofounder Jane Rosenthal told Whipple they have been able to make some bold moves with the festival again this year.

“We've made them by a lot of luck," Rosenthal said. “Good timing, our festivals now in June, which has been great to do more outdoor events. But we have an extraordinary team where no’s never been an option. And we just keep plowing ahead.”

And they’re plowing ahead by opening the festival with JLo’s documentary, called “Halftime,” at The United Palace in Washington Heights. Rosenthal explained why they chose to open in Upper Manhattan.

“Have you been in The Palace Theater in New York? It’s gorgeous. And the film festival is not just about being in Tribeca," Rosenthal said. "We’ve been at the Beacon, the Bronx, the Battery. We're in Brooklyn. So you know, we like to spread it around. But that is a gorgeous, gorgeous theater.”

The festival closes with another New Yorker, Al Sharpton, and the documentary “Loudmouth.” Rosenthal explained the decision to open and close the festival with two New York City icons.

"It's because New Yorkers resonate with the rest of the world, with their stories, and so many great stories come out of New York. And we'd like to spotlight our hometown icons, and also some of the people you don't know about,” Rosenthal said. “You'll see a really fun short film at Brookfield Place that New York Nico has done about some crazy New York characters. We also have wonderful films about John McEnroe.”

“I keep thinking we're gonna run out of reunions after a while,” De Niro said. “What am I going to do?”

The festival kicks off on June 8 and runs until June 19. For a schedule and tickets, go to its website.