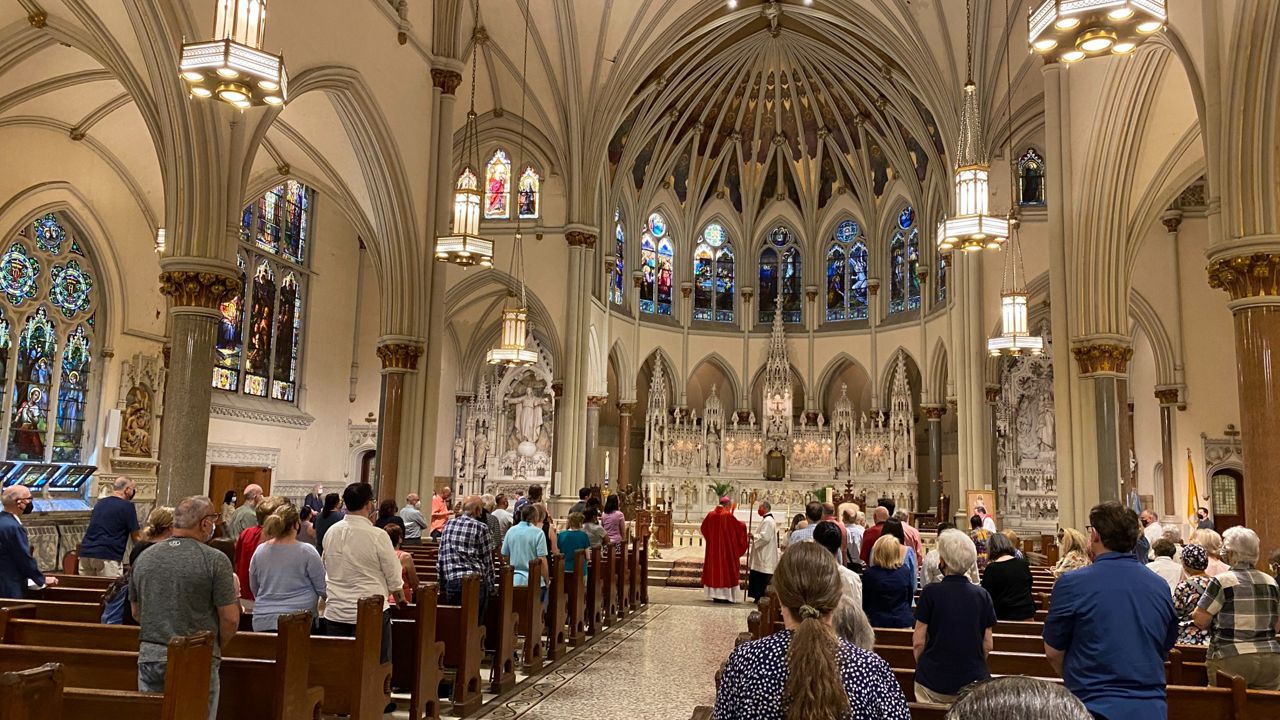 The head of the Brooklyn Diocese blessed the church and offered spiritual guidance to a parish in mourning after a tabernacle was stolen. (NY1/Rebecca Greenberg)

The head of the Brooklyn Diocese blessed the church and offered spiritual guidance to a parish in mourning.

“When something like that happens, we need to restore it to its dignity,” Bishop Brennan said. “But more than that, we need consolation in our hearts. We need healing and, hopefully, a sense of renewal.”

According to the NYPD, church staff discovered the $2 million dollar tabernacle was stolen, and the altar had been vandalized one week ago. There were no witnesses or security footage. Police say parts of the surveillance system also were taken during the burglary.

“Utter disbelief that they had the nerve to do something like that,” parishioner Mari Ellen Murphy said. “It was certainly well-planned out for sure. Hopefully, they get them.”

Longtime members of Saint Augustine like Cecilia Gottsegen, say the tabernacle is priceless and irreplaceable.

“The tabernacle is a material thing. But it holds so much greater,” Gottsegen said. “Pray for the people who did it because they need a change of heart.”

Still, Bishop Brennan remains optimistic, knowing there is always a lesson to be learned, even in times of hardship.

“There’s an opportunity to have appreciation for the Blessed Sacrament, for our church, for one another,” Bishop Brennan said. “That’s a hopeful outcome out of all of this.”

These signs can now be seen all around the neighborhood, announcing up to a $3,500 reward. Police are urging anyone with information to call the Crime Stoppers hotline at 1-800-577-TIPS.