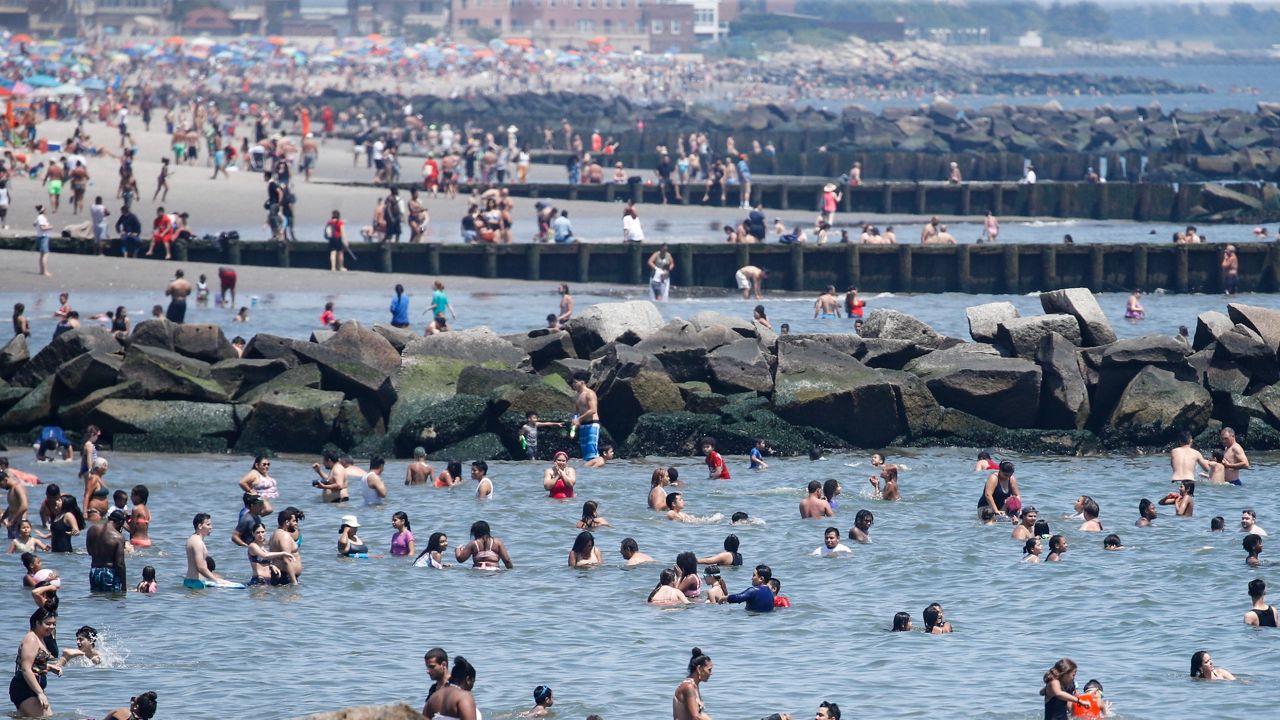 The city’s eight beaches are officially open and many flocked to them for the Memorial Day weekend, even as the weather was cloudy and wet Saturday.

Beaches are open from 10 a.m to 6 p.m. every day. The parks department reminds beach goers, swimming is unsafe and prohibited whenever life guards are not on duty.

On Saturday, city parks commissioner Sue Donohue spoke about a nationwide life guard shortage. Donohue said the city is seeing the shortage locally with fewer numbers that’s in the past, but that it would not impact beach operations

On Saturday, beaches at Coney Island were not packed, as potential storms were expected in the afternoon.

“I’m hoping that the storms will pass and not come to fruition but, you know, we’re just going enjoy the sun and the warm vibes while we still can and hopefully it won’t be thunderstorming, but if it does we’ll just have to head back home. I’m not trying be out here,” said Manhattan resident Salwa Ahmed.

But the poor weather didn’t stop some from doing what they would normally do on the holiday weekend.

“We’re out here early because we know no matter what weather people may think we’re going to have it’s going to get crowded. So we rather come early. Set up early. As you see it’s clean it’s nice the sun is coming out," said New Jersey resident Lizza Quinones. "So we have a good time."