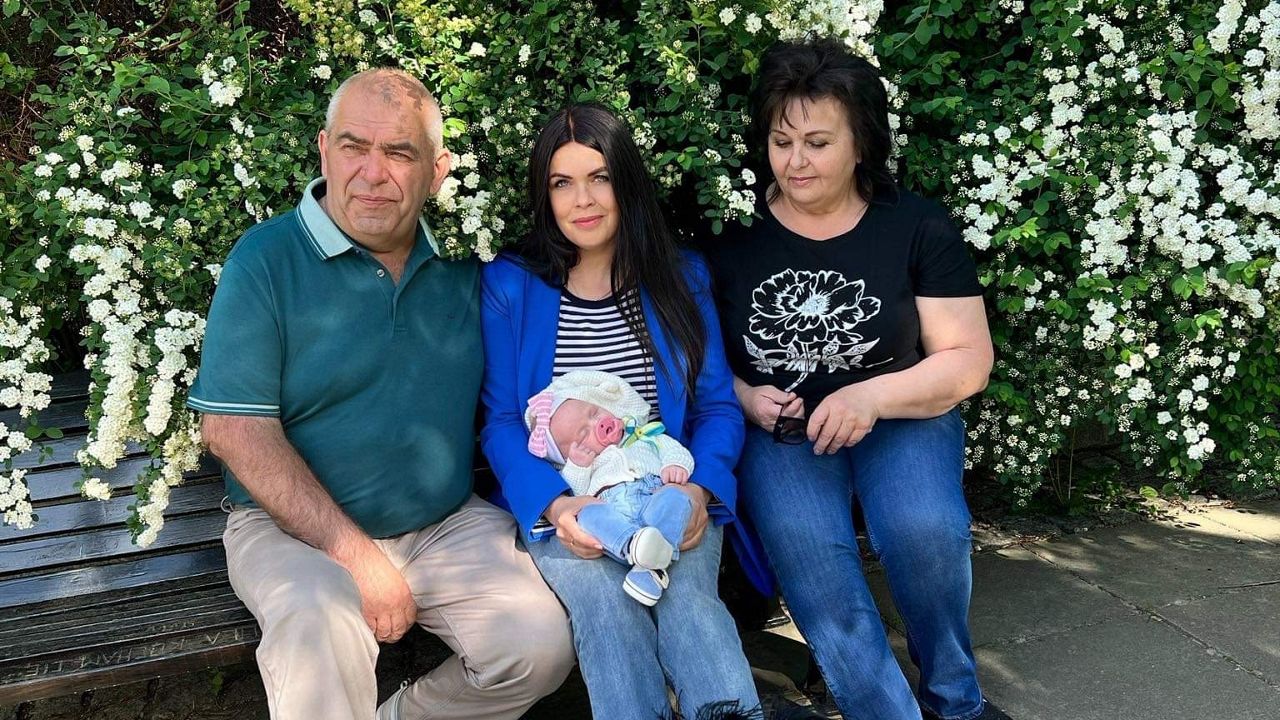 Mom and baby reunited with family in Poland, then traveled to Albania, where they are staying with friends until it’s safe to return to Kyiv. (NY1/Stef Manisero)

Olesia Ostafieva changes one final diaper, before saying goodbye to the room in her friend’s apartment that doubled as a nursery.

The room where Ostafieva learned to become a mom, it’s the only home her daughter, Kira, has ever known.

“It was just two months, but for me it was like one year,” Ostafieva said.

In February, Ostafieva fled her war-torn home city of Kyiv at nine months pregnant to give birth to Kira here in New York.

Now they’re heading back closer to home after nine long weeks away.

“We want to return to Kyiv on Easter, but Easter was three weeks ago and we can’t do it, still,” Ostafieva said.

The situation back home was made easier, with her friend and host, Anna Arima, by her side every step of the way

From rallying for their home country in Times Square, to the moment Ostafieva came here for, Arima holding her hand as she welcomed Kira into the world, safely.

“I think it was second day when we return from the hospital, and Anna said, ‘Go to coffee, and we’ll stay with Kira,’” Ostafieva said. “Because, for us, it was super, super fun to take care of her,” Arima said. “And we wanted her to, as long as possible, feel kind of like — life didn’t change.

But life, of course, has changed.

The day Kira was born, Ostafieva’s parents’ home in Eastern Ukraine was bombed.

They made it safely to Poland, where Ostafieva flew from New York to meet them, where they got to hug Kira for the first time.

“Every day they call me by video,” Ostafieva said. “They ask to change camera from me to Kira.”

Leaving her city of refuge, Ostafieva said it now feels more like home, saying, “New York is second beloved city after Kyiv for me.”

While she’ll miss introducing Kira to some of her favorite places like The Met and Central Park, she says she’ll miss her friend the most.

“We are always here for her to come, she still has her room,” Arima said.

At the same time, she’s excited for Ostafieva to be reunited with her family.

“She’ll be surrounded — I can’t say with more love, because we gave everything we had to those two,” Arima said.

With one final hug, they’re off to yet another country, still holding onto hope of the war-free day they can finally return home.