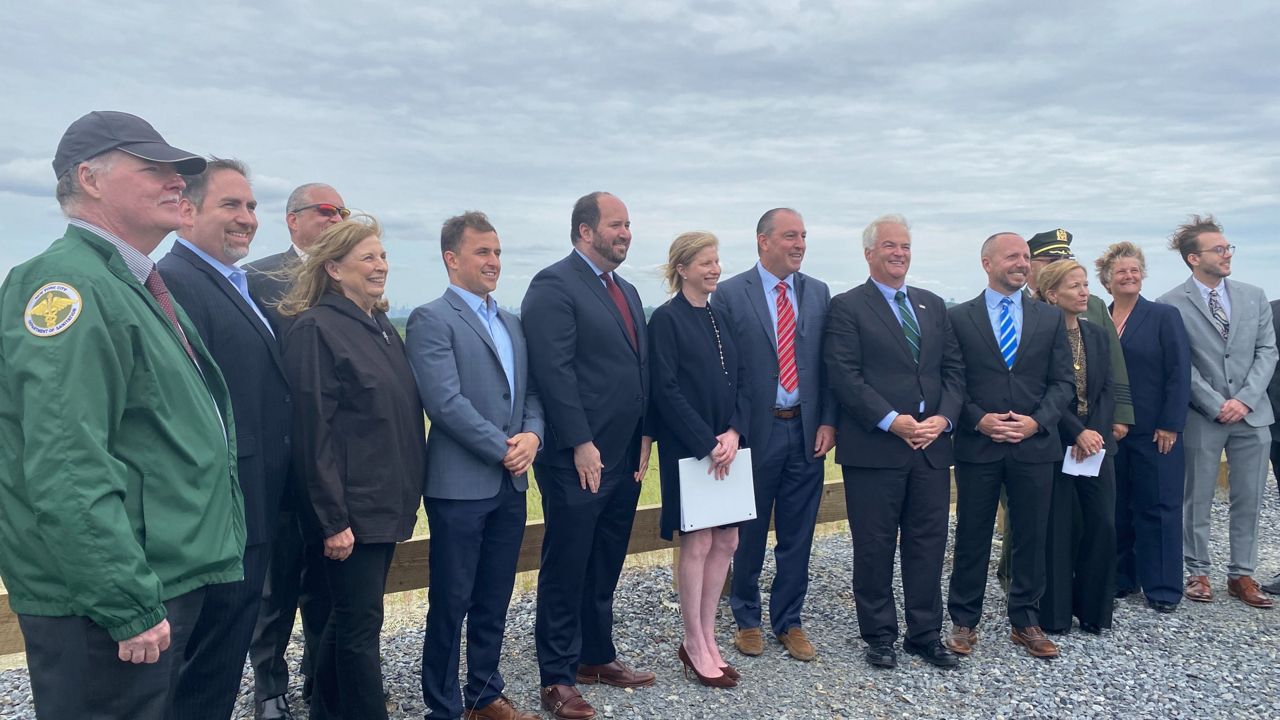 Staten Island elected officials remember what it was like living in the borough when many referred to it as “the dump.”

“The joke was if you drove through Staten Island, New York, along the West Shore Expressway you’d roll up your windows because the smell was so bad,” said Staten Island Borough President Vito Fossella.

“If you went to the Staten Island mall, the smell could be overwhelming,” added Staten Island District Attorney Michael McMahon. “Row after row of houses were people living with some environmental nightmare: the smell, the gasses, the garbage, the plastic bags, the birds.”

The Fresh Kills Landfill collected New York City trash from 1948 through 2001. The site also played a major role in collecting debris after 9/11 and at one point it was the largest landfill in the world.

Together, they handed it over to the city’s parks department to create what will be a greenspace three times the size of Central Park once complete.

“What a beautiful place, something you may not have said 20 to 30 years ago,” said Basil Seggos, the commissioner the state’s environmental conservation.

“Fresh Kills is a historic site in so many ways,” said Parks Commissioner Susan Donoghue. “It's a Moses Era project, New York City's last and biggest landfill and part of our Ground Zero recovery efforts. And now it's the largest landfill-to-park project in the world.”

Since 1986, the city has spent nearly $1 billion to close the landfill in sections. In 1997, two of the four mounds were closed and capped off. On March 22, 2001, the landfill received its final barge of residential trash.

The Fresh Kills Park will become the second largest park in the city behind Pelham Bay Park.

The assistant commissioner of waste management for the sanitation department says the public should not worry about emissions from the former landfill.

“The geomembrane is a plastic sheet. It's about 16 mils thick. So that contains that. Then we have below that we have an additional system for collecting gasses that they collect under that plastic,” Phillip Gleason said. “On top of that, we have another system that deals with when the rain gets on that sort of water will drain away rather than just accumulate on top of the plant. This final cover cap is the equivalent of a green roof except you can drive cars over it.”

The 2,200 acre park will open in phases. The first phase of the project within the boundary of the former landfill is expected to open by the end of the year.

Officials say New Yorkers can expect areas to kayak, take photos and enjoy views of Manhattan, all in the hope of making an island once derisively referred to as New York City's dump, perhaps one day affectionately labeled New York City's park.