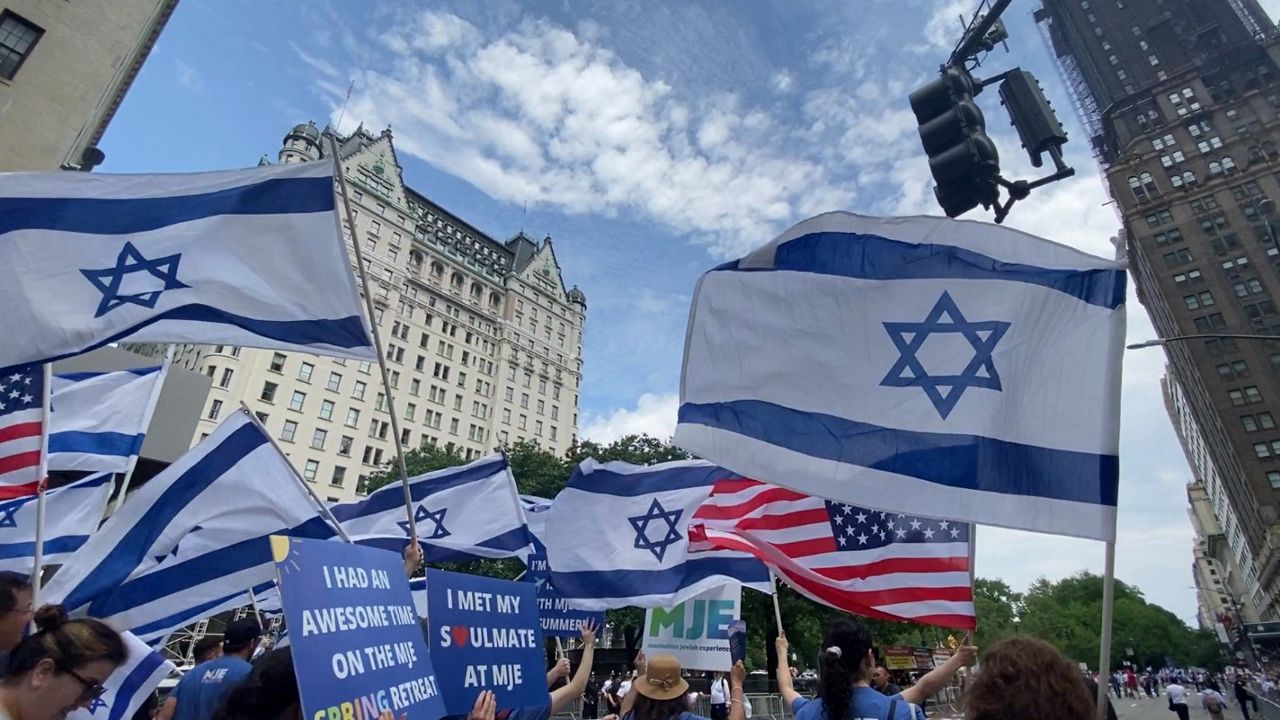 The Celebrate Israel Parade elebrates Jewish and Israeli culture and highlights the longstanding relationship between the U.S. and Israel. (NY1/Rebecca Greenberg)

Rita Cohn, 92, has been coming to this parade for over 30 years. Cohn says there are many reasons why she attends this event every year, "My love of Israel and Jewish people and my expectation that there will be peace and that Israel will prosper."

Cohn was born in Poland and fled to the United States with her family during World War II. She says the state of Israel holds special significance to her, "It's my identity as a Jew. I've always loved Israel from the time I was 11 or 12-years-old."

Paradegoers were met with anti-Israel protestors who waved Palestinian flags and chanted into a megaphone.

Gabe Sasson says celebrations like these give him hope for a better future, "If there could be peace and safety there, that would obviously be ideal for the entire world."

The annual parade took a two-year hiatus due to the COVID-19 pandemic. Sasson says the amount of people participating and in attendance this year is encouraging, "It was really tough the last couple of years because we didn't have this parade because of the pandemic and now I think people are back in full force and I think it's incredible to see the support for Israel."

Joan and Sheldon Rosenberg have been married for 57 years. They say their Jewish heritage is what unites them and their entire family.

"It means that there's a homeland for people to go to," Joan said. "And I think every culture should be allowed to celebrate their culture peacefully in this world today."