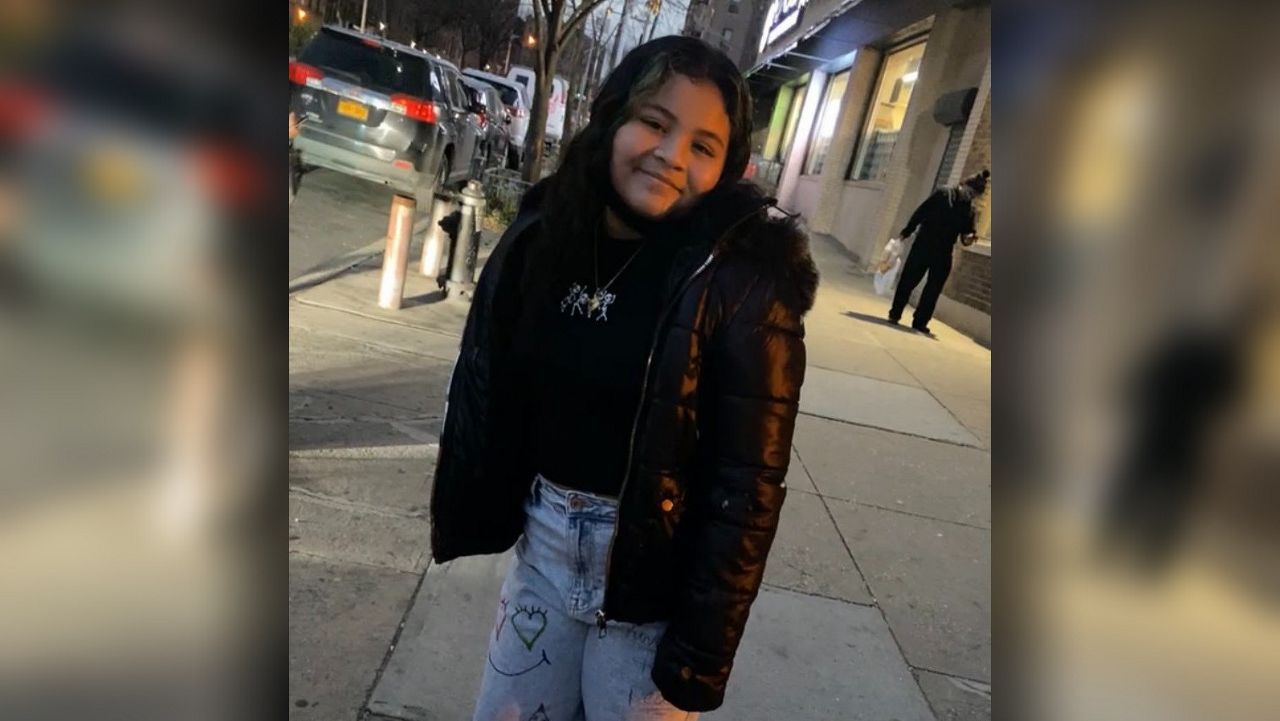 An undated photo shows 11-year-old Kyhara Tay, who died Monday after being struck by a stray bullet in the Bronx. (Courtesy of the Tay family)

A memorial has begun to grow in the Bronx where an 11-year-old girl was killed after being struck by a stray bullet Monday night.

The incident began just before 5 p.m. in the Longwood section of the Bronx, on Fox Street, near Westchester Avenue, when two people on a scooter were chasing a male on foot down the street.

NYPD Assistant Chief Philip Rivera, the commanding officer in the Bronx, said one of the men on the scooter fired at the man on foot and one round struck the child in the abdomen.

Authorities said she had been walking on the street with her family, about a block away from the suspects.

The girl, identified as Kyhara Tay, was first pulled into a nail salon, where workers tried to help her.

“I pulled up her T-shirt and she was bleeding,” one employee at the shop said. “I said, ‘she got shot, call the ambulance,’ and I told the lady to give me napkins to put pressure on her.”

EMS responded and transported Tay to Lincoln Hospital, where she later succumbed to her injuries.

On Tuesday, a memorial had begun to grow on the street where Tay was shot, with people leaving stuffed animals, candles and other mementos.

Tay's step-aunt pleaded for justice at the memorial. 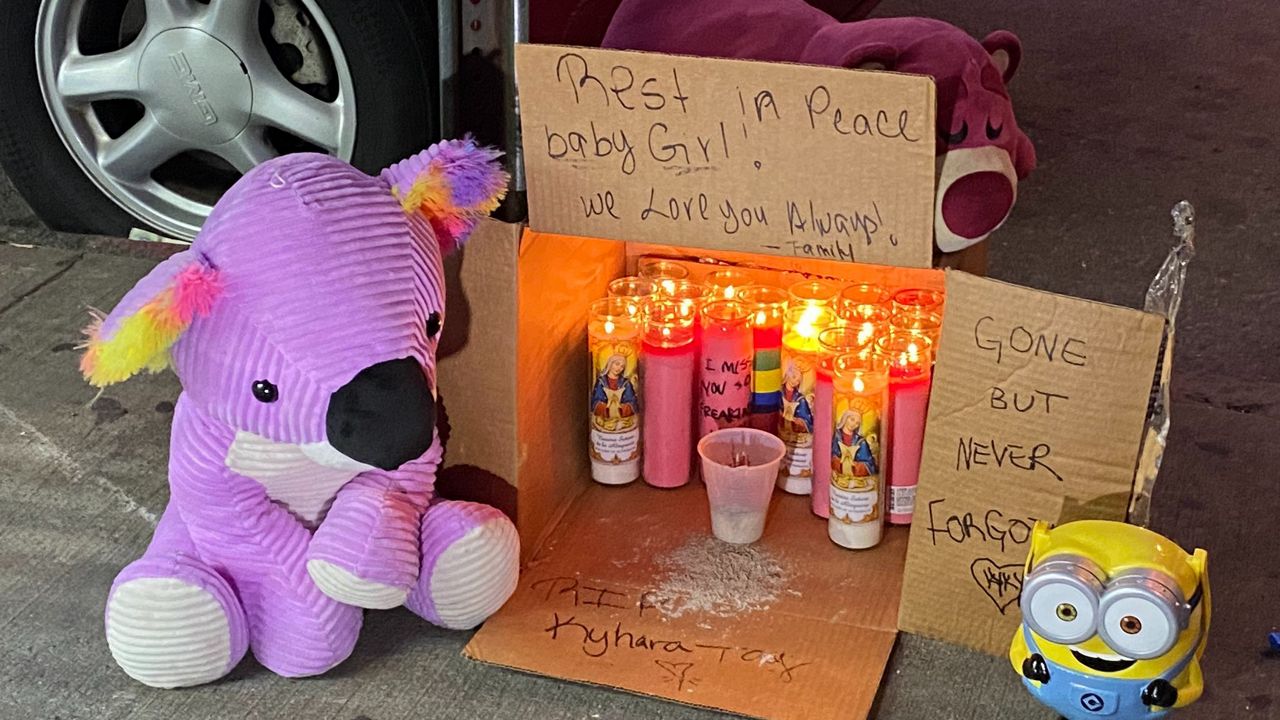 A memorial grows in the Bronx, where 11-year-old Kyhara Tay was fatally struck by a stray bullet on May 16, 2022. (NY1/Alyssa Paolicelli)

Paullette Soto visited the memorial Tuesday morning to pay tribute to Tay. Soto was the ambulance driver who rushed the 11-year-old to the hospital.

"Driving down the exact path I took yesterday to the hospital I was a bit anxious," Soto said. "But this is the job I signed up for and this is what I am going to do. I am going to keep serving the community and help serve the best I can.”

The South Bronx native and mother said the call will stay with her forever.

Others at the memorial called for an end to the violence.

“They need to stop this. When the kids start paying the price like this, it’s like that’s the limit,” said one neighbor, who came to place a candle at the memorial site Tuesday.

“They need to put more police out here and do something for these teenagers that are causing problems out here,” he added.

The neighbor said many children and teenagers in the area have become desensitized to violence and said “somebody has to take accountability and nobody wants to.”

Police are still searching for the people on the scooter and the intended target in the shooting. The NYPD is offering a $3,500 reward for any information that can help their investigation.