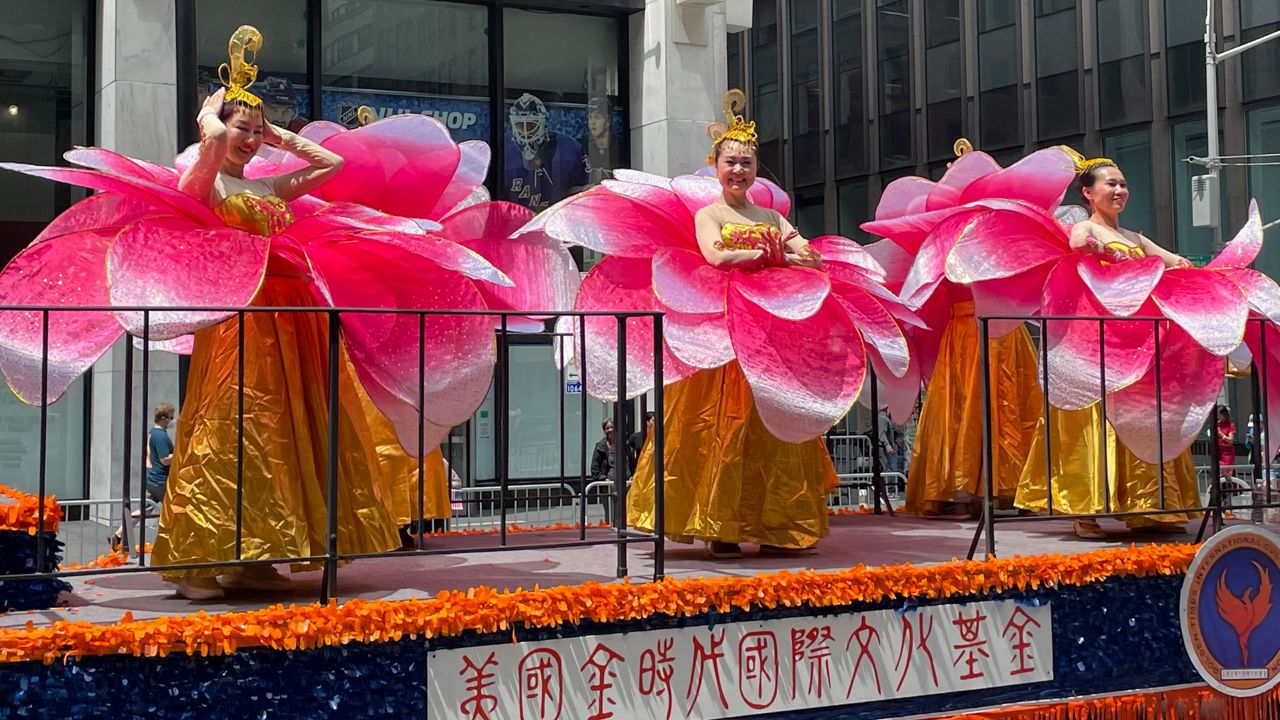 Thousands of people marched, sang, danced and cheered along Sixth Avenue on Sunday, celebrating the diversity and strength of the AAPI community. (NY1/Rebecca Greenberg)

The first Asian American and Pacific Islander Cultural and Heritage Parade started off with a bang. Thousands of people marched, sang, danced and cheered along Sixth Avenue on Sunday, celebrating the diversity and strength of the AAPI community.

"You are very much part of the fiber of this city," said Mayor Eric Adams who highlighted the obstacles Asian American New Yorkers have faced since the start of the pandemic.

According to the NYPD, there were 131 hate crimes targeting Asians in New York last year. Compare that to 2019, when just one anti-Asian hate crime was reported. Many members of the AAPI community say it’s important to be visible.

"It's very important to feel the acknowledgment, the acceptance of the city. I've never seen anything like this. It's wonderful to be a part of," Cindy Madej, who attended the parade with her husband Marcin and son Matthew, said.

"This is why we live in New York, to have all this cultural diversity and this is what New York City is all about," Marcin Madej said.

Cindy and Marcin said they want their son to feel free to be himself and celebrate all parts of what makes him unique.

"It means everything. It means I could walk down these streets that myself, my family, my son should be here," Cindy Madej said.

The AAPI community is one of the most diverse in the city, representing more than 30 ethnic groups and speaking 50 languages. Paradegoers said it’s time for New York leadership to look more like the communities they serve.

New York City is home to the second largest Asian American and Pacific Islander population in the United States. The AAPI community is also the fastest growing racial group in the city.