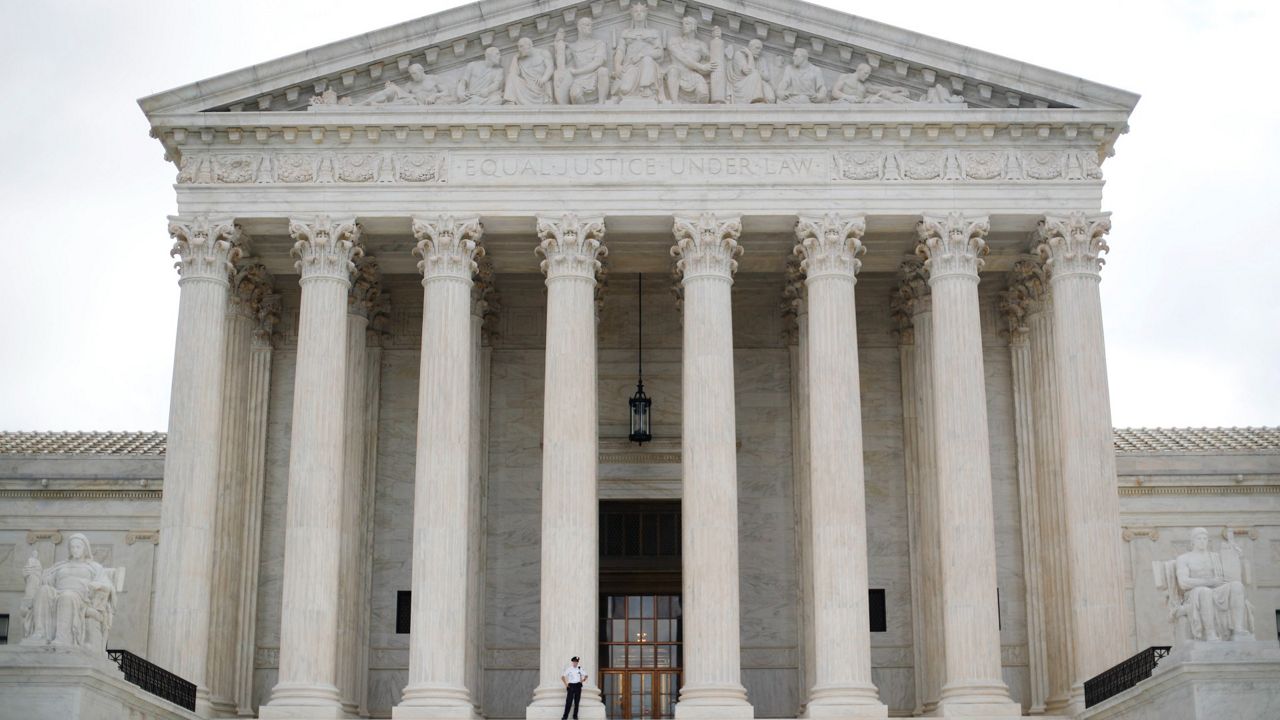 Most legal observers believe the Supreme Court is poised to strike down a New York gun law that limits the ability to carry a gun outside the home. (AP Photo/Pablo Martinez Monsivais)

In a landmark 2008 ruling, the Supreme Court cited the right to self-defense in upholding the right to keep guns in one's home.

The question now before the court is whether that same right extends to the streets of New York.

"This is not Jesse James and The Sundance Kids -- who can draw the fastest,” Mayor Eric Adams told reporters Friday, arguing that New Yorkers legally carrying guns will not make the city safer.

Officials are warning of dire consequences if the court rules against New York’s concealed carry law, which requires that you demonstrate a special need for self-protection in order to obtain a permit. The conservative-leaning court seemed skeptical of the law at oral arguments in November.

“Unless there’s a big surprise, based on this Supreme Court, based on how they asked the questions in the argument, the result here is going to be more people carrying guns in New York City,” said Michael Waldman, president of the Brennan Center for Justice at NYU Law School.

Waldman says the ruling could take many forms. The question is how much room it leaves for government regulation.

State leaders are preparing for the worst, and say they’ll craft new legislation that goes as far as possible in restricting concealed carry while still conforming to the court’s ruling.

“I’m not expecting any great news from this Supreme Court,” said state Senator Michael Gianaris, a leading Democrat. “We’re not going to just sit back at a time of increasing gun violence and not react when the Supreme Court puts us in greater danger than we’re already in. So you can rest assured that the legislature will move very quickly.”

Mayor Adams, who has made removing guns from the streets a top priority, refuted the notion that law-abiding gun owners could deter crime.

“For those who are stating that if all the bad guys have guns, let's equal it out by having all the good guys have guns, that is just so dumb,” he said. “There's a tendency that people believe if they've got a gun, why have it, if I'm not using it? That's just the mindset of carrying a gun. We have to rid our streets of guns from good guys and bad guys.”