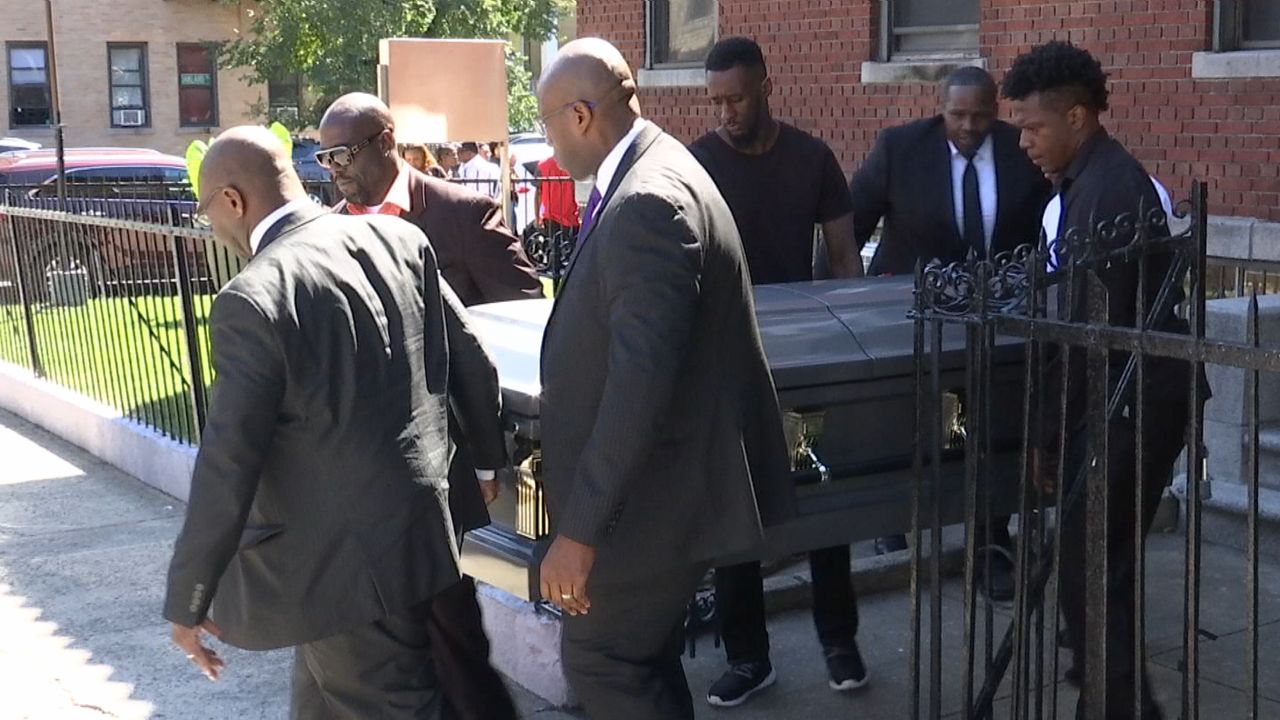 Family awarded $1.5M after inmate dies by suicide, buried at prison without their knowledge

The funeral for Lonnie Hamilton happened six months after he died. He was buried in 2016.

That's because when the 22-year-old died by suicide in a state prison near Syracuse, no one told his family in the Bronx.

"Ultimately buried him up at the Marcy Correctional Facility without letting anybody know," said attorney Zachary Giampa.

The Hamilton family found out two months after the fact. They eventually had his body exhumed to hold their own funeral.

In his decision, the judge pointed out that Hamilton's prison record "describes an individual who needs or may need psychiatric treatment for a major mental disorder and requires housing in a facility with full-time OHM (office of mental health) staff."

Hamilton was sentenced to two-to-six years for a robbery. When he died, he was in the special housing unit at Marcy Correctional Facility in solitary confinement. Other inmates testified he was being mistreated and threatened to kill himself and corrections officers encouraged him to do it.

One former inmate, who didn't want to give his name told NY1 what he heard corrections officers say.

"That was corroborated with two other individuals that were incarcerated and in cells next to him who testified to that same exact fact," said family attorney Zachary Giampa. "About five other individuals providing written statements all saying the same thing."

Court documents say the same week he killed himself he was taken off of suicide watch by mental health workers. Just minutes before he hung himself with a sheet, a corrections officer reported seeing him standing on his prison bed, but didn't tell him to get down. The judge found plenty of documentation that Hamilton was a threat to himself and wrote in his decision, "Lonnie previously attempted suicide by hanging and felt he had 'nothing' to look forward to."

His family hadn't spoken to Hamilton in a few months and when they did a prisoner search online on the state's corrections website, they were stunned it said the 22-year-old was deceased.

Prison officials say they could not locate his family, despite his family still living at the same address where Hamilton was arrested. They're outraged that no one was fired for his death.

In reference to the court ruling in favor of the Hamilton family, the state's corrections department said in a statement, "The decision, which involves both the Department of Corrections and Community Supervision and the Office of Mental Health is being reviewed."

The family now has a federal court case against individual corrections officers for violating the constitutional rights of the 22-year-old.