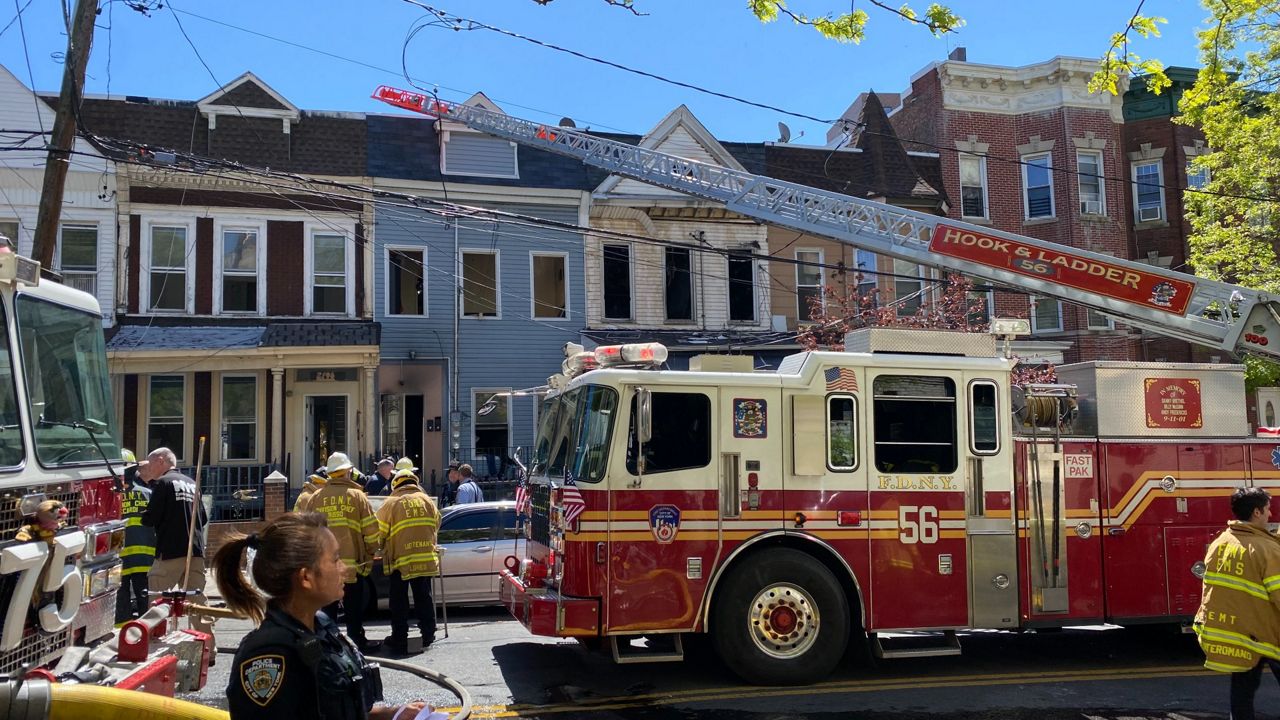 Firefighters battle a blaze at a home on Valentine Avenue in Fordham on Tuesday, May 10, 2022. (NY1/Daniel Huppert)

One person died and eight others were hurt — including three firefighters — after a fire tore through a home in the Bronx Tuesday morning, authorities said.

The four-alarm fire broke out at a two-story home on Valentine Avenue, between East 181st and East 182nd streets in Fordham, around 9 a.m., FDNY Acting Chief of Fire Operations Richard Blatus said at a news briefing.

The NYPD identified the victim as 73-year-old Betty Lee.

Speaking with NY1, the victim’s daughter, Nina Earl, recounted the moments leading up to the fire.

“She just moved in with me about a year ago, you know. I’m taking care of her, you know, I’m making sure she’s good and everything, and I just got up at 8:45, my alarm rings, got up to check on her and give her breakfast,” Earl said.

Earl’s mother refused to leave the home without knowing her grandson — who was asleep in a back room — was safe, despite the fact that smoke was filling the home, she said.

“Thank God he ended up jumping out the back window,” she added.

Firefighters brought the blaze under control by around 10:45 a.m., the FDNY said. The cause of the fire is under investigation.

The American Red Cross responded to the scene and provided assistance to 10 people from three different families, the organization said. The fire damaged six neighboring buildings, according to the city’s Department of Buildings.

The blaze broke out a block from the site of the deadly Twin Park North West fire that killed 17 people in January.